Coronavirus and Universal Basic Income: Inoculating against the virus of insecurity - The Canary 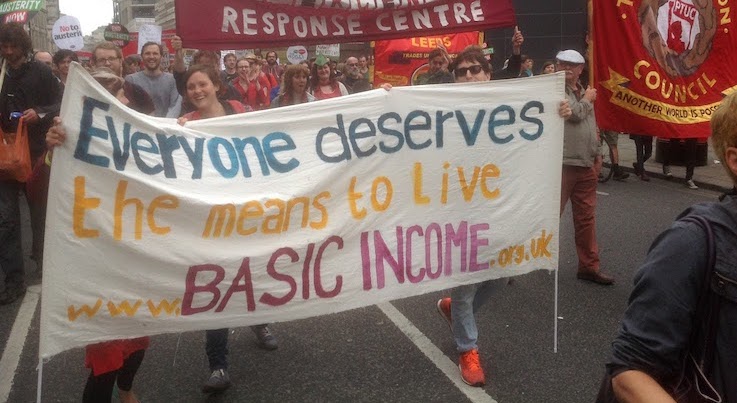 The coronavirus (Covid-19) crisis has seen a huge upswing in both political and grassroots support for Universal Basic Income (UBI). However, the idea that everyone should get a regular cash payment from the state, without means test or work requirement, bubbled up into prominence a few years before this crisis.

Many factors prompted this interest: the rise of zero-hours and insecure work contracts; the misery of increased benefit conditionality; cuts to unemployment and disability benefits. Added to this are worries about automation and who will benefit from it; the urgent need for society to transition from dependence on fossil fuels and environmentally destructive activities to one that respects both people and the planet.

Now, when many are told not to work, or even go out, we can clearly see who the really essential workers are for society to function, as well as the fact these workers are largely unpaid, underpaid, and/or in insecure jobs. It’s the parents, especially mothers having to look after kids taken out of school, as well as somehow do their paid jobs (if they have them) from home. It’s our neighbours who have formed mutual aid groups to look out for the most vulnerable and those who had to self-quarantine. The NHS staff and care workers without the PPE they need to stay safe. The shop workers. The teachers. The workers who keep our water, fuel, transport, postal, and online systems going. People working via delivery apps. And lastly, but certainly not least, the farmers and farmworkers responsible for growing the food we all need.

While these people have struggled, others have not: has anyone noticed whether CEOs or financiers have been working from home or not?

The government does indeed have a ‘magic money tree’ after all

What has now also become apparent is that there was never a problem with paying for UBI, or anything else society needs. The extra measures the government has put in place to keep people in work, and support businesses, were estimated to cost over £350 billion in March. When it decides to use it, the government does indeed have a ‘magic money tree’ after all.

The gaping holes in our social security system have become obvious to many more people. Universal Credit, which was never ‘fit for purpose’, is now creaking under the weight of over 1.5 million new applications. Claimants will still have to wait at least five weeks to see any money, assuming they have access to and can negotiate the online process. And, while the suspension of job search requirements is welcome, the two-child limit, the bedroom tax, the insufficient amounts allowed for rents, the fact that the whole amount is placed in the hands of a sole ‘head of household’, all remain in place.

The extra measures the government has taken in the wake of the crisis have their own holes.

The Job Retention Scheme relies on employers to administer it without requiring them to retain jobs. So far, a relatively low number of employers have taken up the scheme. Meanwhile, loans to small businesses requiring a bank’s approval were all but ignored by many SMEs (small and medium-sized enterprises) until they were, recently, 100% guaranteed by the government. The self-employed have been told to wait for help until June under the HMRC’s “don’t call us we’ll call you” scheme. Rents and mortgage payments have only been suspended, not stopped, and London councils expect a wave of evictions after the lockdown ends.

In the middle of all this, the need for and utility of UBI has become obvious to many more people.

As a result, in the middle of March this year, people from UBI Lab Network, Basic Income UK, Citizens Basic Income Network Scotland, Basic Income Conversation, Basic Income Wales, and Basic Income Northern Ireland started working together to lobby MPs and local politicians for an Emergency Basic Income, to make sure no one would be left out of aid when the inevitable lockdown began.

Several petitions went up on Change.org, which gathered over half a million signatures between them, while a petition to Parliament topped 100,000 within a week. An Early Day Motion was put forward by MP Kevin Brennan, now supported by 97 MPs. Alex Sobel MP wrote a letter to chancellor Rishi Sunak, signed by 175 parliamentarians. Several groups came up with plans for how to do it: UBI Lab Sheffield, Autonomy, and the RSA. Within a week Johnson and Sunak had to field questions about it from both the press and other MPs.

Although the government dismissed them at the time, what is certain is that the demand for emergency basic income from so many quarters pushed the government to finally offer something, however inadequate, to self-employed people.

Despite the government’s claims that UBI would be ‘too complicated’, those questions haven’t stopped.

Several new local groups have sprung up recently and have called on their councils to #tryUBI, including Brighton, Birmingham, York, Hull. They join others in Sheffield, Liverpool, Leeds, Kirklees, Newcastle, and Norfolk. Last week a cross-party group of 110 Parliamentarians published a letter in the FT calling on the government to consider a recovery basic income for when the lockdown ends. We are all determined to maintain this momentum beyond the lockdown.

It’s vital we end the economic insecurity so many of us felt before this crisis, hugely amplified now. It so easily mutates into fear, anxiety, racism, domestic violence, stress, and ill-health. Whether paid or unpaid, we all contribute to society. We should all have whatever it takes to live, to dream, and to create a better environment for all. 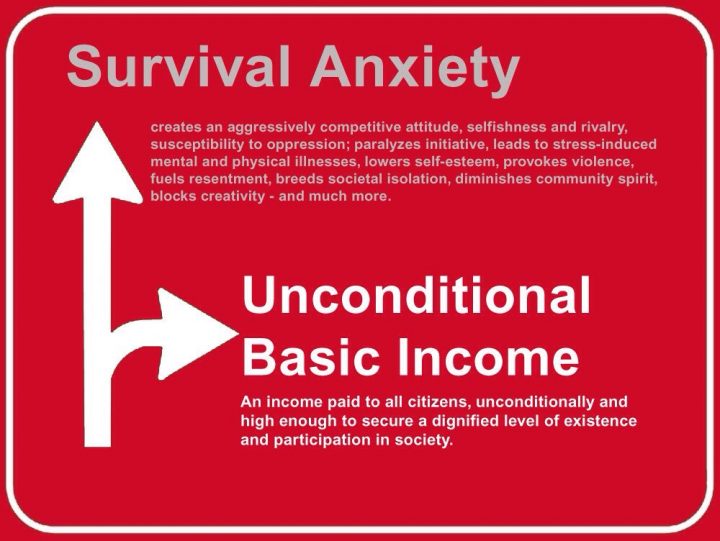