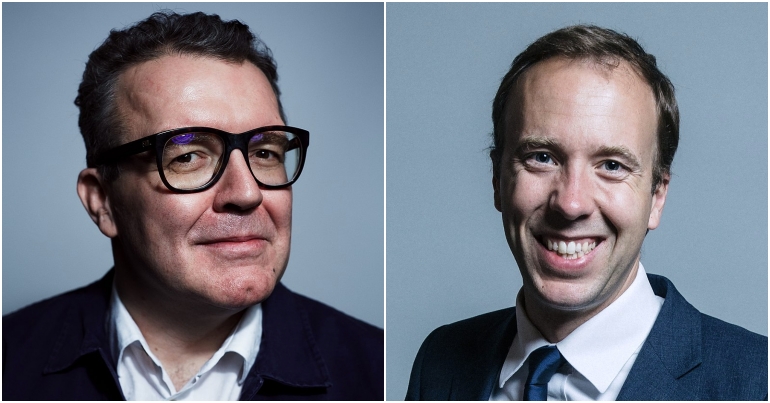 On 1 May, health secretary Matt Hancock claimed that the government had reached its testing target of 100,000. Except it didn’t. Or it did if you’re happy with the government fiddling the figures – something even the Daily Mail noticed. It ran the headline:

Matt Hancock boasts he has hit 100,000-a-day testing target but only if you don’t mind counting multiple tests on the same person and 40,000 kits that were posted to patients but not processed!

But instead of calling out Hancock on this manipulation, former deputy Labour Party leader Tom Watson decided to praise him. In a vomit-inducing tweet, Watson stated:

Yes, you read that right. A supposed leading figure in the opposition party is doing a worse job of holding the government to account than the Daily Mail.

And even if Hancock had genuinely met his testing goal, praising his or any cabinet member’s leadership skills is nothing short of offensive. Moreover, it’s an insult to every person who’s died of coronavirus (Covid-19) and every NHS or care worker who has been forced to work without proper Personal Protective Equipment (PPE).

Every step of the way, the government has botched its response to coronavirus with devastating consequences. Despite having precious time that other countries weren’t lucky enough to have, the UK is projected to have what could be the worst death rate in Europe.

Unfortunately, it’s not as though Labour leader Keir Starmer is doing much better. This, after all, was Starmer’s response to Boris Johnson’s first daily briefing since his illness:

This is a step in the right direction. pic.twitter.com/uZVQfMCBe3

Meanwhile, Starmer seems to be keener to push to his patriotic credentials than actually challenge the government on its coronavirus policies. The Guardian reported that Starmer believes that:

Labour must wholeheartedly embrace patriotism to win back support

Everything about this pandemic is political. But somehow, the jingoistic language of war that’s been adopted to deal with the crisis means we should all pull together. It’s the type of language adopted in the press after the UK went to war with Iraq. For example, despite opposing the war, once it started, the Mirror‘s coverage changed from supporting the anti-war movement to praising the courage of soldiers. Somehow once the war started, we were supposed to be patriotic. Likewise, once we entered lockdown, it appears we were supposed to imbue the Blitz spirit and set aside our critical thinking alongside hugging our loved ones.

Instead, Starmer is asking weak questions about the path out of lockdown and Watson is praising Hancock. This isn’t an opposition. This is sycophantic pandering to the establishment media and political elite. It’s pathetic and we deserve so much better.