International women "must fight together" to beat misogyny and patriarchy - Canary 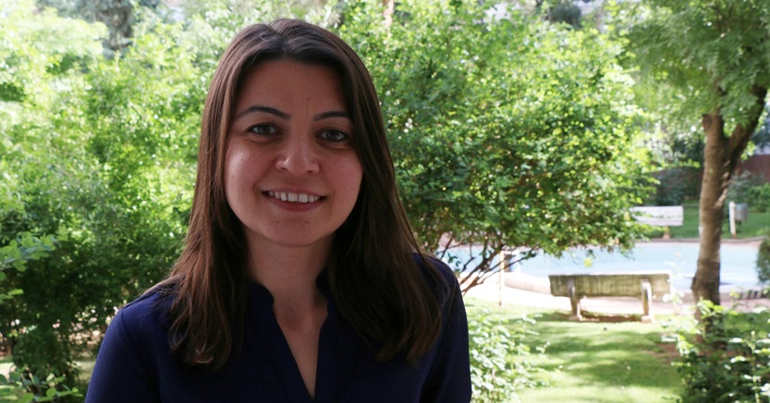 Content warning: This article contains reports of violence against women and girls which some readers may find disturbing.

July saw fresh crackdowns on the revolutionary Kurdish-led women’s movement in Bakur, the Kurdish region of Turkey. 28 female journalists and political organisers had their houses raided in one night, and their phones, laptops and cameras were seized by the police. The women were locked in police cells for days.

Among those arrested was Jin News editor Ayşe Güney. Jin News is an all-women’s media outlet based in Amed (Diyarbakır), covering women’s issues from women’s perspectives. Jin means ‘women’ in the Kurdish Kurmanji language. The journalists consistently risk their safety and their freedom to report on the situation for women in Turkey. When we visited the organisation earlier in the year, we were told that nine of their journalists were imprisoned. And the Turkish state was investigating every single journalist on their staff.

The Canary spoke to Güney after her release from the police station. She described what happened:

On 14 July at 4am the police raided my house and arrested me. I was held at the police station for four days. After the fourth day I had a court hearing with 28 activists. Five women were remanded. I and 22 other women were released on the condition that we would have to appear at a police station twice a month to sign signatures.

In June, The Canary also interviewed Jin News journalist Beritan Canözer. She’s been sentenced to prison for posting four comments and one like on social media, which apparently show that she has been ‘propagandising for a [terrorist] organisation’. Terrorist-related charges are consistently misused by the UK’s ally, Turkey. Canözer said:

“Turkey has become a graveyard for women”

Güney talked about women’s struggles against increasing misogyny in Turkey. She explained:

Turkey has become a completely misogynist country. Women want to regain the rights they have fought for in years of struggle. Murders of women, violence against women and rape have increased in recent years. Especially in the Kurdish provinces, rape by soldiers is a state policy.

The Canary has previously reported that there have been a number cases of women and girls being murdered or attacked by soldiers or police in Bakur. Firat News Agency reported on the rape and attempted rape of teenage girls by “non-commissioned officers of the Turkish army”.

Güney argued that the ruling AKP government and its state-propaganda media is to blame for the increasing misogyny in Turkey. She said:

The AKP government, which has been in power for 18 years, has strengthened the patriarchal mentality with the help of religion. The words of AKP ministers encourage men to use violence. The judicial system fully protects the man. In the case of femicide and rape cases, the perpetrators do not receive any punishment, or they get reduced sentences.

In addition, the government media spreads news in which women who have been killed or raped are presented as guilty, which leads to the fact that, in the opinion of society, the deeds of the men are washed clean. All these practices result in more women dying or being raped every day. Turkey has become a graveyard for women.

Women are targeted because they fight against this state policy.

“Women must fight together”

Despite this, Güney is optimistic. She said: “Women will not fall in these struggles. They will certainly win.” She argues that women need to make worldwide connections with each other, and that solidarity among us is key to beating patriarchy and misogyny. She said:

I believe in the power of women and that they face similar problems all over the world. Women must fight together. That is why solidarity with women in Turkey, where attacks on the massive scale are increasing, and especially with Kurdish women, must be stronger.

Kurdistan Solidarity Network Jin, a group of women in the UK, is one such movement organising as allies of the Kurdish-led women’s struggle in Turkey. The women said:

We, as women and allies must stand together to do what nation states are failing to do and stand up to Turkish fascism. An injury to one is an injury to all, and we as internationalist women will not watch as our comrades and sisters are abducted and murdered by the capitalist system. The bonds between women across the world are stronger than than the system could ever imagine, with one voice we will rise up and shout: Jin Jiyan, Azadi! Women, Life, Freedom!

Güney finished by stating the urgency of international solidarity. She said:

Every day we are arrested and killed. I invite all women to show solidarity in order to make our voices heard, and thank you for being with us.