An interview with Medea Benjamin, co-founder of CODEPINK, on Cuba and Cuba-US Relations - Canary 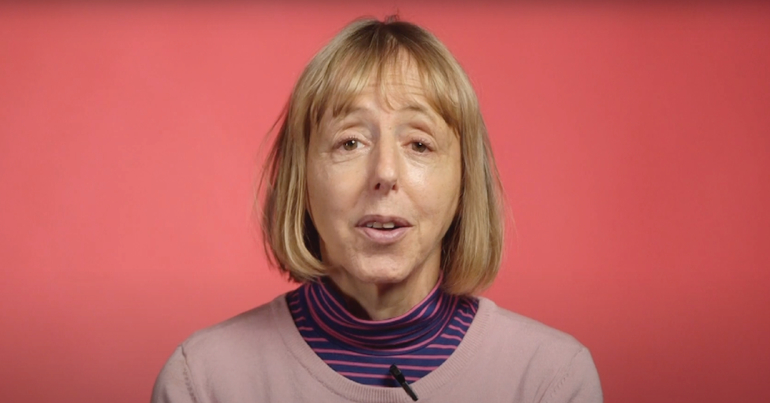 Medea, first I would like to talk to you about your recent article in Jacobin We Should Applaud the Cuban Health System — and Learn From It. Could you please explain why you wrote it.

We are in the middle of a pandemic where the United States has the worst example of how to deal with this. It’s spreading. We don’t have a public healthcare system that’s capable of dealing with this in a unified fashion. And yet 90 miles from Florida is a tiny island that has been able to deal with the pandemic, cut it way down.

And not only that, it has an exemplary healthcare system that compared to the United States it spends a fraction per person on healthcare but has health indices that are as good if not better than the United States such as infant mortality, child mortality, life expectancy. So it gives an example of why we need a universal healthcare system in this country and what we can learn from the Cuban example that is based on a universal system focused on preventive medicine, and has trained so many doctors that they have [one of] the highest per capita doctor-patient ratios in the world and put doctors in communities where they are available on a 24/7-basis to help the community.

As you point out in the article, the US government claims that those doctors are being abused – their conditions are horrible. And you write: “They lived simply, worked under the harshest conditions, and earned almost nothing for their services. Their motivation was purely to help people in need”. Then you say: “doctors only receive about a quarter of the money the countries pay for their services”. That sounds like there is something to the charge of the US government?

So you are talking about the Cuban programme overseas and that is something that started right after the Revolution. The Revolution was in 1959. In 1960, they started… training doctors and then over the years started sending them to poor countries to work in very difficult conditions, and on top of that they created a special team of doctors to respond to emergencies such as earthquakes, hurricanes, and pandemics. They were the largest contingent of doctors to go to West Africa to fight Ebola. And now during the coronavirus pandemic, they are working in over 30 countries.

And this programme is a beautiful example of internationalism. It’s a beautiful example of a win-win situation where Cuba can earn money from countries – not all countries because some don’t pay for it because they can’t afford it. But the countries that do pay – the money helps to get invested into the Cuban healthcare system. The local people get healthcare that is saving many lives. And the doctors, even though they don’t get the full salary, they earn more than they would earn at home. And it’s a totally voluntary mission. In fact, there are more doctors who want to go on these missions than there are places available.

But the Trump administration has been trying to cut off all sources of income to the Cuban government because it doesn’t like the government, it doesn’t like that the Cubans work together with the Venezuelan government, and it wants to overturn the overtures that happened during the Obama administration when diplomatic relations were re-established. And since this doctor programme has become an important source of income for Cuba over the years, the US government is attacking that programme both by characterising it as a form of human trafficking and modern-day slavery, because these doctors don’t get their full salaries and have some restrictions on their abilities to travel during these missions.

And the US government is also strong-arming countries to reject Cuban assistance. That has happened in the cases of Brazil, Bolivia, and Ecuador. And then they have also taken US government money from the Agency of International Development and put it into programmes designed to find flaws in the Cuban system and encourage doctors to defect and then publicise this. And most recently, there have been US Senators who have introduced legislation to sanction countries that accept Cuban doctors. So there is an all-out attack by the US government on this very beautiful programme.

And I should add something I didn’t have in the article, because it didn’t come out at that time. And that is a report by Human Rights Watch that fits into this whole agenda of sabotaging the doctors programme by focusing on restrictions in the freedom of movement and association of these doctors while they are working overseas rather than talk about the human rights of people to healthcare, and how those doctors are helping millions of people around the world with getting access to what should be a human right. And that is healthcare.

How do you know that the motivation of these doctors, as you put it, was “purely to help people in need” and that they are volunteering?

The motivation of the doctors we know by asking a lot of them. And we have friends who are doctors and we know people who have written books on this subject. The motivation is not just to help. There are certainly many doctors who volunteer because they also want to earn more money and they can earn more money on these missions… Another motivation is that they want to travel, they want the international experience, they want to learn about diseases they might not see at home. And also remember that Cuba is a very small island where people do not have a lot of money, where doctors… earn a very small, small income… And this is the chance for them to do all of those things: to provide a service to humanity that they are proud of, to earn more money, and to see other parts of the world and learn more and enhance their own professional skills.

You conclude your article with the following words: “But if you are an American with political ambitions, you might think twice before saying something good about Cuba’s healthcare system.” Please explain the connection to domestic policies in the United States and to the current elections.

I am glad you brought that up because it is the key point. The Trump administration is only doing this crazy policy because it is trying to please the right-wing Cuban-Americans in Miami, as well as some Venezuelan-Americans, and the senator Marco Rubio, and some of the others who are defining US policy in the interest of a small minority. But it’s a minority that could swing the election in Florida that… depends on a very small margin of voters. So this is all happening because there is a presidential election, because Florida is a swing state, and it is is a way to curry favour with a small but vocal minority.

The State Department notes: “The United States pursues limited engagement with Cuba that advances our national interests and empowers the Cuban people while restricting economic practices that disproportionately benefit the Cuban government or its military, intelligence, or security agencies at the expense of the Cuban people”.

That’s really garbage because the reality is that the sanctions on Cuba hurt the 11 million Cuban people. It makes it more difficult for them to get food, get medicines, to have the transportation they need, the infrastructure improved. And during this pandemic, it is particularly cruel. The US government has even stopped PPE from getting to the Cuban people. And it’s a policy that also restricts the rights of American citizens because we should have the right to travel to Cuba, to engage with the Cuban people. And under these Trump administration’s new policies, they are putting restrictions on our ability, our First Amendment rights to freedom of association.

What do you make of the Democratic Party position, the Joe Biden position on Cuba?

But I am worried that he would keep some of the sanctions, even ones that he as a a president could affect, because he said he doesn’t see why we shouldn’t keep some of these sanctions because of Cuba’s support for Venezuela. And that’s a ridiculous position. Cuba should be able to trade with whatever country it wants. That shouldn’t be the US’ business. And we would like to see a Biden administration lift the new restrictions that Trump has put in place, withdraw other ones, and work with Congress because some of these sanctions must be lifted by Congress. So there should be an effort to work with Congress to make that happen.