As another local lockdown looms, the Tory government is failing Wales - Canary 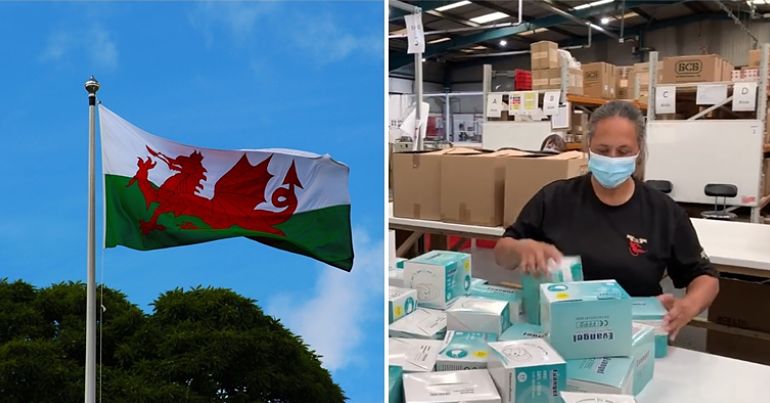 On Monday 14 September, wearing face masks “in indoor public places across Wales” will become compulsory. The announcement comes as Wales faces the possibility of a second local lockdown, this time in Rhondda Cynon Taf. A lockdown was introduced in Caerphilly County on 8 September.

And this announcement comes as the Conservative government told its Welsh counterparts that coronavirus (Covid-19) testing is limited to just 60 tests per day. This is insufficient for Welsh needs. And Welsh health minister Vaughan Gething claims there was little notice or consultation before the announcement. If such serious matters are treated with disregard by Westminster, it further demonstrates the need for Welsh people to make their own decisions.

The Tory government’s incompetence in handling this pandemic has been evident for some time. And it’s shown how it has prioritised the needs of business over people in England. It has also demonstrated how it prioritises England over other parts of the UK.

In July, The Canary reported that devolved administrations in Wales and Scotland had slammed the UK government’s handling of easing quarantine restrictions for international arrivals as “shambolic”. At the time, first minister Mark Drakeford said dealing with the UK government was “an utterly shambolic experience”.

So the handling of this more recent announcement demonstrates further how little the Tories care for its devolved partners.

Poverty in Wales under the Tories

Moreover, in March 2018, The Canary reported a “very concerning” rise in the number of disabled people living in poverty in Wales. Figures from the Joseph Rowntree Foundation showed “that 39% of disabled people in Wales live in income poverty – the highest levels in the UK”.

the increase in poverty levels appears to have started at around the time the Conservative-led coalition government came to power in 2010.

Then, in May 2019, the BBC reported that Wales was the only UK nation to see an increase in child poverty. According to that report, Welsh charities said almost 30% of children lived in poverty during 2017 and 2018. The Welsh Government blamed it on the policies of the UK government.

The Canary contacted Plaid Cymru, Public Health Wales, and the Department of Health and Social Care for comment on the lockdown and testing. They were unable to respond by the time of publication. However, a spokesperson for the Welsh government said:

Issues with the UK Lighthouse lab network are ongoing. We have intervened to increase the testing capacity in the Rhondda area. Testing arrangements have also rapidly been put in place in the area by the health board working in partnership with the council and the Welsh Ambulance Trust. We are taking urgent steps to switch testing facilities to Welsh laboratories to increase capacity.

We would like to assure people living in the Rhondda area that there will be sufficient tests available today and tomorrow. If you have any of the following symptoms: a new continuous cough, high temperature or loss of taste or smell, please book a test here: https://gov.wales/apply-coronavirus-covid-19-test. If you experience difficulties, please call the council helpline on 01443 425020.

In an independent Wales…