If you live with one of several chronic illnesses, a new study needs you - Canary 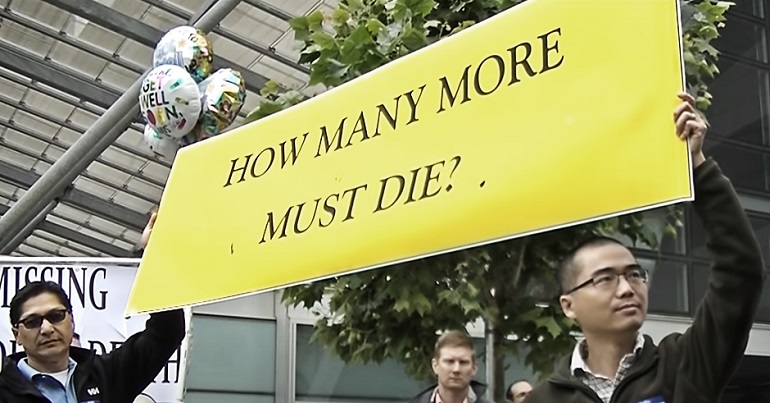 May has been Mental Health Awareness Month. It’s also been awareness month for a number of physical conditions, diseases and illnesses – at least four of them in fact.

There’s a distinct irony in so many physical illnesses having their awareness month at the same time as mental health. Because all too often, the physical is dismissed as, or put down to, the psychiatric. Also, all the physical illnesses have symptoms which cross over – something doctors and researchers don’t seem to fully understand. But now, a new study could be about to tackle both these issues head on. And it’s asking people living with some of these conditions to get involved.

There are many chronic, incurable illnesses out there. Here are two as examples.

The Ehlers-Danlos syndromes (EDS) are a group of chronic genetic disorders. They are connective tissue illnesses. This means that a person’s collagen is defective. There are currently 13 types of EDS. Some are life-threatening, like vascular EDS. Others are less aggressive, like classical. The hypermobile subtype is the only one without a genetic marker. EDS is supposedly rare. But recently, researchers did a new study in Wales. They found that the rate of EDS, and the similar illness hypermobility spectrum disorder (HSD), was higher than previously thought. The research indicated a prevalence of 1 in 500 for hypermobile EDS/HSD. You can read more about EDS here.

Then there’s myalgic encephalomyelitis. Commonly referred to as ME, it’s a chronic systemic neuroimmune disease. The latest research says it affects at least 65 million people worldwide and around 250,000 people in the UK. But the numbers could be underestimates. Some research puts the number of undiagnosed ME cases at 80%. Meanwhile, other studies show a prevalence rate in the population between 0.2% and 3.48%. ME is also sometimes referred to as chronic fatigue syndrome (CFS) or ME/CFS. Some people believe the two conditions are different. There’s debate about the definition, though, with it additionally being referred to as post-viral fatigue syndrome. This article calls it ME unless otherwise stated. You can read more about ME here.

Now, a new study aims to shed more light on both EDS and ME, along with several other conditions.

An adventure in chronic illness

The ME Action Network is a patient-led advocacy and campaign group. It, along with other organisations, is running a survey. It’s aimed at people living with specific illnesses and conditions. The survey will then form the basis for a big study. As ME Action said on its website:

In short, it’s all about symptoms. ME Action’s researchers:

So the researchers took all this info and formed the survey. It’s now live for people to take part in, and you can register here. ME Action will then send you a link to complete the survey. If you have sensory sensitivity to light, colour, or too much text, a “quiet” sign up page is here. Also, there’s a Twitter thread with notes about the survey.

The survey aims to document patients’ lived experience. As it noted:

The goal of the… project… is to fully characterize symptoms in different complex chronic diseases for better identification in research and to achieve faster diagnosis and the best possible clinical care.

But the fact that it’s patient-led is what makes it so important. This is because, as ME Action points out:

The point being that no-one knows a patient’s symptoms better than the patient themselves. What’s also unique about the survey is that it will see patients and doctors working together. There’s a page for medical professionals where they can report on their patients who are taking the survey. Or, as ME Action wrote, the doctors can:

validate your patients’ diagnosis of ME, ME/CFS, Long COVID, hEDS, POTS, and/or MCAS

So the results, when they come in, should give a broad picture of the conditions being studied.

Researcher and ME Action’s director of science and medical outreach Jaime Seltzer created the study. She told The Canary:

Generally speaking, I think there is a gap between what patients know and what clinicians and researchers know. This isn’t just my personal feeling. Studies show that the role of patient-oriented research is critical in rare or rarely diagnosed diseases, where clinical knowledge is not widespread.

When we aren’t engaging with patients about their own experiences in their own words, we don’t even fully understand the depth and breadth of what we’re missing.

There may be many researchers who feel that this kind of engagement looks nice on grant applications or makes the community feel good. But this is naïve. Lived experience (or the lack of it) can make or break our etiological philosophies, our treatment plans, and our path to less suffering for millions of people.

That’s my philosophy behind including not just clinician and researcher-described symptoms, but also patient-described symptoms. I structured the project like it was a story, or a game where we make our own choices to move forward on the best possible path, for this reason.

Seltzer and the project’s approach is both groundbreaking and welcome. But on top of the main symptom research goal, the implications for the study could be far-reaching.

For example, currently people living with ME cannot give blood. But so far, the official guidance is unclear about donating blood if you are living with long Covid. This is despite both illnesses being similar with unknown mechanisms. So, this is one such discrepancy which further research may help resolve. Also, the survey’s generation of info on new symptoms could help put to rest the notion that many of these are psychosomatic, i.e. ‘all in people’s heads’. You can read more about that here. So, with a large database of patients potentially all saying similar things, the idea that illnesses like ME are mental health-related could be eroded further.

What the study could also help understand is how the conditions and illnesses are related.

It is essential to pair “phenotype” — how the disease presents — to “genotype” — the genetics that cause or predispose a person to a particular disease. This especially of interest in chronic complex diseases where heritability is unknown, and potentially complex.

Determining the connections between different symptoms with this degree of richness and variety may also give us some hints as to what causes these diseases. For example, if one group seemed to have multiple symptoms that have common cause in different body systems, we might suspect this mechanism could play a role in disease.

In other words, the study may help, for example, to find the causes of both ME and hEDS – which mainstream medicine says are currently unknown. It could also help understand the links between the two conditions; that is, people with a genetic condition (like hEDS) may be more susceptible to getting an acquired (caught) disease (like ME). Moreover, potentially the study may also find links between long Covid and other conditions.

Past its own boundaries

The study may additionally find crossover with other conditions not covered by it. As its website notes, due to funding the study has not been able to include all the illnesses it wanted to. But it says:

Other populations we would love to include in future include, but are not limited to:

Note that there is a strong possibility that we may learn more about some of these populations due to the way these diagnoses overlap in populations already included in the study.

So the survey could also break yet more ground in this area.

As Seltzer summed up for The Canary:

90% of my excitement for the study is there. But I’m also deeply invested in seeing how we measure up on validated instruments, some of which have never been applied in people with ME so far as I’m aware. I’m also really interested in seeing how people with different diagnoses compare, and how our patients with clinician-validated diagnoses compare to those who are self-reporting a clinical diagnosis.

The results will be fascinating. They could also be game-changing. But most importantly, the survey is allowing patient voices to be fully heard.

All too often, doctors and professionals disbelieve or dismiss people living with the conditions: ignoring their lived experience; downplaying their pain and often putting their symptoms down to mental health; in some cases even having them committed to a psychiatric hospital or taking their children away from them. This treatment is common among people with ME. It’s also now emerging in long Covid.

ME Action’s study will help end this noxious approach to physical medicine. It may also finally start to provide answers for millions of people living with these conditions. All too often, thanks to years of pseudoscience, these people have been left with no support or treatment except those based in mental health. Now, there many finally be hope for these so-called ‘millions of missing‘ people.