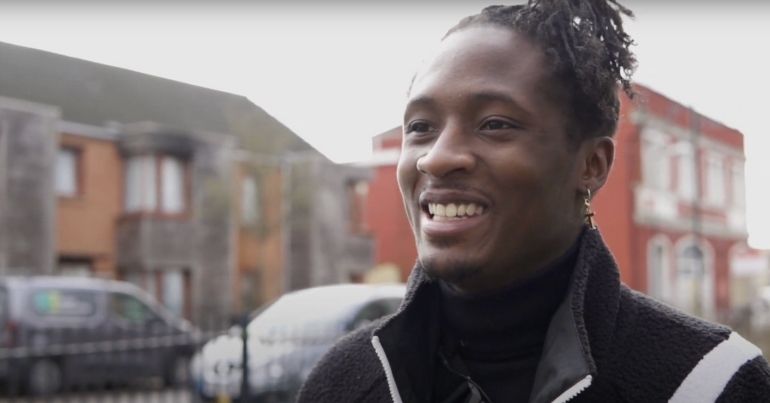 The Home Office plans to deport young Black Bristolian Anthonell Peccoo to Jamaica, a country he left when he was six-years-old. Peccoo’s friends and local campaigners are urging people to put pressure on the government to stop the planned deportation.

Peccoo arrived in England when he was six-years-old. He was soon placed into private care, and faced what he describes as a “disruptive” start in life. Following his GCSEs, Peccoo found out that he wasn’t legally allowed to work in the UK when applying for jobs as a hairdresser. This was because his citizenship paperwork was not completed when he was a child.

Campaigners are circulating a petition calling on the government to stop Peccoo’s planned deportation. It has over 30,000 signatures at the time of writing. The petition states:

It is believed that the failure to organise citizenship for Anthonell is the result of negligence on the part of the British Immigration system.

As set out in a short documentary film about Peccoo’s rehabilitation, he was once imprisoned. Following his release from prison, Peccoo volunteered for Happytat, a local social enterprise which sells upcycled furniture to raise funds for local homelessness charities. In 2018, he opened a barbershop in the premises. He provides haircuts for community members “dealing with homelessness, addiction and unemployment”.

Having served his sentence and completed his probation, Peccoo lost his leave to remain. Under the 2007 Borders Act, the Home Office automatically considers anyone who faces a prison sentence longer than 12 months and doesn’t have UK citizenship for deportation. On 15 June, the Home Office dropped its deportation case against 22-year-old Osime Brown. According to the Home Office, it “reviews all cases when new information is provided”. The court will make its decision on Peccoo’s case at the end of July.

In an urgent plea for people to take action to stop Peccoo’s deportation, a friend shared:

The criminalisation and further motion to deport this man cannot go unnoticed. He’s an icon in the Bristol scene and family to us all.

Campaigners have joined calls for the Home Office to stop the deportation. Our Streets Bristol called for action, saying that “Peccoo is a beloved member of the Bristol community”. Former Bristol lord mayor Cleo Lake shared:

Anthonell is a positive & active member of our Bristol community & it is completely wrong that he should be facing deportation. Bristol is his home and all he has known for most of his life. Please sign & share the petition https://t.co/w2nH3BaAGd

He is making an incredible impact on Stokes Croft.

He set up a hair dressing business that solely raises money for a local charity because legally, he can't work! ✂

Calling Peccoo “a credit to the community”, Billy Garratt-John tweeted:

Anthonell is an upstanding Bristolian and a credit to the community, yet he faces deportation to a country which is foreign to him and would leave him without family or support.

⚠️ Friend to the Rising family and prominent member of the Bristol community Anthonell Peccoo is at risk of deportation. ⚠️

As has Caribbean Labour Solidarity:

Anthonell arrived in the UK at a young age, from #Jamaica, & has come to know #Bristol as home.

How you can support Anthonell

Peccoo is currently collecting character references to support his case. People looking to get involved in the campaign can sign and share the petition calling on the Home Office to stop the planned deportation. People can additionally put pressure on their local MP and the Home Office to advocate for Peccoo and stop the deportation.