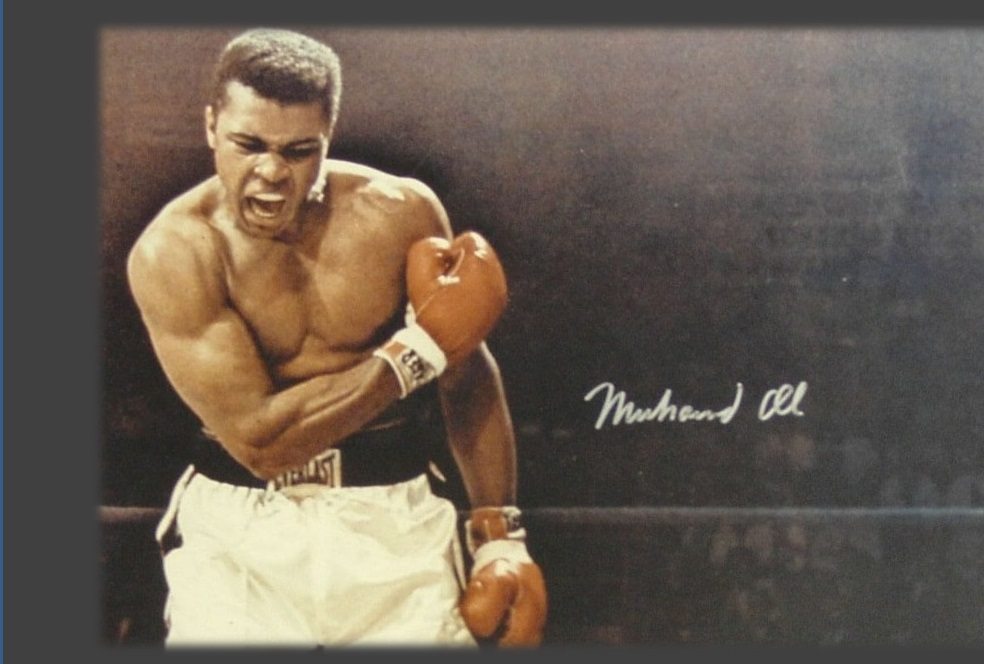 Muhammad Ali was perhaps just as famous for his principles as he was for his performances in the ring. And one speaker at his funeral on 10 June spoke to Ali’s politics perfectly.

At Ali’s memorial service in Louisville, Berkeley-based rabbi Michael Lerner gave a powerful speech in which he said the best way to honour the three-time heavyweight boxing champion was to “be Muhammad Ali today”.

Ali has been described by the Guardian as “a peaceable fighter who needed a reason to fight”. And this was most clear when he refused to enlist in the US army in 1966, during its invasion of Vietnam. He famously said:

Why should they ask me to put on a uniform and go 10,000 miles from home and drop bombs and bullets on brown people in Vietnam while so-called Negro people in Louisville are treated like dogs and denied simple human rights? … I ain’t got no quarrel with them Viet Cong.

Although this decision would have a serious impact on his boxing career, he felt it was important to make a stand against what he considered to be a great injustice. He would soon also declare his support for the Palestinian struggle against Israeli occupation, while insisting:

And this is the man Michael Lerner was speaking about when he asked people to “be Muhammad Ali”. Having also refused to fight in Vietnam, the rabbi invoked the fighting spirit of Ali in his speech:

It’s up to us to continue that ability to speak truth to power. We must speak out… Tell the 1% who own 80% of the wealth of this country that it’s time to share that wealth. Tell the politicians who use violence worldwide and then preach nonviolence to the oppressed that it’s time for them to end their drone warfare and every other kind of warfare, to close our military bases around the world, to bring the troops home… Tell our elected officials to imprison those who authorize torture and those who ran the big banks and investment companies that caused the economic collapse of 2008.

He also went international with his comments, saying:

Tell the leaders of Turkey to stop killing the Kurds. Tell Israeli Prime Minister Netanyahu that the way to get security for Israel is to stop the occupation of the West Bank and help create a Palestinian state.

Maybe such criticism was one of the reasons why Turkey’s increasingly authoritarian President Recep Tayyip Erdoğan cut his trip to the USA short and avoided the event. ABC News reported that funeral organisers had “removed him from the list of potential speakers” before he had even arrived in the country, while the Washington Post spoke of how “two unnamed speakers had been added to the program”. According to one correspondent, the Authentic Brands Group (owner of licenced Ali products) considered Erdoğan to be a leader with “a problematic image“. These suspicions that he was not welcome and that he may have been exposed to criticism almost certainly pushed him to pull out of the event altogether.

Perhaps most poignantly, though, given the importance of the Islamic faith to Muhammad Ali, Lerner said:

We will not tolerate politicians or anyone else putting down Muslims and blaming Muslims for a few people. [applause]

Lerner’s inspiring message was one of unity and justice.

Ali would surely have been proud.

See other Canary articles on Islamophobia.