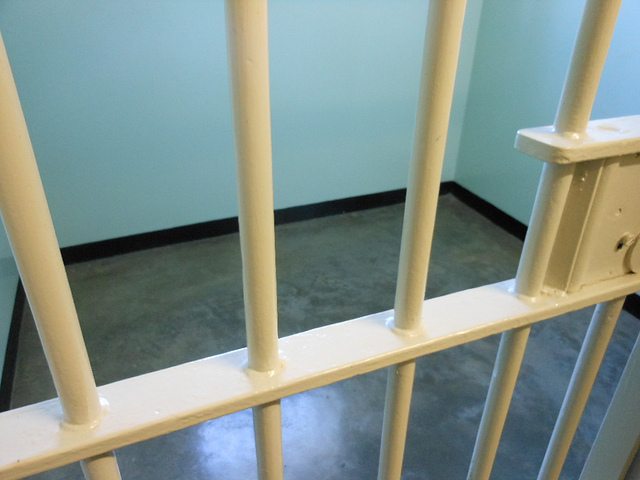 A mother has been sentenced to 20 months in prison for just £13 worth of cocaine.

Susan Mathews only had a small amount of the drug on her, but police officers found texts on her phone dating back over two months in which she discussed buying the drug with friends in order to get a cheaper rate. This collusion with others led to her being charged with supplying cocaine during this period.

Matthews was sentenced by Recorder, Mark Ainsworth, at Liverpool Crown Court who told her that:

You got drugs to be divided between yourself and your friends. There was financial gain for yourself, you obtained drugs more cheaply than you would have done otherwise.

Ainsworth admitted that it is “always upsetting for a young woman with children to be sent immediately to prison” but refused to suspend the sentence. If Ainsworth really found it “upsetting”, then he had plenty of options available. The offence Matthews was accused of falls at the lowest level of the sentencing guidelines for supplying the drug, and he would have been within his jurisdiction to impose a community order.

Furthermore, decisions from the Supreme Court and the Court of Appeal have set out guidance in sentencing mothers which include the following principle:

Non-custodial sentences are preferable for women with dependent children, with custodial sentences to be considered when the offence is serious or violent or the woman represents a continuing danger. Even when that is the case, a custodial sentence should only be given after considering the best interests of the child or children, whilst ensuring that appropriate provision has been made for their care.

There is even a question of whether Matthews should have been charged with intent to supply in the first place given that the Crown Prosecution Guidance on charges relating to supplying drugs states:

Where two people agree to buy drugs for themselves, it is undesirable to charge one who happens to take physical possession of the drugs with the supply of drugs when he distributes the other’s share to him. Although there is technically a supply, it was inevitable that a person convicted on the basis of such a distribution would be dealt with as for simple possession (R v Denslow [1998] Crim. LR 566 CA).

Essentially Matthews is being punished for trying to save some money.  Buying in bulk – whether it is from the supermarket or from a drug dealer – is always cheaper. Had Matthews been able to afford, or was willing to buy more for personal use, she would have received a much lighter sentence.

However, there is a further issue of criminalising drug users. Release, who describe themselves as the “national centre of expertise on drugs and drugs law”, are campaigning for the decriminalisation of possession offences:

We see every day the harms that are caused to those we represent, many of whom are young people or people who use drugs problematically. We believe ending the criminalisation of tens of thousands of people every year in the UK will have a positive impact on individuals, their families and communities. The policy change that we advocate for is based on an evidenced approach of how to deal with drug use in our society.

Prison should be used as a last resort for everyone, not just mothers. However, the reality is that imprisoning mothers punishes their children more than anyone else. It is an expensive waste of taxpayers’ money which does nothing to address offending behaviour, addiction, or any of the other myriad of social problems which can lead people to commit crimes.