As Brexit boats 'battle' on the Thames, these are the people actually fighting for workers' rights - Canary Workers’ Co-op 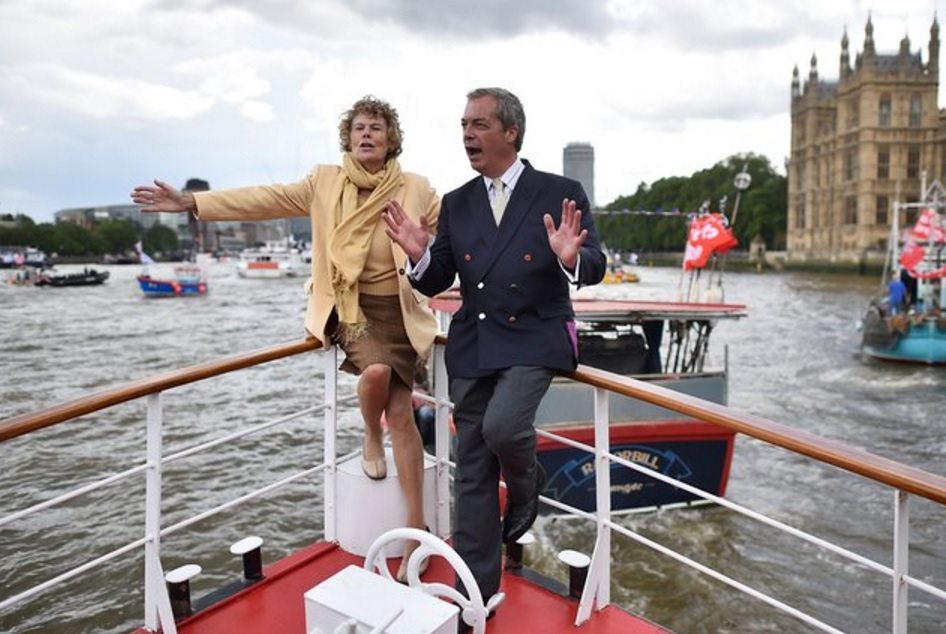 On 15 June, Nigel Farage led a protest of fishing trawlers on the River Thames. This was met by a fleet of Remain campaigners, led by Sir Bob Geldof, which was targeted with a hose by pro-Brexit boats. But this surreal publicity stunt on London’s iconic river did not have as strong a message as the one given by unions just hours before.

The Thames protests were making a stand against EU fishing quotas, though their credibility was dubious as one of the two largest vessels of the fleet had actually been involved with Britain’s largest ever case of fraud related to the illegal catching of fish.

British fishing has indeed suffered in recent years, with around 2/3 of quotas in England and Wales going to just three firms. According to Labour Leader Jeremy Corbyn, however, this was a national matter rather than a European matter. In the final Prime Minister’s Questions before the EU referendum, he asked:

Can the PM stop blaming Brussels on this and tell our small scale and sustainable fishing communities what action he will take?

Union leaders, meanwhile, asserted in an open letter just hours ahead of the Thames protest exactly how dangerous Brexit could be for British workers. The heads of 12 major union bodies – including the TUC, UNITE, UNISON, and the GMB – insisted:

Right now, we’re worried. Worried that the UK will vote to leave the European Union – and that will be a disaster for working people.

They stressed that, although the EU “isn’t perfect”, there are “three big reasons to vote Remain”:

First: decent jobs. Working people’s wages haven’t recovered since the 2007 crash. They simply can’t afford another hit to their pay packets. And that’s what leaving the EU would mean. It would be harder to sell what Britain makes abroad. Big companies located here might move their operations elsewhere. That means we would lose jobs. And the knock-on effect would make us all worse off.

Then there’s our protections at work – fought for by unions, underpinned by the EU. At least 20 days paid leave. Paid time off for medical appointments if you’re pregnant. Time off to look after a child who’s ill. Protection for temps & agency workers. Equal pay for women and part-timers. All of these are at risk of being watered down or even scrapped if we leave the EU… Leave campaigners call them ‘red tape’, and want them binned. We can’t risk it.

And then, there’s the future… Staying part of Europe is about that. It’s about the good jobs and opportunities that being part of the EU gives [our kids].

Vote for jobs. Vote for protections at work. And vote for a better future for your family.

TUC General Secretary Frances O’Grady also warned voters this week about the risk to the NHS if Britain chooses to leave the EU, saying:

How dare the hard right Tories and Ukip who run the Leave campaigns pose as NHS champions? Let’s be honest, they love the NHS in the way that Dracula loves a blood bank. Boris Johnson says he doesn’t believe in a free NHS and people should pay for health services. Nigel Farage says the NHS should be replaced by private health insurance. And Ukip’s millionaire backer says that if it was up to him the NHS would be privatised.

Britain’s biggest unions have made it very clear that they are overwhelmingly in favour of remaining in the EU. Will Britain listen to them on 23 June?

– See other articles at The Canary on the EU referendum.