Forget Brexit, this is the real issue for the UK - Canary Workers’ Co-op 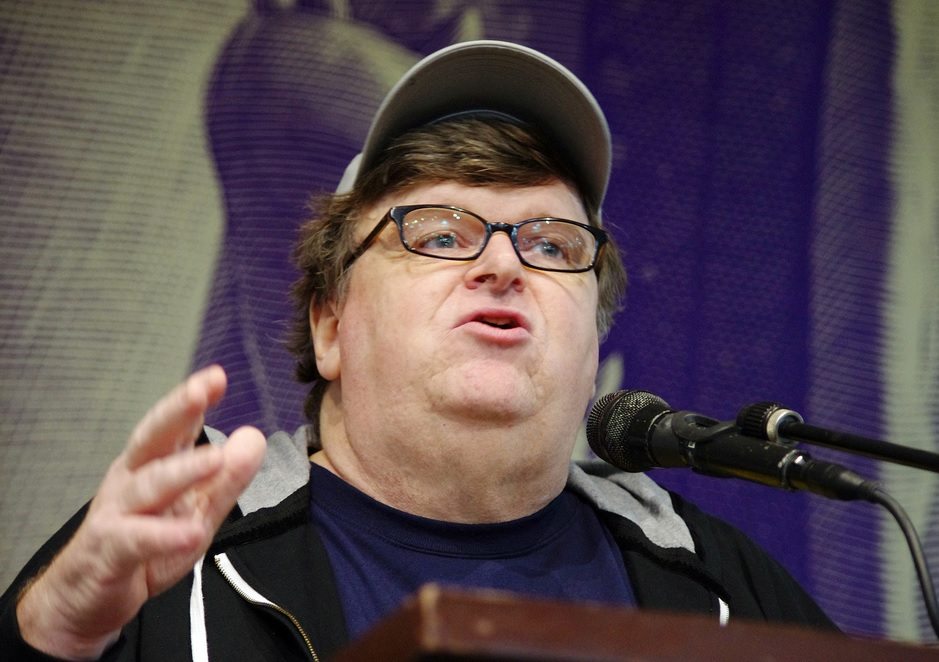 An oscar-winning documentary filmmaker has lain down a dramatic challenge to the gushing patriotic narrative emerging from the Brexit debate. Michael Moore, who was in the UK promoting his new film ‘Where to Invade Next’, described the UK as a “toxic place” inhabitated by a culture that has “given up on yourselves”.

His provocative assertions couldn’t be more relevant in the middle of the EU referendum furore over the supposed merits of ‘Rule Britannia’ and whether we are better off alone.

Moore is known for producing hard-hitting documentaries, for which he has received both praise and criticism from all sides of the political spectrum. He has previously used the medium to investigate the US healthcare system, the US gun industry and laws, and the 2008 financial crisis.

His new movie sees him travelling around Europe to ‘steal’ progressive ideas that could be taken back to the United States. Notably, the UK doesn’t feature in the film at all. Speaking at a press conference in London, Moore explained why:

It was a conscious and purposeful decision to not come to the UK. I mean this with respect, we didn’t feel like there was anything left to learn here.

Norway, France, and Italy were amongst the countries ‘invaded’ by Moore because he believes they are places the US could “learn something” from. But as the UK has retreated from its more liberal policies, such as free university education and a completely public healthcare service, Moore no longer sees the UK as progressive.

These regressions in education and healthcare were in play under the last Labour government, but they have gained serious momentum since the Conservatives came to power in 2010. Additionally, the Tories have presided over an ideological austerity regime which punishes the poor and disabled to a sickening level. No wonder Moore didn’t want to ‘invade’ the place.

Furthermore, the much lauded documentary filmmaker claims the international community is still reeling from the havoc created by Tony Blair’s decision to wage war in Iraq:

You may be over Tony Blair. We’re not. We expected George W Bush to start that war. That wasn’t a surprise. But he was able to do it because you – the Brits, under Tony Blair – gave him back-up…Honestly, if Blair hadn’t supported that war, I don’t know that [Bush] could have pulled it off. We’re not quite over the damage that this country has done to us and to the world by so-called liberals here voting and revoting for an individual who was anything but a liberal.

It’s evident that most people in the UK are most certainly not over Tony Blair, which is why citizen’s arrests are a common feature of his public life. The fatal decision itself also weighs heavy on the public mind, ensuring there is ample questioning and opposition whenever politicians try to wage another war.

But it does seem the UK government is ‘over Tony Blair’ – meaning they will no longer let the fear of unpopularity get in the way of their military endeavours. Since the Conservative government came to power the UK has gone to war in Syria and Libya, with the latter having a new offensive underway. It has aided Saudi Arabia in its offensive in Yemen. And it has overseen a heightening of tensions with Russia to Cold War levels, over NATO’s actions.

Seemingly, Moore doesn’t think this aggressive behaviour is applaudable, or something the US could ‘learn from’. But it is important for voters to remember when listening to the Vote Leave arguments.

Nationalism features heavily in the Leave campaign, and to a lesser degree in the Remain campaign. We are told to believe in a Britain that is better than the EU – and take back control of it. Or we are told that to ‘love’ our country we must remain to keep the economy strong. But our ‘great country’ is butchering its most vulnerable and bombing the rest of the world. These choices are not made by bureaucrats in Brussels, but by our own elected representatives.

So, whether in or out of the EU it is vital we recognise this stark reality: a country is only as great as the choices it makes. And at present, the UK is failing to live up to this label. Leaving the EU will not automatically turn us into a glorious nation. That can only be achieved by demanding a fairer, kinder, and more equal society – and electing officials willing to maintain that.

Then perhaps Michael Moore would be eager to invade us next.