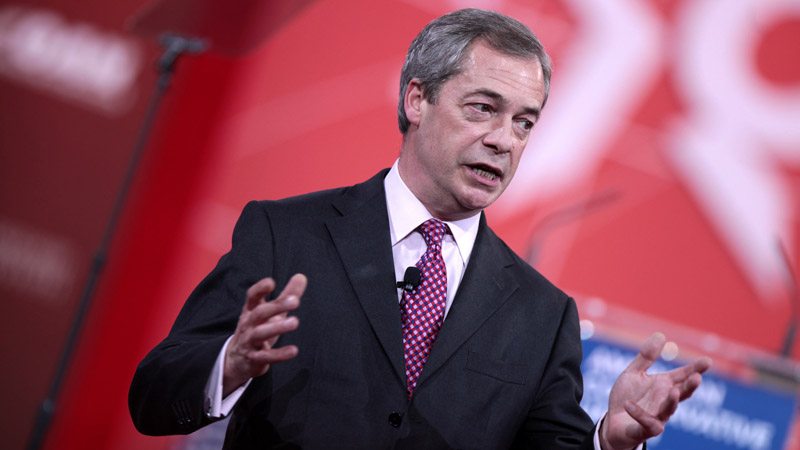 On Thursday, UKIP launched their own campaign to leave the EU – and if you thought they had already sunk fairly low, this set new levels of crassness.

In central London, Nigel Farage proudly unveiled a poster entitled “Breaking Point”, which said that “The EU has failed us all”. The latter may be true in many people’s eyes, but the poster itself was absolutely shameless.

Intentionally exploiting the current refugee crisis that Europe is witnessing, the poster speaks for itself: 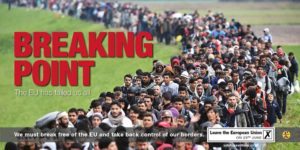 Fair enough, Nigel. It is looking all a bit topsy-turvy, yes. Marine Le Pen of the “Front Nationale” in France is currently in second place in polling for the Presidential Election. Support for the “Alternative for Germany” party is at its highest levels ever. Switzerland has just withdrawn its long-standing application to join the EU. Maybe it is at “Breaking Point”.

But Mr Farage and UKIP were not actually referring to any of these issues when he issued this preposterously over-the-top statement.

He was referring to immigration:

And I have to say something – every one of these can get to Calais. We know how bad our government is at defending our borders, and within a few years all of these people will have EU passports. We are much less safe as part of this European Union.”

Every one of “these”, Nigel? These what? Rodents? Vermin? Pests? Is that what you’re thinking? Or refugees fleeing war and violence in their own countries? If there was a scale for hyperbole, it may well have broken.

Farage said that the “huge streams” of migrants had entered Europe with no security checks. Context is something Nigel is blatantly not very versed in.

The picture UKIP hijacked for their xenophobic, last-ditch campaign effort was actually from an event in October of last year. A controlled event where thousands of refugees were being escorted by police and the army. Crossing the border between Croatia and Slovenia. To go to organised reception centres. To be “security checked”. 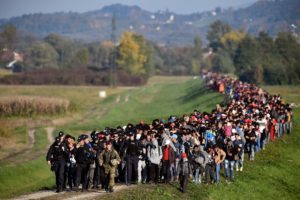 But then, context from a party who has councillors who blame flooding on gay marriage maybe too much to hope for. And so is compassion.

As of 9 June, 206,985 refugees had reached Europe by sea. A staggering 35% were children, 20% were women and 45% were men. In June 2015 the number of children arriving was 16% – indicating a worrying uplift in the number of youngsters attempting to reach the continent. In April alone 2,460 unaccompanied children applied for asylum.

However, UKIP probably aren’t fans of statistics. Or if they are, they may find these ones interesting.

In June last year there were 54,588 refugee arrivals by sea. This month, so far – there have been 5,400. There has been a declining trend since April, which indicates the refugee crisis may be waning although the next few months will tell. However, even if it wasn’t, these are still people fleeing some of the most horrific circumstances imaginable.

So unimaginable, that 2,856 people have lost their lives at sea so far this year, rather than stay in their own countries.

The most shocking part? Of the souls that perished, nearly one of those every day was a child. Dying, at sea.

Summing up his cheap political stunt, Farage described the poster as indicating:

It says the EU has failed us all.

No, Nigel. I think you may well have just failed any decent person who was considering a Leave vote on rational grounds.

Could UKIP sink any lower?

Sadly, they probably will.