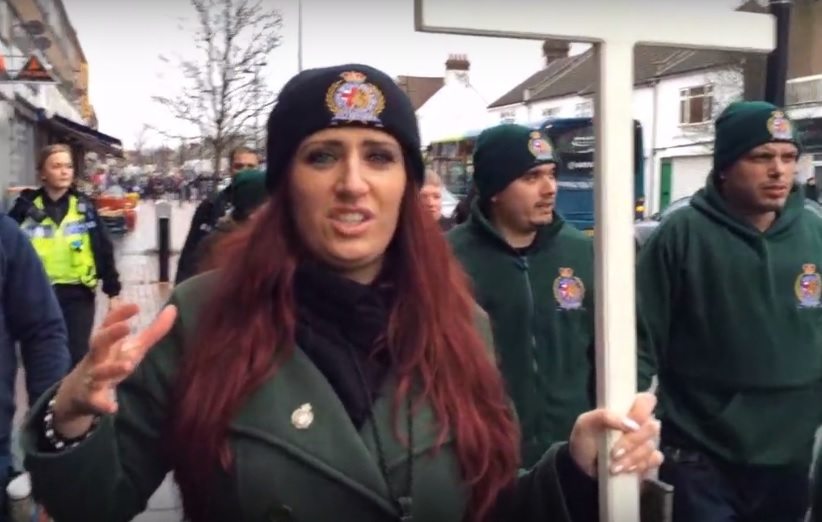 Britain First’s facebook page has been a busy place since allegations circulated that Jo Cox’s murderer shouted out the organisation’s name during the attack. But one comment about the possibility of the killer being a supporter of the political party has inadvertently summed up the fundamental flaw of Britain First as a whole. And Twitter is all over it.

The comment was noticed by journalist Sunny Hundal, who tweeted:

Did a lightbulb just go off on the Britain First Facebook page? pic.twitter.com/a9nwWrtuxN

This comment completely contradicts the views of Britain First when it comes to violence committed by others, especially those who are Muslim. As we have previously reported the party espouses the ludicrous notion that “you are an extremist” if you agree with, or believe in, Islam.

So, by its own reasoning, any supporter of Britain First is now also a violent extremist. That is, if the actions of the few are held against the many. But as we see from the comment on its Facebook page, not everyone agrees with that logic when it’s applied to the party itself.

However, it is exactly that sentiment that Britain First has used to justify its harassment of the Muslim community. It’s the excuse used for needing ‘Christian patrols‘ in areas with a large Muslim presence, and invading mosques. It’s why the party threatened civil war in the country. And the same rationale inspired Britain First to take the undemocratic, and arrogant, decision to “launch a direct action campaign against Muslim elected officials, at all levels of politics”.

The party’s deputy leader Jayda Fransen also threatened that “pro-EU, Islamist-loving […] traitors” would endure a “Day of Reckoning”, “face the wrath of the Britain First movement” and meet:

good old fashioned British justice at the end of a rope!

It seems Britain First believes it should not be held to the same standards it sets for others. As Hundal notes perhaps this experience will be a “lightbulb” moment for the political party. Perhaps they will see that in the same way that all British or white people are not responsible for this one man’s attack, neither are all Muslims responsible for other individual acts of violence and terror carried out in the name of Islam.

What is more likely is that white British people will increasingly need to challenge the racist rhetoric from groups like Britain First against migrants and asylum seekers that has seemingly become so normal and acceptable in our communities. Working class people in this country of all nationalities and ethnicities face real daily difficulties due to the crushing effects of austerity – we will only reverse these conditions by uniting.

As Jo Cox MP said in her maiden speech to parliament:

We have far more in common than that which divides us.

Take action with Hope not Hate to celebrate an inclusive Britain.