Brits vow to deliver aid to refugees, despite moves by French police to prevent them - Canary 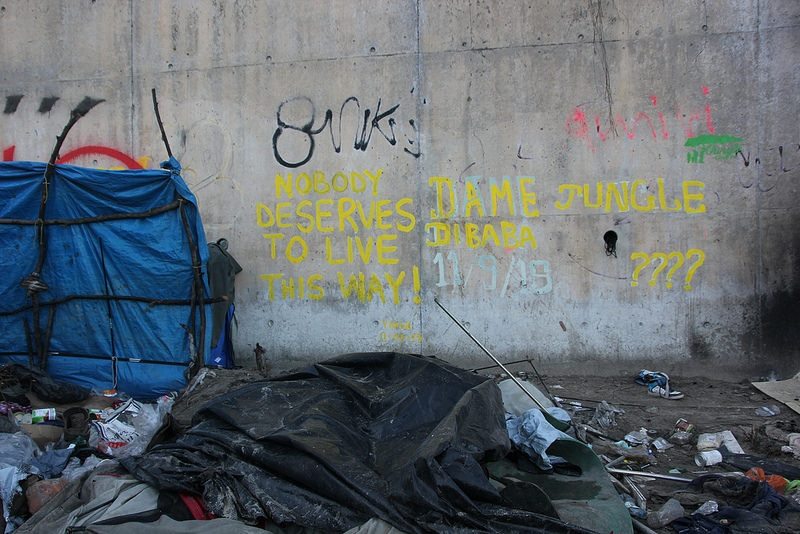 French police have vowed to block supplies being delivered from the UK to refugees in Calais on 18 June. But the ruthless move will face fierce opposition from those delivering the aid, who have sworn they will defy the ban.

The huge aid convoy has been planned for months, and is backed by numerous charities and organisations. Under the banner ‘Convoy to Calais‘ a 250 vehicle strong convoy will converge from around the UK to deliver desperately needed supplies to the refugees in a Calais camp.

But French police have announced that the event may be a “grave threat to public order” and so have banned “all demonstrations related to migrants” on the day in question.

However, the suggestion that the event could be viewed as a demonstration has been challenged by organisers. Steve Sweeney, from the People’s Assembly, has said:

We’ve been in discussions with the French police and we’ve been very clear that we are not holding a demonstration […] What we are doing is delivering aid, and we proposed a day of solidarity activities such as a cross-faith religious event which would not even be at the camp

Diane Abbott MP, the president of Stand Up To Racism – which is another organiser of the event – has claimed:

This is a humanitarian convoy that wanted to bring help and support to people in awful conditions…It’s as if the French police think if they pretend the camp does not exist, you don’t have to help them. They don’t want attention drawn to the camp.

It’s no surprise the French authorities don’t want a spotlight on the desperate situation for refugees in the area. In February the police unmercifully bulldozed the camp, forcing refugees to move to a location nearby. A recent report by Unicef has also detailed harrowing abuse, violence and sexual exploitation happening to children in the camps. One 16 year old refugee named Bilal, who has now found refuge with family in London, explains:

Calais is a place where you would prefer to be in Syria. All the violence and oppression is there in Calais. I will never forget Calais. From the very first hour I entered it, it’s always on my mind.

Of course, Europe is experiencing a refugee crisis of epic proportions. That countries are struggling to cope or provide adequate provisions and protections is expected. But French police refusing to allow aid through for the refugees is both cruel and counter-productive. The supplies will help those in the camp, and ease the burden on the French authorities to provide it instead.

Thankfully, those who have pledged to take part in the convoy remain undeterred. In fact, some are already on their way:

We are on our way! Mcr #convoytocalais defies the French ban to take aid and solidarity. #refugeeswelcome pic.twitter.com/XdvN8N303x

The organisers have also made alternative arrangements to ensure the much needed supplies are able to reach France’s shores regardless of the restrictions in place. But let’s hope the French police see the benefit of this effort and allow ease of passage once the convoy gets fully underway. This initiative should be celebrated, not controlled.

And it’s in the best interests of everyone involved.

Join the Convoy to Calais on 18 June in solidarity.

Get involved with the Refugees Welcome campaign.

Read our articles on the refugee crisis.