Do you want to live a longer healthier life? New evidence shows eating this food group can help - Canary 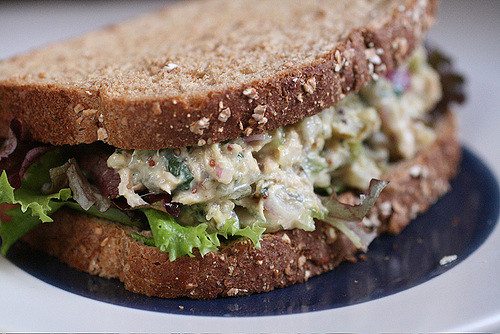 Increasing the amount of whole grains you eat is good for your health, and the more you eat the greater the health benefits. For every 48 grams of whole grains consumed per day, there is a 25% decline in cardiovascular disease-related deaths, and a 20% decrease in the number of total deaths (deaths due to all causes).

These are the findings of the first meta-analysis (which compiles the results of many studies and then uses statistics to calculate an ‘average’ of those results) review of studies associating whole grain consumption with life span and susceptibility to disease.

This may not come as a surprise, as whole grains such as whole wheat, oats and brown rice are generally accepted as being better for your health than the processed versions. Processing generally involves milling the grain, removing the outer husk which also contains health promoting components such as dietary fibre, B vitamins, and minerals.

This meta-analysis confirms the already large body of evidence supporting the health benefits of whole grains and other processed food. But will this change the way we eat?

The findings support the Dietary Guidelines for Americans, issued by the US government, which recommend at least three servings daily of whole grains. They also match the current UK Eatwell guide. Both guidelines offer limited advice which suggests cutting out processed foods.

Senior author of the study, Assistant Professor Qi Sun from Harvard T.H. Chan School of Public Health, explained the strengths of this study:

Previous studies have suggested an association with consumption of whole grains and reduced risk of developing a multitude of chronic diseases that are among the top causes of deaths, although data linking whole grain intake and mortality were less consistent

The study found that for every serving of whole grains (16 grams) consumed per day, there was a:

The meta-analysis included 12 studies published in February 2016 and unpublished results from 3 National Health and Nutrition Examination Surveys ranging from 1988 to 2004. The studies combined involved 786,076 men and women, with 97,867 total deaths, 23,597 deaths from cardiovascular disease, and 37,492 deaths from cancer.

Low-carbohydrate diets that do not take into account the health advantages of whole grain foods “should be adopted with caution”, noted Sun, who went on to say:

Based on the solid evidence from this meta-analysis and numerous previous studies that collectively document beneficial effects of whole grains, I think healthcare providers should unanimously recommend whole grain consumption to the general population as well as to patients with certain diseases to help achieve better health and perhaps reduce death

More good research, but will it change how we eat?

The results gained from this current study also agree with the findings of a scientific review carried out by Dr David Katz of Yale University called “Can we say what diet is best for health?” In this study, Katz talks about the problems caused by marketing of processed food and says that the weight of evidence strongly supports:

A diet of minimally processed foods close to nature, predominantly plants, is decisively associated with health promotion and disease prevention.

Katz is also of the opinion that we have a wealth of scientific information on which to base a healthy diet, and was reported to say in The Atlantic:

The evidence that with knowledge already at our disposal, we could eliminate 80 percent of chronic disease is the basis for everything I do…

Katz, who graduated from medical school in 1993, goes on to say:

Here we are more than 20 years later and we’ve made just about no progress.

The report on whole grains being good for our health adds to the mountain of evidence already saying unprocessed foods are generally better for your health than processed ones. It is surprising that the official US and UK dietary advice does not state that more clearly.

This tendency of governments to not speak out about over-consumption of processed foods could well be due to the powerful lobby of food corporations. In a previous report, The Canary documented how food industry representatives were heavily involved in putting together the UK Eatwell Guide.

Oxfam America produced an infographic showing how just 10 companies are responsible for the food and drink brands you find in the supermarket.

New research into the health benefits of food and its subsequent communication to the general public is part of the solution to solving the bad diets and subsequent bad health found in many citizens of the western world. But on its own it is not enough, as demonstrated by the rocketing rates of obesity, cardiovascular disease and diabetes. Another part of the jigsaw could be looking at the role of the food industry in marketing unhealthy foods and their influence on government food policy.