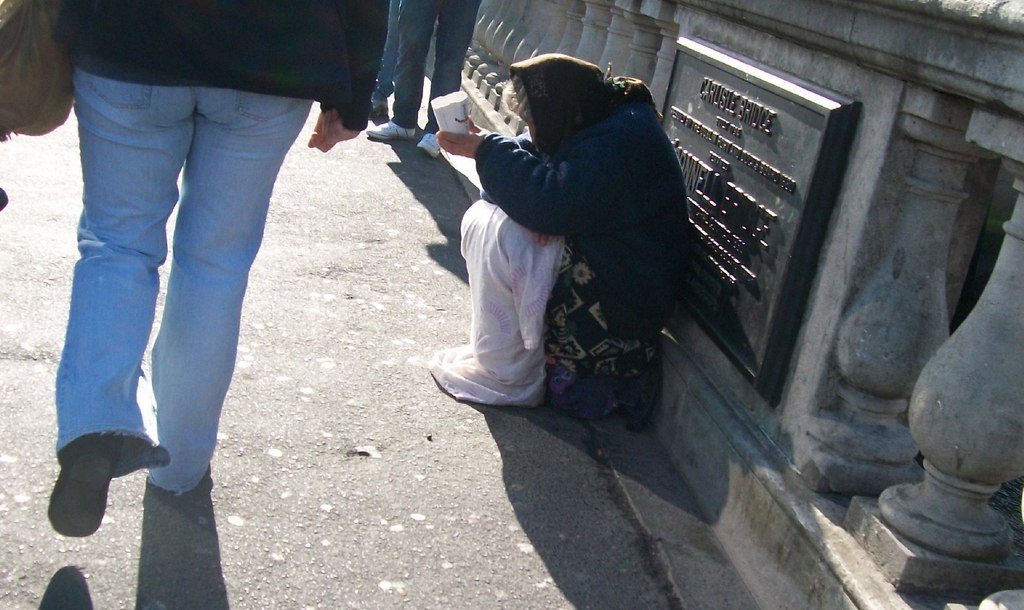 The government are facing accusations of possible human rights violations as they are grilled by a United Nations committee this week – and Coronation Street star Cherylee Houston tells The Canary “people are dying” because of Tory policies.

On Wednesday and Thursday in Geneva, the UN Human Rights committee on economic, social and cultural affairs will be publicly reporting on its conclusions after more than two years of evidence gathering. A report has been submitted from the UK government and a representative invited, but it is unclear whether one will be in attendance.

The concerns of the UN relate to the state of the nation up to 2014, and are overarching: the blacklisting of trade union workers; the inadequacy of measures to prevent forced marriage and FGM; protection of asylum seekers; modern slavery; homelessness and tackling the gender pay gap are just some listed.

But the biggest area of criticism has centred around austerity and the Welfare Reform Act (2012). Specifically its impact on “disadvantaged and marginalised individuals and groups” in society.

Most notably the disabled.

Speaking exclusively to The Canary, actress Cherylee Houston who plays the character Izzy Armstrong in Coronation Street, and is a staunch campaigner for disability rights, told us:

I really hope the UN find that the Government have breached the rights of disabled people – I don’t understand how they cannot. This Government has systematically stripped disabled people of the independence that generations have fought for. Disabled people in certain postcodes have no care outside of their homes – for help with such basics as food shopping and [at home] tidying and clothes washing.

The UN has asked the government to report on several key areas. One area states:

Please provide concrete information on how current housing policies and welfare reform are contributing to addressing the housing deficit in the [UK]. Please provide statistical information on the supply of social and affordable housing, especially for the most disadvantaged and marginalized individuals and groups, including middle- and low income individuals and households, young people and persons with disabilities.

As of April 2015, 1.2 million households (not people – households) were languishing on social housing waiting lists. At the same time, tenant evictions rocketed to 42,728 households – 53% higher than in 2010. Campbell Robb, the chief executive of housing charity Shelter, said the figures were:

clear proof of the devastating impact that welfare cuts and the chronic shortage of affordable homes are having on hundreds of [tenants] every day […] short-sighted welfare cuts are only making things tougher.

One such “short-sighted” welfare cut is the bedroom tax – and it has hit disabled people the hardest. 63% of households who have been penalised by the “Spare Room Subsidy” have someone classed as disabled living in them. Furthermore, in April 2013 the government slashed £500 million from means-tested council tax funding and told local authorities to basically “sort it”. This meant 670,000 of the most vulnerable households faced a rise in their bill of £120 – and this, again, hit the disabled and their carers the hardest.

The UN also asked the government to comment on:

how they have improved access to work opportunities among the most disadvantaged and marginalized individuals and groups, including persons with disabilities

“Remploy” factories were set up to provide employment for people living with disabilities. But the government closed the last of them in 2013. Of the 1,500 employees made redundant half were still unemployed as of 2015.

But the most damning aspect of the UN’s analysis was surrounding austerity. The committee requested evidence to show:

that austerity measures introduced through the Welfare Reform Act of 2012 do not disproportionately affect […] economic, social and cultural rights, in particular disadvantaged and marginalized individuals and groups [and how the government] will ensure a minimum amount of social assistance benefits that provides an adequate standard of living for the system’s beneficiaries and their families.

Joint research by the London School of Economics and the Universities of Manchester and York showed that spending on social care for vulnerable adults had been slashed by a third and that the poorest twentieth of the population lost an average of nearly three percent of their incomes over the period – while individuals in the top half were actually better off. Some might say a “class war” is being waged in the UK.

International bodies such as the IMF have repeatedly criticised the government’s austerity measures. However, this has seemingly fallen on deaf (or uncaring) ears.

The abolition of the Independent Living Fund (ILF) in 2015 has exacerbated this situation. Nearly 18,000 of people with high-support needs were stripped of around £300 per week. This is despite the DWP’s own research saying it’s “almost certain that closure of the ILF will mean that the majority of users will face changes to the way their support is delivered, including the real possibility of a reduction to the funding they currently receive [and] the loss of a carer or personal assistant”

People have gone from 24hr care to 10 hours a week. People are being washed, dressed, fed ready meals, made to wear incontinence pads when they are not incontinent and put to bed at a prescribed time by their local councils.

When the government closed the ILF, they said that the solution would be increased social care. What they forgot to mention was that they had already stripped over £3.5 billion from these budgets. Services were already at breaking point, and are now nearly broken with local authorities are struggling to cope. Furthermore, the forthcoming cuts to Employment and Support Allowance (ESA) of £30 a week for new applicants will add even more pressure to the most vulnerable in society.

People are dying as a result. Where is our right to independence, education, to work, to contribute to the society around us? The system that was set up to protect us, to enable us to live our lives’ to their full potential; now our disabled children will never live independently, they’re building Super Care Homes. It’s terrifying. We only escaped the institutions in the 80’s, we are 20% of the population.

The UN committee will report on its findings on the 24 June. Cherylee concluded with a sentiment so many must feel:

Please, please the UN – find them culpable, give us our rights back as human beings.

But that’s not the end of the story.

A second investigation is being conducted by the UN. The first of it’s kind in the world, the investigation is for possible “grave or systemic” breaches of the rights of disabled people by the UK government. The fact that the country with the fifth largest economy in the world is subject to this is staggering.

Speaking to The Canary, Disabled People Against Cuts (DPAC) said:

At the same time as the UN Disability Committee are carrying out an unprecedented investigation into the UK’s violations of disabled people’s human rights it is doubly shocking that yet another UN committee are also investigating them for further violations of rights of the vulnerable.

The test of a good society is you look after the elderly, the frail, the vulnerable, the poorest in our society. And that test is even more important in difficult times, when difficult decisions have to be taken, than it is in better times.

Because judging by the criticisms and concerns from the UN, you have been failing.

Sign the petition to stop cuts to disabled people’s benefits