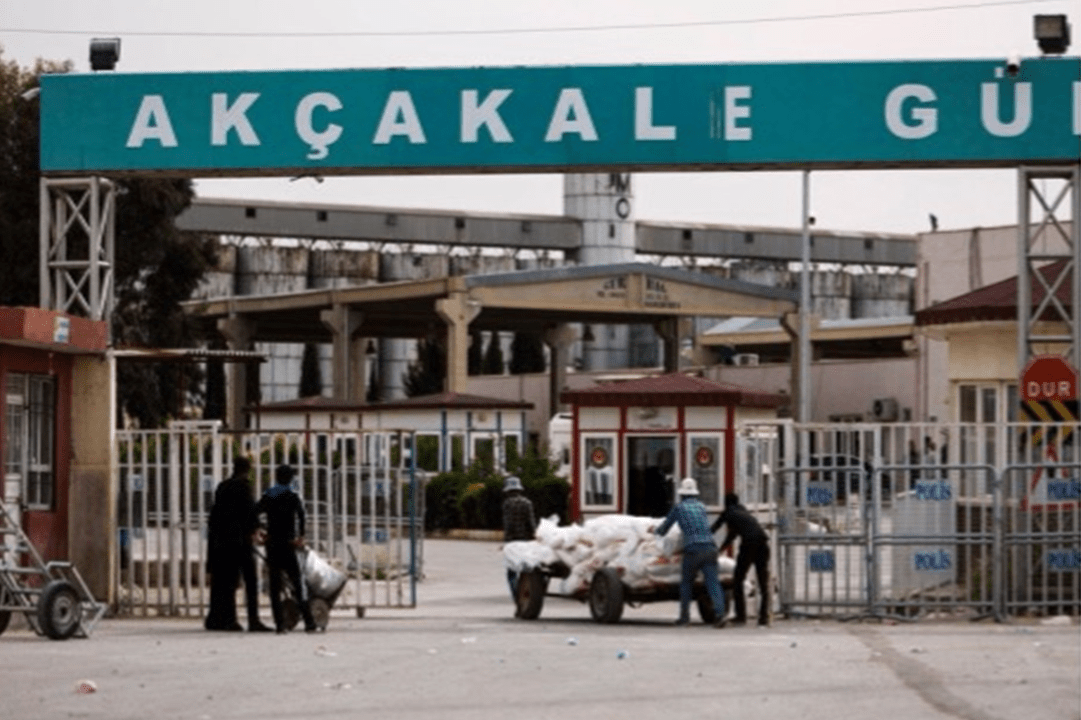 The Canary previously reported that ‘Free Syrian Army’ (FSA) jihadists spearheading Turkey’s invasion of Syria have strong links with al-Qaeda. And now, sources from northern Syria have produced fresh evidence of links between Turkey and Daesh (Isis/Isil) – evidence that probably explains how Turkey was able to ‘take‘ the border town of Jarablus from Daesh without a fight.

In April 2015, Turkish paper Today’s Zaman reported that “more than 100,000 fake Turkish passports” had been given to Daesh. (Note, this article is no longer available because, earlier this year, the Turkish government took over the newspaper.)

The Canary‘s Brad Hoff also reported on CIA-Gulf-Turkish arms supplies to Daesh, which were documented through the analysis of weapons serial numbers by the UK-based Conflict Armament Research.

Now, newly-sourced evidence published on 29 August by the Foreign Relations Commission of the Democratic Self-Administration of Rojava (in northern Syria) has unearthed documents such as passports, ID cards, visas, money transfers, among other items belonging to Daesh militants (killed or captured).

The documents originated in Turkey or involved Turkey as a transit country, and suggest that the movements of Daesh members have consistently been approved by elements within the Turkish authorities.

(Note: This evidence should also be examined in the context of previously published evidence.)

In January 2015, documents pertaining to the Turkish military were leaked online, showing that Turkey’s intelligence services (MIT) had been caught by military officers transporting missiles, mortars and anti-aircraft ammunition via trucks “to the al-Qaeda terror organisation” in Syria. Public prosecutor Aziz Takci, who had ordered the trucks to be searched, was removed from his post, and 13 soldiers involved in the search were taken to court on charges of espionage.

According to Daesh suspects facing trial in Turkey, the MIT had begun smuggling arms, including NATO weapons to jihadi groups in Syria as early as 2011.

The security officers had spotted cardboard boxes inside the metallic container with “fragile” marked on them. On opening the boxes, they then found munitions hidden in crates below boxes of medicine. Cumhuriyet said the trucks were carrying around 1,000 mortar shells, hundreds of grenade launchers and more than 80,000 rounds of ammunition for light and heavy weapons.

The Turkish government also arrested four prosecutors who had ordered the search of the vehicles near the Syrian border, as well as more than 30 security officers – all of whom faced charges of military espionage and of attempting to overthrow the government.

In due course, Cumhuriyet posted on its website a video showing MIT trucks being inspected by security officers in January 2014. Today’s Zaman subsequently reported how the government ordered a gagging order to prevent the video from being published. A copy of the video can be seen below:

Human Rights Watch commented at the time that the incident exposed “murky dimensions to Turkey’s involvement with the conflict in Syria and the Turkish government’s concern to prevent any legal scrutiny of Turkish intelligence operations”.

Daesh using the FSA as cover

In July 2015, Turkish officials met with Turkmen forces in Syria to arrange their help in the planned (August 2016) offensive against the YPG/YPJ militias of northern Syria (the male and female militias defending the autonomous and multi-ethnic communities of Rojava). Other meetings to plan the offensive were subsequently arranged, and have been reported on by The Canary.

There was also an allegation in a video by a Daesh fighter captured by the YPG/J-led Syrian Democratic Forces (SDF) that he and other Daesh jihadis had been masquerading as a unit of the FSA funded by Turkey.

The official website of the Ceyş el-Siwar (Revolutionaries’ Army) published a confession by al-Sahaba Brigade member Ebdullah el-Ubeyd, who was captured in the village of Mariamın (liberated by the SDF in recent days with the support of Western airstrikes). Ebdullah el-Ubeyd confessed that his brigade is controlled by Jabhat al-Nusra (now known as Jabhat Fatah Al Sham), Ahrar al-Sham, and Daesh gangs – which were responsible for attacks on the SDF villages of Keshtaar and Mariamın.

Ebdullah Mihemed el-Xazî el-Ubeyd stated that this group is led by Ebû Mihemed el-Newêjî, and all its leading figures are affiliated with Daesh. He explained that the Turkish state supports their group financially, and added that members of the al-Sahaba Brigade, Jabhat al-Nusra (Fatah al Sham), Ahrar al-Sham and Daesh conducted attacks against Aleppo’s Azaz region under the name of the Free Syrian Army.

US long aware of FSA-al-Qaeda link

The US (and its coalition allies) has been aware of the links between Free Syrian Army jihadists and al-Qaeda for a long time. Here is just one previously published report indicating that knowledge from the Brookings Institute:

…while rarely acknowledged explicitly in public, the vast majority of the Syrian insurgency has coordinated closely with Al-Qaeda since mid-2012 – and to great effect on the battlefield.

Now, with the recent publication of the photographic evidence of Turkey-Daesh and Turkey-al-Qaeda collusion, there is proof beyond doubt that Turkey’s invasion of northern Syria was not about attacking Daesh, but entirely about limiting SDF advances.