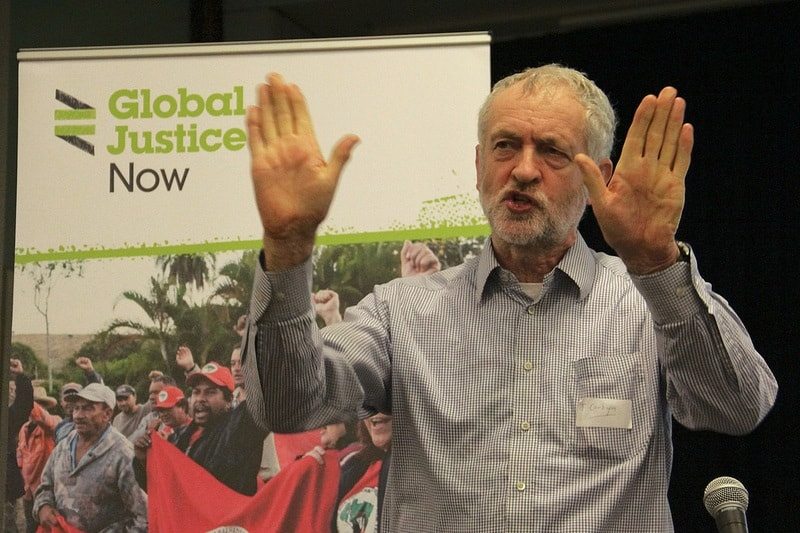 Jeremy Corbyn is investigating claims that the Labour leadership contest is being rigged against his supporters through arbitrary voting bans.

The Labour leader has demanded the name of every person who has been disenfranchised, telling The Guardian:

Shehab Khan, political columnist for The Independent, estimates that Labour could have banned over 200,000 members.

Corbyn expressed concern about the democratic cost of silencing so many voices:

I’m concerned about that because surely in a democratic process everyone should be entitled to vote unless there is some very good reason against them.

Many Labour members appear to have been banned for not very good reasons at all.

An 82-year-old lifelong Labour voter and member was expelled by the party for merely encouraging democracy – retweeting a post on social media a year ago which called for Green Party leaders to be included in TV debates. For the Compliance Unit, that single retweet justified expelling the deep-rooted party member for five years, because it supposedly signified support for the Greens.

One Twitter user’s membership application was apparently rejected for her social media posts on Palestine.

Perhaps the most incredible so far was the member disenfranchised for tweeting “I f*cking love the Foo Fighters”.

Expressing apparent support for the Green Party or Liberal Democrats seems to be one of the predominant reasons why people are being banned.

Another member was barred for a single retweet. Chris Devismes joined Shadow Chancellor John McDonnell in pointing out the apparent double standards of the Compliance Unit:

But it's such a thin line we tread, some clearly aren't penalised for abuse pic.twitter.com/XDrHEhjPH3

Additionally, a number of supporters have written to The Guardian condemning “double standards over abuse in the Labour party”.

McDonnell responded after Ronnie Draper, the General Secretary of the baker’s union (BFAWU), became one of the disenfranchised. He stated the decision was:

shocking, and appears to be part of a clear pattern of double standards.

What is surprising is that John McDonnell has decided to attack Labour’s biggest ever donor for the ring fenced £2.1m he gave to the Liberal Democrats to aid the remain campaign.

With regard to Johnson’s response, it’s important to remember that the Labour Party had its own Remain campaign – chaired by Johnson himself. So why did he not question Sainsbury’s decision not to give all his referendum-related money to Labour?

On the one hand, the Compliance Unit bans people for tweeting support for the Green Party. On the other, it allows a £2m donation to a neoliberal Lib Dem Remain campaign that looked vastly different from Labour’s.

Considering that Conservative MPs can defect to the Parliamentary Labour Party (PLP), people will be confused as to why they cannot defect from the Greens to Labour (for example) and be welcomed for doing so rather than expelled, suspended or disenfranchised.

In spite of the apparent purge, Corbyn said he remained confident that large numbers of his supporters would still be allowed to vote for him. Last week, a YouGov poll placed Corbyn at 62% and Owen Smith at 38%, suggesting the incumbent will only increase his mandate of 59.5% from last year.

It’s worth noting that if the contest were successfully rigged, it would be against Labour supporters. Voters would be getting an undemocratic outcome at the behest of top-down officials. If proven, Smith’s mandate would fall apart because it would have been orchestrated by a handful of officials rather than a representation of the will of supporters.

And as Mark Anthony France writes, the mass disenfranchisement is bigger than the outcome of the leadership election. It also works against the party as a whole and social democracy as a cause:

When the apparatus of the Labour Party exclude a member they not only take away the voice of a local champion but foster resentment, create confusion and spread demoralisation. The only people to benefit from these ridiculous witch hunts are Labour’s political opponents. The Tory Party and UKIP are probably laughing their heads off.

Abandoning post-Brexit Britain, some Labour MPs launched a coup against their democratically elected leader. Instead of ensuring working people were protected, they tried to unseat Corbyn through a series of carefully coordinated resignations and PR stunts.

Now, the Labour machine is alienating large numbers of the electorate with arbitrary voting bans. Appearing to purge Corbyn supporters would tarnish Smith’s victory, if he did win.

But the bans go beyond the leadership election. Disenfranchising members of the community electorally damages the party as a whole. And it suppresses the movement for greater democracy in Britain.

– Check out our other articles on Labour.