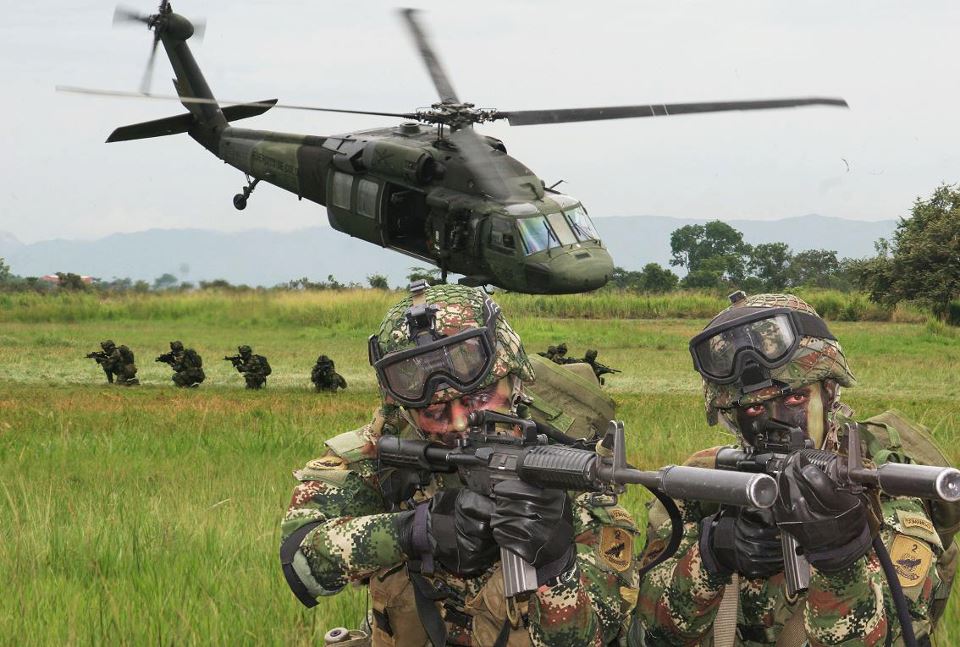 The Colombian government just gave its citizens the chance to vote for a monumental peace deal which would end decades of civil war. But voters shockingly said ‘no’ to peace. Here’s why.

A vote against peace

As The Canary previously reported, the deal was set up in June after years of negotiations saw the government and the Revolutionary Armed Forces of Colombia (FARC) sign a historic ceasefire agreement.

On 2 October, citizens were asked in a referendum to either reject or endorse the peace deal.

Only 38% of the electorate (13 million people) voted, and the ‘Council of Risk Management’ (a national electoral monitoring group) stated that around four million voters couldn’t get to polling stations because of Hurricane Matthew. Most of these voters, says TeleSur, would probably have voted in favour of the peace deal because they have borne the brunt of the war.

This result means that the current deal is unlikely to be implemented.

On the brink of peace or war?

President Juan Manuel Santos had expected a comfortable endorsement of the peace deal, and said during the campaign that there was no ‘plan B’. The country, he said, would return to war if the deal was rejected. The decades-long war has seen:

After the referendum, however, Santos seemed to change his tune, stressing that negotiations with the FARC would begin again. In a televised address, he said:

I will continue seeking peace until the last day of my presidency.

The ceasefire, he insisted, would continue.

So for now, at least, Colombia may avoid a return to war.

If it hadn’t been for Hurricane Matthew, the vote would almost certainly have been tipped in favour of a ‘yes’ vote. But the loss of four million potential voters was not the only reason for the rejection of the peace deal.

The main opponent of the ‘yes’ vote was ex-president Álvaro Uribe, whose campaign was backed by former drug traffickers and big landowners. Uribe, a hard-line right-winger, served as president from 2002 to 2010. He was elected on a platform of eradicating the FARC once and for all. The Bush Administration in the US supported this escalation, pushing billions of dollars of military aid into Colombia while US agencies began a covert program which saw at least 24 rebel leaders assassinated in the space of a few years.

In the run-up to the referendum, Uribe and his backers argued that the current peace deal would let the FARC off too easy. But in reality, the peace deal had agreed to create special tribunals (with international judges) in order to prosecute both government and FARC actors responsible for war crimes.

For TeleSur, the real reason the ‘no’ vote won (apart from the four million missing voters) was that:

the fear-mongering campaign launched by these forces [Uribe and co.], with the support of right-wing media, proved too much for the forces for peace.

However, there is still a massive hunger for peace in Colombia. And as the country seems likely to face rising uncertainty in the coming days and weeks, the fight is now on to keep prospects of peace alive.