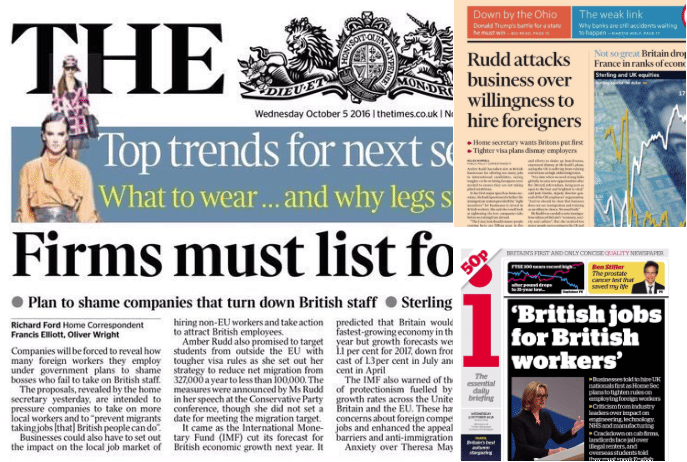 People woke up across Britain on 5 October to find nearly every newspaper proprietor in the country attempting to out-racist each other with their front pages. Driven by the hateful rhetoric spilling out of the Conservative Party Conference in Birmingham, these headlines belong in 1930s Germany, not 21st-century Britain. 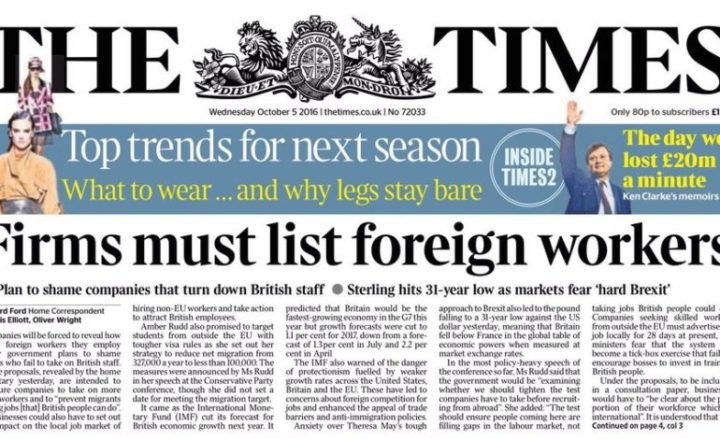 The Murdoch-owned Times went with a focus on new Home Secretary Amber Rudd’s plan for firms to provide the Home Office with lists of any workers who are foreign-born. In a speech that should be remembered as the ‘Britain is Closed’ speech, Rudd laid out plans to effectively slam the door in the face of any newcomers to Britain, and stigmatise those here already to such a degree that they soon leave. It was brutish, crude, and dangerously incendiary.

People were quick to see the undertones from one of the darkest periods in human history.

"Firms must list foreign workers"! What next? Make them wear special badges and stop them owning anything? pic.twitter.com/hyBJjZwKsZ 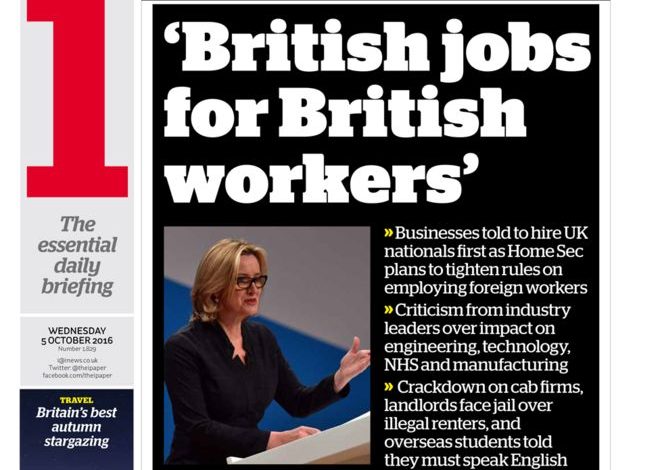 The i followed suit with that tired-out appeal of ‘British jobs for British workers’, which has fallen out of the mouth of cynical politicians from Enoch Powell to Gordon Brown. In opposition, Theresa May and David Cameron railed against this rhetoric.

In 2007 David Cameron attacked Gordon Brown for using "British jobs for British workers" + accused him of taking the slogan from the BNP.

In power, May’s government is busy turning teachers, lecturers, employers and even nursery workers into immigration officials. We could well end up with a country of curtain-twitching xenophobes, reporting our neighbours to the state for infractions against Britishness.

Hoping for The Guardian to stick it to May and Rudd over their bigotry? Think again. In Guardian land, May is apparently moving to the centre ground. 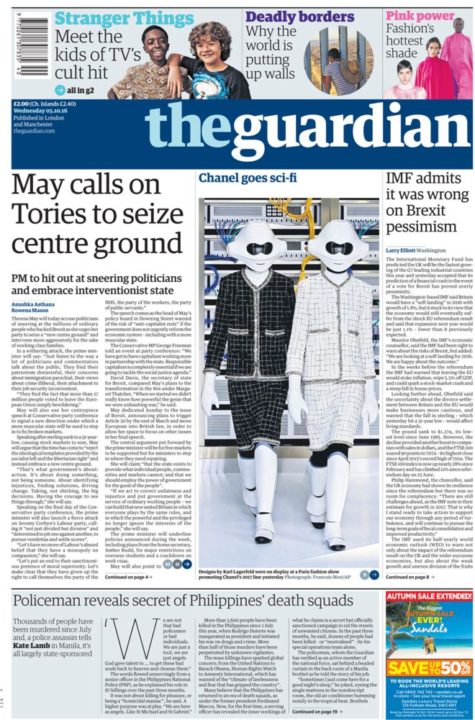 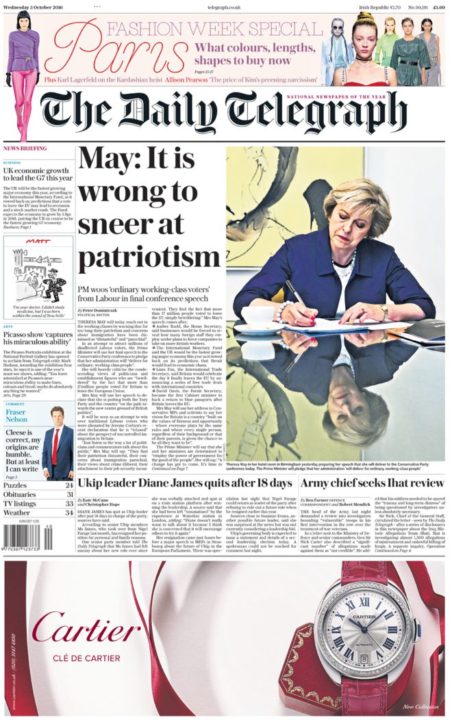 The Telegraph, meanwhile, in anticipation of outrage at the racist and isolationist content of the Conservative Party Conference, decided to head it off at the pass. The promises of British jobs for British workers, naming and shaming of foreign workers, turning citizens into immigration officials, and turning away foreign students aren’t xenophobic at all. According to Theresa May and The Telegraph, it’s patriotism  – and to disagree is to sneer.

Of course, this ignores the fact that for a great many people, patriotism is not about a strip of land, a flag, or a woman sat on a golden throne in a million-pound hat. It’s about creating, on a daily basis, the kind of society of which we can be proud. A place where civility, welcome, kindness, generosity of spirit, endeavour, and excellence are encouraged and rewarded. These are ways of being that anyone, whether born here or arrived here, can embody and foster in others.

Without that, no amount of bunting and scones could mask the fact that we would be a degenerate society. Authoritarian, envious, suspicious and brutish. These are not aspirations any of us should have in our hearts, let alone as government policy.

But as one excellent tweet put it, can we really come to expect anything better from a Conservative Party which is out of ideas, and out of touch?

This is not the time for hand-wringing, but for absolute refusal to allow these morally bankrupt, tired, old arguments to win the day in our time.

So what is The Canary’s view on all this? Simple. There isn’t a place in hell hot enough for those in politics and the media who make their careers off the back of prejudice. Whether they sit in UKIP, the Conservative Party or Labour is irrelevant. If you trade in the ghettoisation of minorities for power, you are a retrograde step for humanity.

Sadly, there was not a front page in Britain’s traditional media today which actually bothered to hold the same position. And that is a travesty.