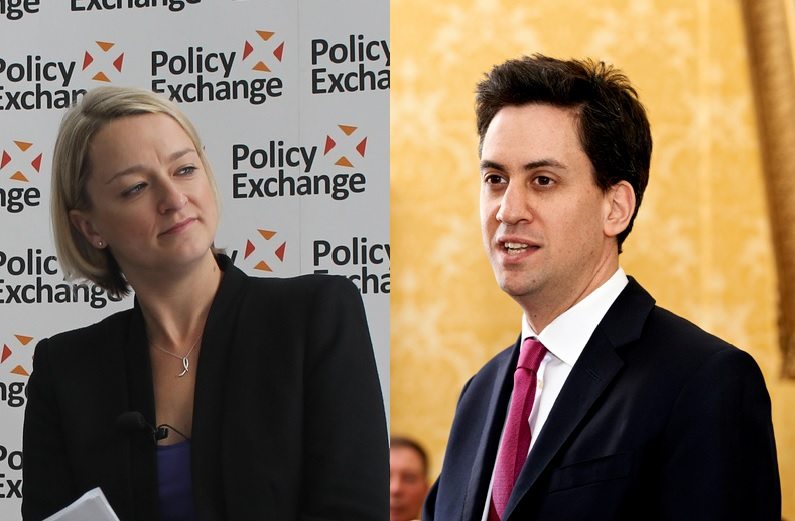 Prior to May’s conference speech on 5 October, Kuenssberg tweeted one Conservative policy she expected to be announced:

May will also hint at introducing price controls on energy companies, altho there wont' be detailed policy announcements in the speech

Shortly after the BBC’s Political Editor had revealed that ‘insider’ information, Miliband responded:

Miliband’s own ‘intervention’ here is spot on, as his assessment of the plan to introduce price controls in the energy sector is almost identical to the criticisms hurled by the Tories at Miliband himself when he proposed the same as Labour leader.

During a Prime Minister’s Questions (PMQs) session in October 2013, following Miliband’s own announcement of a price freeze on energy tariffs, then Prime Minister David Cameron said:

You want to live in some sort of Marxist universe where you control these things but you need a basic lesson in economics.

Now that May is considering following in Miliband’s footsteps, it seems that “Marxist universe” isn’t so unattractive to the Conservatives after all. And Kuenssberg’s abject failure to reveal that astonishing Tory turnaround without a shred of irony was thoroughly spotlighted by Miliband doing it for her.

Miliband was right, but there’s more to be done

The idea of putting price controls on the ‘big six’ energy companies is very popular with the public. And with jaw-dropping profits being regularly announced by these companies, it’s not hard to see why.

Of course, such a policy is not so popular with those companies themselves. But in reality, it’s not their biggest problem. The monumental issue for these energy suppliers is the existential crisis they currently face.

The energy most of these suppliers distribute is from conventional sources. But as most now recognise, these fuels (such as coal, oil and gas) need to be phased out quickly if we are to tackle climate change in any meaningful way. Renewable energy is the only way forward if we are to safeguard the future of our planet.

That is the true threat to those whose entire existence is grounded in conventional energy. But the chances of May’s government being ready, and willing, to tackle that simple truth are remote. One of the new Prime Minister’s first acts was to abolish the Department for Energy and Climate Change. And in 2015, her party took the decision to increase subsidies for the fossil fuel industry, while decreasing support for renewable energy.

These choices do not bode well. But if Kuenssberg’s ‘leak’ becomes Conservative Party policy, it could mean future energy bills are not such a bane for the British public. And although it’s a stolen idea, it’s a good one.

Let’s hope there are more good ideas on the horizon concerning the environment, for the sake of our planet and all that depend on it.

– See how some local councils are fighting back against the ‘big six’ energy companies.

– Take action to protect our environment with Greenpeace.