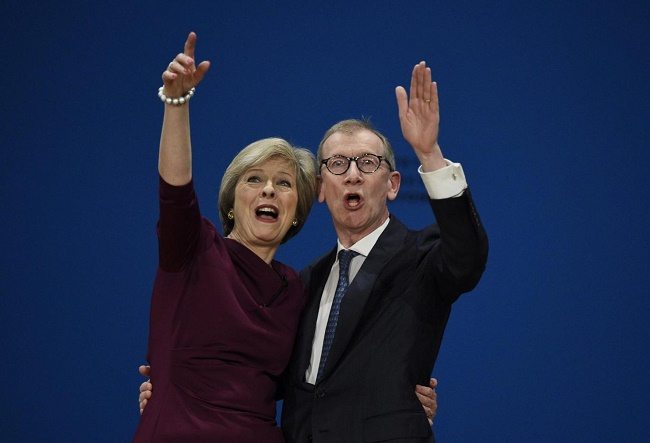 On Wednesday 5 October, Theresa May branded Labour the “nasty party”, and called Brexit a “quiet revolution” at her keynote Conservative Party Conference speech. But just hours earlier, a shocking attack on a group which had been booked to host a fringe event occurred. And it makes the subject they were there to discuss all the more important.

Tell Mama is an independent, non-governmental organisation which works on tackling anti-Muslim hatred. They provide a Measuring Anti-Muslim Attacks (MAMA) service that allows people from across England to report any form of anti-Muslim abuse. Victims or respondents can record the attack on their website, where they can describe the details of the abuse suffered, whether verbal or physical, and then add in the location. This allows Tell Mama to map anti-Muslim incidents across England.

The group had booked a space to host a fringe event at the Conservative Conference in order to discuss a report called The geography of anti-Muslim hatred. But before they had a chance to even begin the event, Tell Mama claims its staff members were subject to “insults”, “homophobic abuse”, “threats of violence”, and then denied access to their own event.

The abuse was allegedly at the hands of staff from the security company G4S, which has a long history of malpractice. In a statement, Tell Mama said, while not wanting to “become the story”:

This does not however, mean that the behaviour shown to us by Conservative conference and G4S staff will be set aside when we had booked and tried to gain access to our fringe yesterday.

In particular, to register, book, turn up and be denied access to our own fringe event and to have G4S staff placed around our staff and insult them, whilst openly making homophobic comments against an LGBT member of staff is unacceptable and these comments were heard by senior managers within Tell MAMA. Furthermore, to be then threatened with violence by two G4S staff and to be denied access to our fringe when we are there to inform people about anti-Muslim hatred, does not bode well.

Tell Mama said that a complaint will be made.

The incident, sadly, did not give the group the chance to discuss its damning report into the abuse Muslims face in England.

In its report, Tell Mama details a number of worrying statistics:

But perhaps the most concerning part of Tell Mama’s report was about use of language. The group said that:

Our analysis found that nativist, far-right language construed Muslims as violent rapists or terrorists and a cultural threat to Britain. Our data reveals that 45 per cent of perpetrators of online incidents are verifiably supportive of the far-right. If we could not prove far-right affiliation, it demonstrates that far-right narratives are being normalised in online discussions which directly and indirectly target Muslims online.

Dragged to the right

The group’s experience at the hands of G4S security only compounds that last point. The very fact that its representatives were treated in such a way, by people supposed to be working in a professional capacity, perhaps demonstrates the ‘normalised’ way in which far-right rhetoric has grown.

As Tell Mama said about the incident:

In the middle of these toxic views, we try and undertake our work and under a barrage of abuse, threats and intimidation over the last 5 years, both from groups selling the perpetual victim narrative and those on the extreme far right.

Yesterday, if we can be honest, it seemed that the very dignity of victims that we try and preserve through our work, was stripped from our staff.

With Theresa May seemingly dragging the country further to the right, and Tell Mama’s own statistics on the rise of hate crime, the group’s work is more important than ever. And so is the need for everyone on the left to stand up to all forms of abuse, whenever and wherever they occur.

– Support Tell Mama in the work they do.

– Contact them if you’ve suffered online or offline abuse.