The link between a UK activist, Wikileaks, and US mass surveillance (Part 3) [VIDEO] - Canary 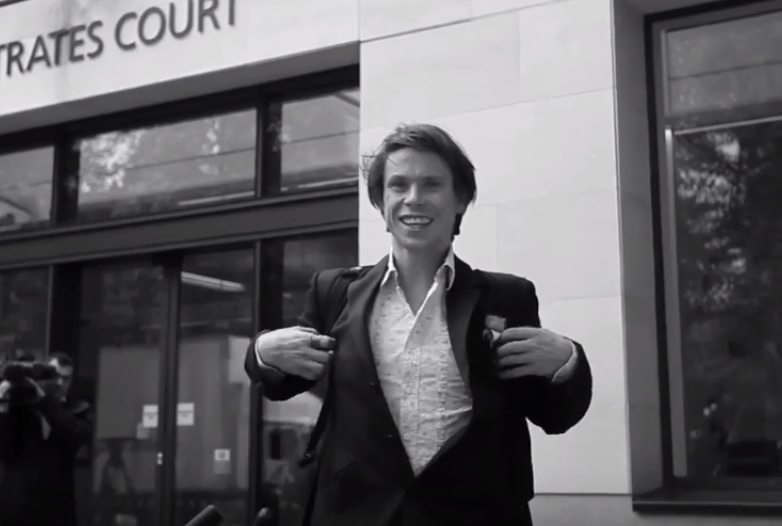 British computer scientist and activist Lauri Love faces the possibility of life in a US jail. He has had multiple charges thrown at him just as American IT genius Aaron Swartz faced before ending his own life in 2013, as described previously at The Canary. But there was one more dimension to the ‘persecution’ Swartz suffered which the mainstream media has failed to highlight.

What was Swartz doing?

There is evidence that Swartz had been conducting investigations prior to his death that may have seriously worried American authorities. Given his particular skills, he could have come across a new global surveillance system that was being developed literally under his nose. And this may have been a key reason for the Secret Service being assigned to his case.

Aaron Swartz was not just a talented digital campaigner. He also played a crucial role in defeating the Stop Online Piracy Act (SOPA). This defeat was a major blow to government legislation policy in the US.

Perhaps more significantly, Swartz had been conducting investigations into what had been happening to Chelsea (formerly Bradley) Manning during her incarceration at the Quantico Brig. He had also been researching Manning’s prosecution.

The authorities were fully aware of these extracurricular interests, thanks to the freedom of information (FOI) requests that Swartz had made. And from the authorities’ point of view, such interests from a person like Swartz, with his much-lauded investigative skills, might have proven a threat to Manning’s successful prosecution, which at that point in time was coming to a close.

On January 19, 2013, in a dramatic series of tweets, Wikileaks added to the speculation:

2. Aaron Swartz was in communication with Julian Assange, including during 2010 and 2011

3. We have strong reasons to believe, but cannot prove, that Aaron Swartz was a WikiLeaks source. #aaronswartz

But that was not all

There was also another dimension that could explain why the Secret Service became involved in Swartz’s prosecution.

In the lead-up to Swartz’s arrest, the Lincoln Laboratory at Massachusetts Institute of Technology (MIT) had been partnering with the Department of Homeland Security (DHS) on a secret project involving the development of mass surveillance technology. It was imperative that the project remained under wraps until it was officially launched in March 2011, and that the blueprints for its design were not discovered or revealed.

The product that was being developed was a new state-of-the-art surveillance camera that could be positioned in any part of the world and accessed by intelligence gatherers. The name of the project was the Imaging System for Immersive Surveillance (ISIS). Given its specifications, ISIS could well have been the companion hardware technology to the infamous Trapwire.

Trapwire was first revealed via Stratfor-hacked emails by Jeremy Hammond, then published by Wikileaks. Trapwire was subsequently investigated by Barrett Brown via his Project PM website, as well as by a handful of bloggers. Anonymous subsequently launched a global campaign against Trapwire.

According to one report, Trapwire was developed with DHS funding – the same government department that funded ISIS.

The prototype Trapwire was the brainchild of Abraxas Applications (formerly Abraxas Corporation) which was staffed by former agents from the Pentagon, the CIA and other government entities.

There had been circumstantial evidence that Abraxas Applications was ultimately owned by Cubic Corporation, which also manages transit systems and anonymising facilities used by journalists and human rights activists. Cubic strenuously denied ownership, but in the end Russia Today was able to demonstrate that Cubic was the ultimate owner. Cubic also designed, developed and installed the Oyster Card system for London’s Underground and buses. The implication was that such a surveillance system was linked to millions of emails and peoples’ everyday movements.

But ISIS, according to a DHS report, solved all those problems and could help revolutionise surveillance.

Whether ISIS was linked to the Trapwire project is down to speculation. But even if it wasn’t, ISIS would still have been considered a top secret project, not to be exposed. Perhaps this may explain why the prosecution of Swartz involved so many security specialists.

Back to Lauri Love

Many people believe that Aaron Swartz was a victim of prosecutional overkill, and was at the time suffering from depression. Likewise, it is feared that Lauri Love, who similarly suffers from depression, may also (as he has already intimated) commit suicide rather than face the ordeal of a trial in the US.

It is therefore timely that the motivations behind the prosecution of Swartz – which provoked the subsequent attack by Anonymous – be re-examined, if only to fully explain why Swartz was ‘persecuted’, and to explain why the same is now happening with Love.

Perhaps the final words on this matter are best given by Lauri Love himself – with some help from Aaron Swartz: