This is the plague already infesting our schools, while grammar schools grab the headlines [TWEETS] - The Canary 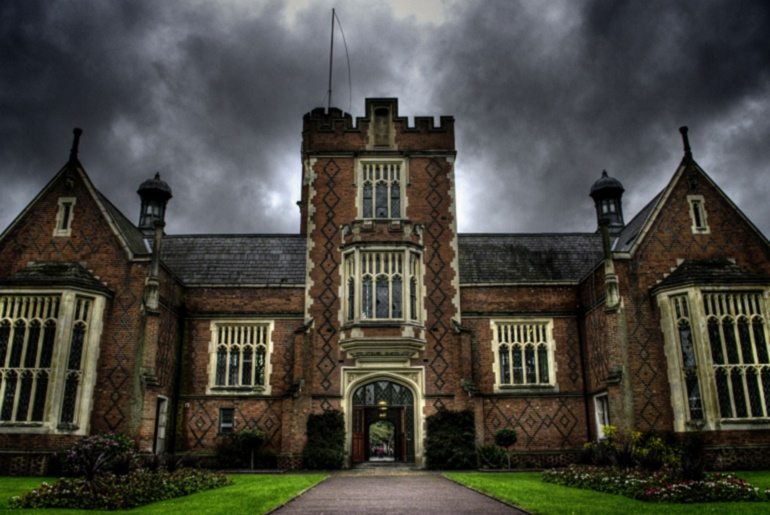 With the impending introduction of grammar schools grabbing the papers’ headlines, we’ve forgotten about the existent plague already infesting our schools. It’s the plague of the Conservative ideology. One which sees MPs dining on lavish expenses and paid lunches, while school children are punished if parents can’t afford to pay for theirs.

This is exactly what’s happening in one of the Conservatives’ own ‘free schools’.

What is a free school?

Free schools were created by the Conservatives during the coalition government. Praised by some for being “innovative, efficient and effective”, they were set up to allow schools greater control over their budgets and teaching curriculum.

While some claim that free schools “show the Tories at their best”, the following letter (sent to parents from a ‘free school’) paints a very different picture: 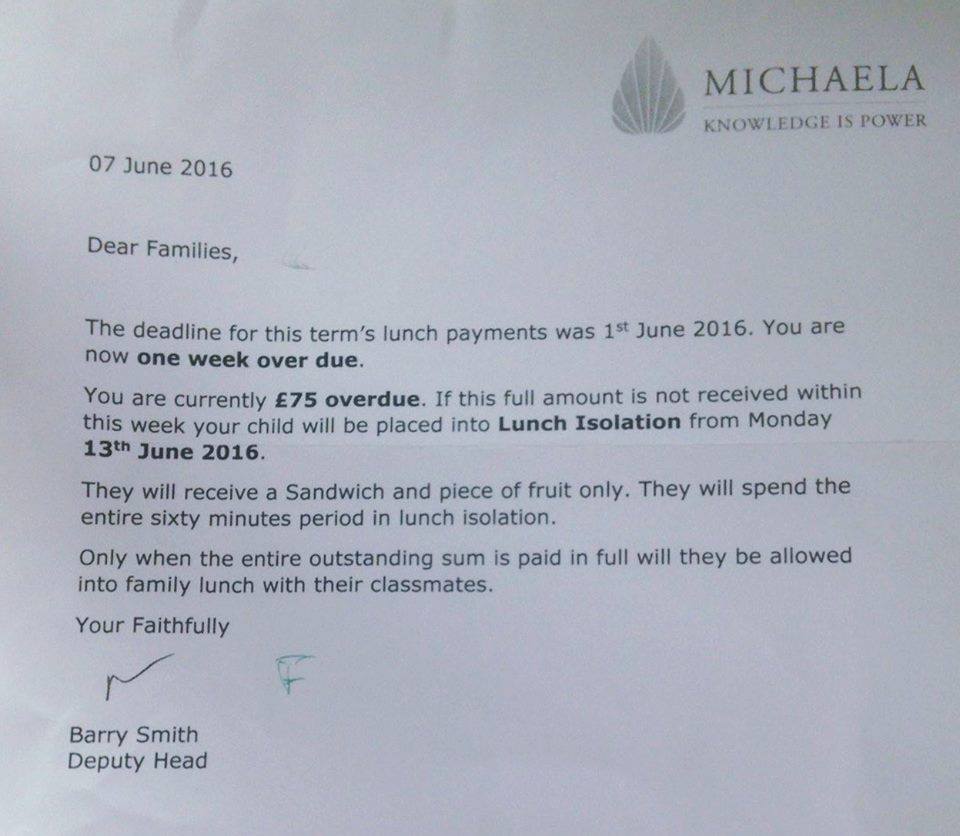 According to its website, Michaela “brings the values and advantages of a private education to young people of all backgrounds by providing a highly academic curriculum and strong discipline”.

Yet for a school that prides itself on educating people “of all backgrounds”, the letter suggests a fundamental flaw in its understanding of the problems faced by low-income families.

Dionne Kelly, a parent who received the letter, told The Daily Mail:

I found the letter quite threatening. Isolating children for their parents not paying upfront is degrading. It’s embarrassing for poor families.

Some people took to Twitter to call out the deputy head in question. But in response, Barry Smith maintained his compassion for the children and the school:

How do u sleep – the trolls ask. Secure in knowledge that I teach at a truly phenomenal school where compassion is bedrock – I reply

While placing children into “lunch isolation” if their parents have not paid their lunch debt is certainly a questionable practice, there is no doubt that the school is successful and provides children with an excellent level of education.

The issue here is one that the Conservatives continue to ignore. While MPs enjoy pay rises and expenses-paid lunches, low-income families are struggling to support and feed their children in school. If the ‘free school’ initiative was supposed to improve school standards, the government has once again ignored a basic human right in its plan — access to food.

Earlier this year, the government scrapped free meal grants for nearly 3,000 primary schools. This was only seven months after announcing a 10% pay rise for all MPs.

Clearly with the grant removed, the staffing bill will fall quite heavily on the budget. We are wondering at what point do other budget lines need to give because we absolutely have to provide these free meals. We won’t be able to spend as much on IT and books. Long term we will have to look at staffing reductions elsewhere.

By cutting these funds, as Squires highlights, the quality of teaching the school can provide is jeopardised. Picking up the costs of the meals eats into its budget for new, much-needed teaching equipment.

As such, these free school meals prove to benefit not only low-income families but all the children who attend the school. But instead of renewing the grants, the government chooses to use the money to subsidise MPs’ extravagant food and drink demands.

Before 2013, MPs’ lunches were almost completely subsidised. In 2012 alone, the taxpayers’ subsidy for the bars and restaurants in the Houses of Commons reached £5.8m. Because of the expenses watchdog, this subsidy was reduced and, in 2015, it was announced that MPs would be banned from claiming expenses for dinners before 11pm.

Despite these cuts, it was revealed that £2.5m of taxpayer money was still being used to subsidise MPs’ food and drink throughout 2015.

In 21st-century Britain, why is the taxpayer continuing to fund meals for the privileged, while the needs of school children go ignored? The government is either delusional, or it is consciously forcing families further into poverty. And if May has her way, the plight of low-income families will continue to be ignored with the arrival of grammar schools. Recent figures show only 45 children on free school meals attend the top ten grammar schools in England. Those schools teach over 8,600 students. While May claims that grammar schools do not leave poor children behind, instead making them do better, one needs to ask how they will even begin to do that on an empty stomach.

– Read more about May’s education plans on The Canary.