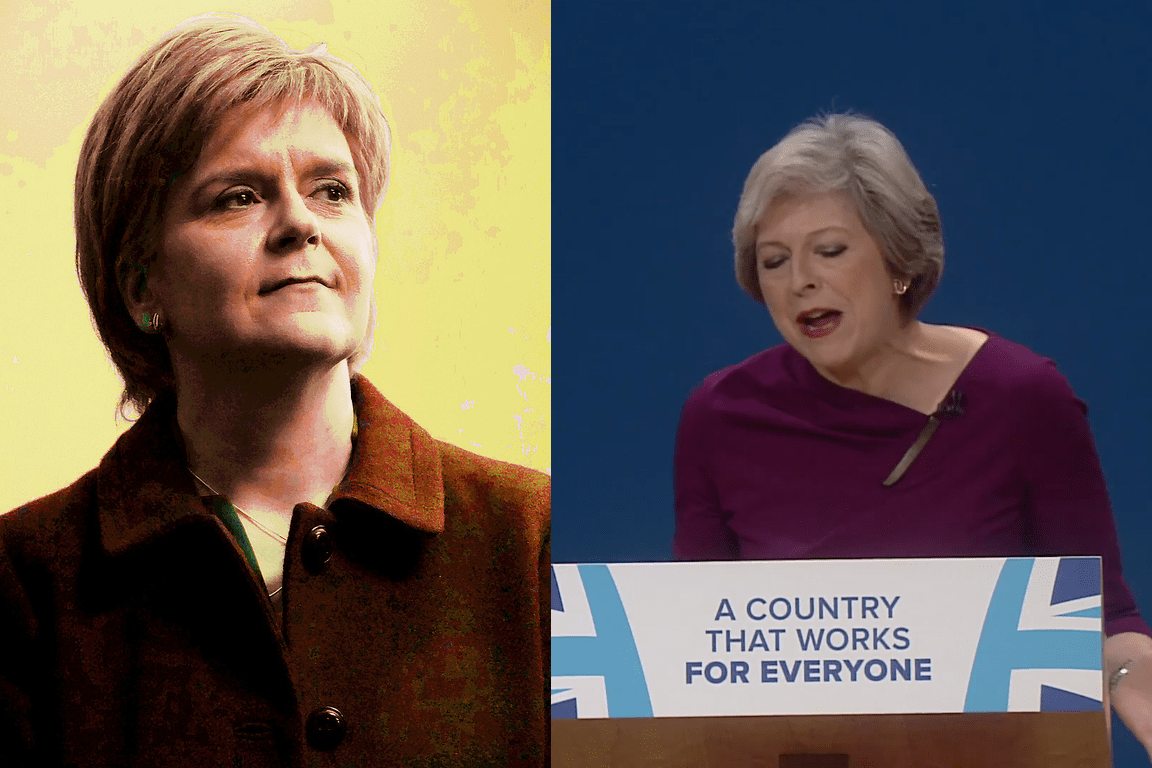 SNP leader Nicola Surgeon only needed one sentence to deal with Theresa May’s vision for Britain.

As part of a barnstorming attack on the “xenophobic” proposals that could see firms having to list their foreign workers, Surgeon said:

Theresa May’s vision of Brexit Britain is a deeply ugly one – a country where people are judged not by their ability or their contribution to the common good, but by their birthplace or by their passport.

Quite. Very far from the rhetoric of a ‘meritocracy’ that the Conservatives speak of. The anti-immigration policy was laid out in speech by Home Secretary Amber Rudd, which LBC radio host James O’Brien called out for using very similar language to chapter two of Adolf Hitler’s Mein Kampf.

Over in England, Labour leader Jeremy Corbyn also slammed the policies announced at the Conservative Party Conference, drawing attention to the major issues at play:

Conservative Party leaders have sunk to a new low this week as they fan the flames of xenophobia and hatred in our communities and try to blame foreigners for their own failures.

Rather than addressing these issues with anything other than lip service, the Conservatives used their annual conference to launch an assault on foreign people.

Back to the SNP, Sturgeon also questioned what the anti-immigration policies mean for the UK as a whole:

It is an appalling, regressive, and hugely troubling development which will leave many people in Scotland – and across the rest of the UK and beyond – wondering, with real concern, what kind of country the Tories want us to be.

As with grammar schools, the one good thing about these draconian anti-immigration proposals is that they will help to unite Labour and other opposition parties. The SNP, Plaid Cymru and the Green Party have all called for progressive parties to unite to shut down May’s “toxic” plans.

All of us must shout loud and clear: this is not the Britain we want to live in.

– Read The Canary‘s other articles on the Conservative Party conference.

– Support The Canary, so we can keep bringing you the new that matters.