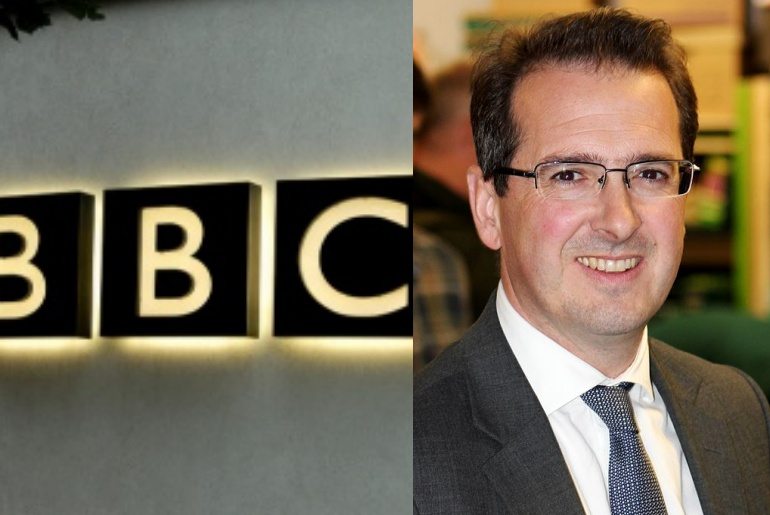 On 5 October, Theresa May used her conference speech to claim Labour was now the “nasty party” and that she wants a “united Britain rooted in a centre-ground”. So you’d think that the BBC’s Today programme on 6 October would want to follow the Prime Minister’s speech with commentary from the opposition. Instead, the broadcaster decided to conduct a biased interview which made a mockery of its increasingly shaky reputation as a neutral news source. You can listen to the interview here (it starts at 01:32).

The choice of interviewee

Given Corbyn’s decisive majority in the recent Labour leadership election, you would be forgiven for thinking that the right person to be interviewed over May’s speech would be either Corbyn or one of his team. Instead, the BBC wheeled out the loser, Owen Smith, to reiterate his rejected ideas which failed to win over the Labour electorate.

Interviewing Smith immediately played into an anti-Corbyn agenda. Instead of someone who could have robustly attacked May’s speech, Smith’s wishy-washy responses were not only excruciating to listen to, but played right into the hands of both the failed coup plotters and May’s fatuous claims.

If Jeremy Corbyn is reading the papers with his breakfast this morning, he must be weeping into his cornflakes.

He went on to talk about “a triumphant Theresa May enjoying rapturous applause of a seemingly united Conservative Party”.

That’s what Labour stands for – fighting amongst themselves, abusing their own MPs, tolerating anti-semitism, and supporting voices of hate. You know what some people call them? The nasty party.

Humphrys then introduced Smith as:

Well, one Labour MP who might agree with at least part of that is Owen Smith.

Smith did at least try to tackle one of the fundamental issues with May’s speech. When asked whether he agreed with her analysis of the Labour Party being the nasty party, he stated:

But I think there’s a big difference between a bit of nasty debate within the Labour Party and where the Tories have been for the last six years… which is being nasty to the British public, introducing austerity, cutting back…

And he continued to quote parts of May’s speech about how she wants to “attack unfairness and injustice”, telling Smith that her policies are “exactly what you would like to do”.

So she says, John. Truthfully we’ve heard it all before.

Smith could have jumped on Humphrys’ claim that austerity is all in the past. There are record numbers of homeless people; services are still being cut beyond recognition; and we have a system of cuts which is making people mentally unwell. Austerity kills. And May made no mention of rolling back any of the policies which have been slated by the UN as human rights abuses or cuts to care which have seen disabled people being told to wear nappies.

Agreeing with the Conservatives

While Smith did try to talk about the “thousands of pounds being cut out of the livelihoods of working people”, he was interrupted:

And she says she’s stopping that though, doesn’t she? She says she’s going to borrow to invest – to tackle unfairness and injustice, time to remember the good that the government can do. Yes, of course we’ve heard this sort of thing before, but that’s what politics is about.

The point is, this is a change in direction for the Conservative Party.

Again, instead of interviewing someone who could have torn strips off May’s spin doctored claim of standing up for “ordinary working class people”, the BBC opted for Smith’s weak commentary. In fairness to Smith, he did try to counter some of the policies of the government which have led to “yawning inequality”, but ended up agreeing with the gist of May’s speech.

And that is exactly the sort of language that you could hear coming from, well Ed Miliband’s mouth certainly, and indeed, I’d imagine, your own.

Absolutely. And imitation is always the sincerest form of flattery if they follow it through, John.

And while there is mileage in critiquing the fact that the Tories have appeared to have adopted some of Labour’s policies – and Smith does go on to do this – the fact that he so readily agrees with what May is saying speaks volumes.

Humphrys then turned his attention to attacking Corbyn:

What we have from Jeremy Corbyn, according to many people, is a promise to return us to the bad old days of Labour; Labour at its worst. And when people make that comparison, well we can see what the opinion polls are telling us now, can’t we – they are rejecting the Corbyn view, and going for this view, if we are to trust the polls at all.

This statement, filled with inaccuracies, would have been bad enough if it had been posed to Corbyn or one of his supporters. But asking it of his opponent, who admitted Corbyn won a “decisive majority”, is ludicrous. Humphrys’ claims of “Labour at its worst” and “rejecting the Corbyn view” showed contempt for the thousands of people who have joined the party since he became leader, and who have subsequently re-elected him – especially since they were not given the right to reply.

Instead, Labour views were left to someone who does not currently represent them, who feebly responded:

Well, yes we are consistently behind in the polls, and I said that all summer obviously, John.

The interview then focused on the nebulous “centre ground” which May is claiming to occupy. Although quite how a party which Home Secretary’s speech has been compared to Mein Kampf, and who are committed to decimating fundamental human rights protections can be seriously described as “centre-ground” is a complete mystery.

But again, instead of critiquing May’s abhorrent policies, Smith chose to reiterate his mantra, which has already been rejected by Labour Party members:

I think the truth is politics is fought and won in the centre-ground and Labour need to be a centre left party. I don’t think at the moment we are being perceived as that in the country and that was the core argument I made throughout this summer.

For the BBC, this statement became the highlight of the interview. And while the short piece and extract also said that Smith said the party should unite, there is a massive problem. The day after the leader of the country made her conference speech, the BBC again fixated on divisions in the Labour Party rather than delivering a serious critique of Conservative Party policy.

Journalists are biased, none of us is neutral, and we all have our own political opinions. Problems occur when we are being told that the information we are receiving is impartial. According to BBC editorial guidelines:

Impartiality lies at the heart of public service and is the core of the BBC’s commitment to its audiences. It applies to all our output and services – television, radio, online, and in our international services and commercial magazines. We must be inclusive, considering the broad perspective and ensuring the existence of a range of views is appropriately reflected.

There was nothing impartial about this interview. From the choice of who to interview to the sneering tones of the presenter whose comments dripped with undisguised contempt, it made for uncomfortable listening.

It’s time for the BBC to come clean over its bias – because its claims of impartiality simply do not ring true anymore.

– Read other articles by The Canary on the media.