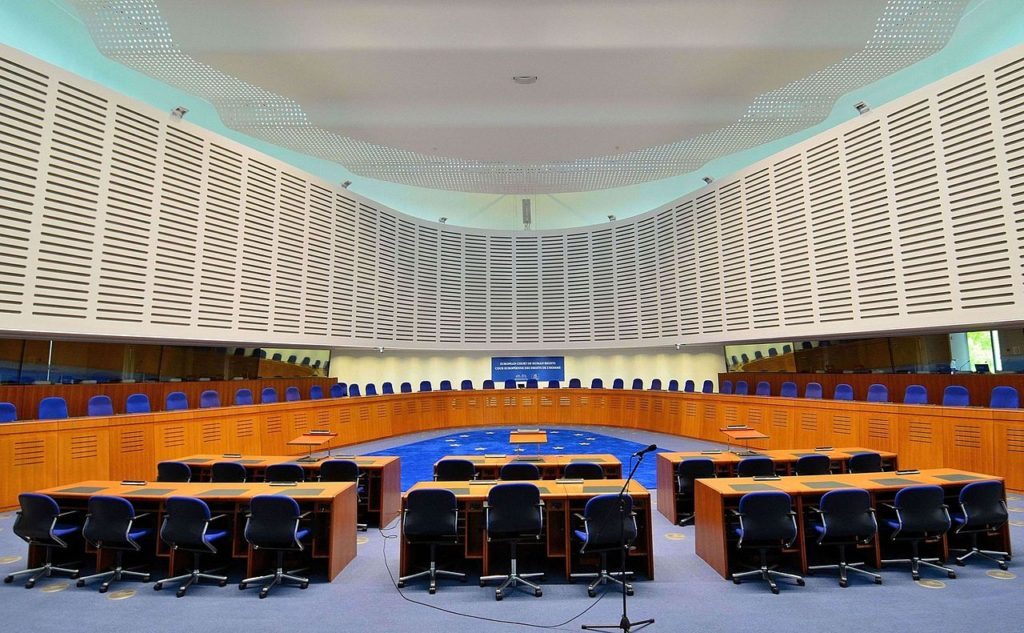 Theresa May’s government announced on 4 October that Britain will opt out of the European Convention on Human Rights (ECHR) to avoid annoying and time-consuming claims against the military. This means there’ll be no more massive legal costs to defend British troops accused of war crimes, and no more payouts to victims. Below are just some of the cases that would be abandoned under May’s plans.

The Conservative government also happens to be under investigation at the moment by the European Court of Human Rights, for the practice of bulk surveillance. But that’s perhaps not as important for the Prime Minister as getting away with potential war crimes.

The key question to ask is: If Britain has nothing to hide, why have millions of pounds been forked out to victims in recent years?

According to The Daily Mail (which is at the forefront of calls to exclude British troops from the human rights laws), 120 members of the Royal Military Police, the National Crime Agency, and the Greater Manchester Police are investigating alleged abuses by 150 British troops against 600 victims in Afghanistan. These investigations come under the auspices of Operation Northmoor, its HQ based at RAF St. Mawgan (Cornwall), which cost £7.5m.

But The Mail neglected to add that, in one of its Sunday editions, it had reported claims of abuse carried out by British soldiers in a secret network of prisons in an Iraqi desert. 64 Iraqi prisoners, picked up by the Australian SAS on 12 April 2003, were taken away on RAF helicopters to a ‘black site’ at an oil pipeline pumping station, known as H1. This was run by British Forces and the CIA. One of the 64, Tariq Sabri, was allegedly killed by suffocation by a member of the RAF regiment aboard one of the Chinook helicopters. According to a leaked RAF report (now removed), two unconscious men – one of them being Sabri – were loaded into a Humvee truck, one on top of the other. By the time it reached the camp, Sabri was dead.

A further 1,200 cases of alleged abuse by British troops are to be ditched after the government criticised the allegations made by 5,000 victims, represented by law firms Public Interest Lawyers and Leigh Day. That still leaves 250 claims to be investigated by the Iraq Historic Abuse Team (IHTA). Like Operation Northmoor, IHTA is another ‘inside’ job: its 145 personnel include police, civil servants and Royal Navy officers. The investigations have cost £30m.

Here is the list of 1,374 cases investigated by the IHTA and here is the latest update.

Some of the cases investigated by the ten-year-long Al-Sweady Inquiry into human rights abuses against Iraqi nationals by British troops in the aftermath of a 2004 firefight – notably those associated with the Shaibah Logistics Base – are being examined by the International Criminal Court as part of a wider investigation into more than 1,200 cases. These include 259 civilian deaths and “at least 47 Iraqi personnel who reportedly died in UK custody”. 14 claims were made against a team of military and MI5 interrogators.

A preliminary investigation by the ICC was compiled in 2014 (the relevant sections are on pages 11 – 13, sub-sections 42 – 57), based on several hundred allegations.

Many of the claims concerned allegations by victims after they were sent to the Joint Forward Intelligence Team (JFIT) based at Shaibah Logistics Base. JFIT interrogators allegedly included military, MI5 and civilian staff.

Nicholas Mercer, formerly a lieutenant colonel, has listed examples of the allegations of torture, saying:

The Ministry of Defence has already paid out £20m in compensation to victims of abuse in Iraq. This is for a total of 326 cases, which by anyone’s reckoning is a lot of money and a shocking amount of abuse. Anyone who has been involved in litigation with the MoD knows that it will pay up only if a case is overwhelming or the ministry wants to cover something up.

Some of the detainees were moved to the UK-US Joint Operations Centre, for further treatment in the blue, red, black and soft rooms, as well as a shipping container lined with padding. According to an investigation by Human Rights Watch, detainees were subject to “beatings, exposure to extreme cold, threats of death, humiliation and various forms of psychological abuse or torture”.

The US despatched Stuart Herrington, a retired military intelligence colonel, to investigate Nama. In December 2013, he reported:

Detainees captured by TF 121 have shown injuries that caused examining medical personnel to note that ‘detainee shows signs of having been beaten’. It seems clear that TF 121 needs to be reined in with respect to its treatment of detainees.

The British contingent of TF 121 was Task Force Black, comprising SAS and SBS (Special Boat Service) troops. Other military personnel at Nama included crews of 7 Squadron and 47 Squadron of the RAF and 657 Squadron of the Army Air Corps. In the summer of 2014, Camp Nama was moved to Balad, where detainees were allegedly kept in dog kennels.

Considering all of these cases, it is little wonder that Theresa May is determined to stop such allegations from being investigated in the future.

– Donate and read up on the latest developments on the campaign to support Chelsea Manning.