Robbie Powell: how the Crown Prosecution Service has tragically failed a 10-year-old boy [PART ONE] - The Canary 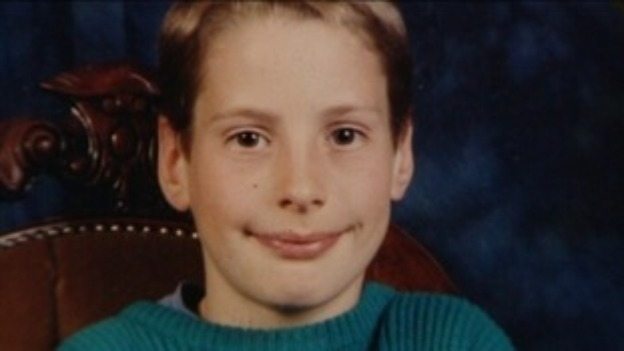 The tragic death of 10-year-old Robbie Powell more than 26 years ago is a story without an ending. Allegations of gross negligence manslaughter, forgery and perverting the course of justice and conspiracy hang over numerous medical professionals. Robbie died from what should have been a treatable illness that only needed a daily intake of tablets. But what history shows is that not only did doctors fail him, but the Crown Prosecution Service (CPS) repeatedly did as well – and is still doing so right up until this day.

You can read Part Two of this article here.

William Powell has secured another consideration of the charges by the CPS into events leading up to, and following, his son Robbie’s death on 17 April 1990. Robbie was suffering from Addison’s disease, a serious but treatable condition. But numerous chances to diagnose and then save his life were missed. After two weeks of illness, he died in Morriston Hospital, Swansea, just hours after his parent were refused an ambulance to take him there. Addison’s disease didn’t kill him; the severe dehydration that it causes resulted in a massive drop in Robbie’s blood pressure, causing two heart attacks. The second one was fatal. Robbie’s condition was so severe, and he became so weak in the days leading up to his death, he was unable to stand unaided. Mr Powell had to carry Robbie in and out of a consultation, two days before he died.

As The Canary previously documented, when Robbie was admitted to hospital on 5 December 1989, he was suspected of having Addison’s disease, and the test to confirm this was ordered but not carried out. His parents weren’t told this, but Ystradgynlais Health Centre, a practice of seven GPs where Robbie was a patient, was. It was instructed to refer Robbie back to hospital immediately if the child became unwell again. When Robbie fell ill again, he was repeatedly seen by various GPs, right up until his death. Altogether, his GPs had seven opportunities – and the hospital two – to save Robbie’s life, and all of them were missed.

An independent criminal investigation between 2000 and 2002, found that four of the doctors were grossly negligent, two of them and a secretary had committed forgery of medical records, and the same three had attempted to pervert the course of justice. Furthermore, between 1994 and 2000, Dyfed Powys police were found “institutionally incompetent” over their handling of Robbie’s death. However, later investigations led to the CPS prosecutors and police officers involved being absolved of all responsibility. So far, no one has been prosecuted over Robbie’s death.

And at the heart of this story are multiple, repeated failings by the CPS itself.

The CPS became involved with Robbie’s case in 1994. After the allegations of forgery and perverting the course of justice were made, Dyfed Powys police gave the CPS the case file for consideration. Two years into the investigation, and on the advice of the CPS, Dyfed Powys police appointed a medical expert to examine the actions of Dr Forbes, who treated Robbie at Morriston hospital. Forbes was found grossly negligent, the criteria needed for a manslaughter prosecution. The CPS and the Director of Public Prosecutions (DPP), however, said the charge didn’t stand up regarding causation, due to the various GP’s subsequent interventions. But on this basis, the CPS apparently failed to instruct Dyfed Powys police to get a medical expert to look at the GP’s conduct. This was the first of countless failings, and Mr Powell is at a loss to understand why the CPS would appoint someone to look for gross negligence, if they already knew the criteria for causation wasn’t there.

In late 1995, and early 1996, Mr Powell’s solicitor wrote to the police and CPS on two occasions, saying that the police investigation was seriously flawed. But a CPS prosecutor said that “no stone had been left unturned” by Dyfed Powys police, and the warnings were ignored. On 13 May 1996 the police informed all the GPs involved, in writing, that they would never be prosecuted. This was described by the First Minister of Wales in 2012 as a “letter of immunity”. In 2013, in parliament, Mr Powell’s former MP, Jonathan Evans, described the letter as “extraordinary”, as there is no legal basis for GPs to be given this gift, and nor do the police have the gift to give.

Evans and Mr Powell had a meeting with the CPS in November 1996. Although it was essential that Dyfed Powys police were present and this was formally requested by Mr Powell two weeks’ prior, the CPS didn’t ask the police to be there until the day before the meeting. So, the police didn’t attend.

Mr Powell called this meeting a “farce”. The CPS blamed the police for numerous failings, and vice versa. At that meeting, the CPS were handed three dossiers of additional evidence by Mr Powell; one copy for them, one for the DPP and one for the police. The CPS informed him that the DPP had been forwarded their copy. But years later, Mr Powell found out this was untrue, and the DPP had never received it; nor had the CPS made an attempt to return the copy to him as unsent.

As The Canary previously documented, an independent investigation into Robbie’s case was carried out by West Midlands police between 2000-2002. Led by Detective Chief Inspector (DCI) Bob Poole, it was named “Operation Radiance” and found countless failings by the police and the CPS. It also recommended 35 suggested charges; this brings into question the previous findings of Dyfed Powys police and CPS, that there was no case to answer.

In March 2002, Operation Radiance was sent to CPS York specialist prosecutors for investigation. They sent the files to a terminally ill QC who, according to DCI Poole, had no interest whatsoever in prosecuting any of the doctors. After Mr Powell raised concerns about the suitability of the QC, the CPS then appointed another one, Michael Harrison. In March 2003, Harrison agreed that there was sufficient evidence to charge two GPs and their secretary with forgery and perverting the course of justice. But, in a shocking turn of events, he advised that they should not be charged for the following reasons:

The passage of time argument was perhaps the most erroneous one. As Evans said in parliament, in 2013:

I cannot imagine for one moment that an argument of that sort would cut much ice in the considerations that parliament has given to the issues surrounding the deaths at Hillsborough in 1989, more than a year before the death of Robert Powell. Accordingly, the passage of time in itself surely should never be relied upon by the prosecuting authorities as a reason why no prosecution should be taken forward, and I can imagine the outcry if such a claim were to be made in the Hillsborough case.

Former DPP, Keir Starmer, has also stated regarding the Hillsborough inquests that prosecutions can take place, regardless of the passage of time, because the evidence of criminality had been suppressed. Furthermore, the current DPP, Alison Saunders, has stated regarding the Child Sexual Abuse inquiry:

We will consider cases in the same way be they 30 days or 30 years old. I am determined that victims of these crimes get their day in court, where appropriate.

Harrison claimed there was no evidence to prosecute any of the GPs for gross negligence manslaughter, even though there was medical opinion that four of the GPs were grossly negligent. DCI Poole was so concerned by the decision, he submitted a 22-page document setting out why Dr Flower, the last GP to see Robbie alive, should and could be charged with manslaughter. But Harrison and the CPS ignored it as they did the evidence of conspiracy to pervert justice, with regard to all five GPs.

A meeting was held on the 2 April 2003 between Mr Powell, his wife, his solicitor and Harrison and the two CPS York prosecutors involved in the case; the purpose being to lay out why the GPs could not be prosecuted. Harrison claimed Dr Flower could not be prosecuted for manslaughter because they could not prove that Robbie would have survived if admitted to hospital on her first visit at 3.30pm on 17 April 1990. This was contrary to the opinion of a medical expert who cited that Robbie could be saved up to at least 5pm. It was also contrary to DCI Poole’s opinion in his 22-page rebuttal of Harrison’s decision not to prosecute Flower.

When asked why Dr Keith Hughes, who examined Robbie the day before his death, could not be prosecuted, the CPS claimed Hughes could argue that Robbie would have lived had he visited the day of his death and admitted him immediately to hospital. During the meeting, there was no mention that all four GPs had been deemed grossly negligent by a medical expert.

So it would seem that the CPS gave completely contradictory reasons as to why no charges of manslaughter could be brought. On the one hand, they say Robbie couldn’t have been saved on the day of his death, and on the other, they say he could have been. In both instances, however, their reasoning resulted in no prosecutions being brought. The CPS also accepted that had the GPs committed the crimes of forgery and perverting justice last year they would have been charged.

The early stages of the CPS involvement into the death of Robbie were marred by seeming inadequacies, possible incompetence and numerous failings. However, as part two of this investigation will show, the conduct of the authority charged with oversight into this young boy’s death became even more questionable. And, as Mr Powell put it, appeared to turn into a complete “whitewash”.

The Canary will continue working with the Powell family on the investigation into Robbie’s tragic death. You can read the first article here, and part two of this article here.