These heroic workers are doing something amazing for food banks - Canary 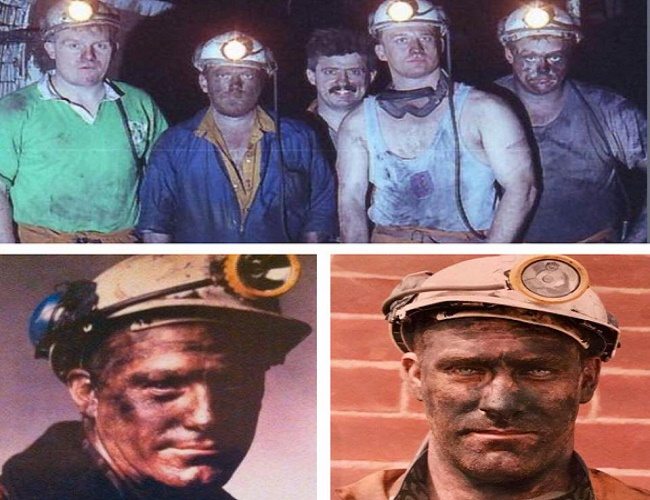 A group of heroic workers is trying to raise money this Christmas for the UK’s countless food banks. The UK Miners Pension Scheme Association (UMPSA), made up of former miners, will be releasing a charity Christmas single. But there’s a catch – they need the public’s help to do it. And you’ll need to warm up your own vocal chords, as they want you to sing in the backing choir for the track.

In the UK, over 1.1 million three-day food supplies are given out by food banks every year. This figure is not the number of people using them; that figure is far higher. The Trussell Trust estimates that, in 2015, over 400,000 children alone used food bank supplies. Also, most people have at least two food bank referrals in a year – and this is just Trussell Trust users. With 20% of parents skipping a meal to make sure their children are fed, the situation in the UK is becoming dire.

As Chief Executive of The Trussell Trust David McAuley says:

The numbers of people hitting a crisis where they cannot afford to buy food are still far too high. One million three-day food supplies given out by our food banks every year is one million too many. This must not become the new normal. Reducing UK hunger will require a collective effort from the voluntary sector, Government, Department of Work and Pensions [DWP], businesses and the public.

But any action from the government will not be quick to materialise. As The Canary previously reported, child poverty in England has now spiralled out of control. With 250,000 more children plunged into low-income families in just a year, and forecasts from the Institute for Fiscal Studies (IFS) saying the situation is only likely to get worse, action is needed now.

This is why the miners have decided to step in. Peter Stefanovic, a lawyer and high-profile campaigner, is working with the UMPSA on the charity record. He told The Canary:

I’m joining forces with our heroic former Miners at UMPSA and the sensational singer-songwriter Joe Solo to make a Christmas record; the proceeds from which will go to support local food banks. It’s a terrific thing to do, especially at this time of year, and Joe has already penned a fantastically powerful Christmas song titled “Merry Christmas from Hatfield (Main)”.

The theme of the song is Christmas in Hatfield’s main colliery at the time of the 1984 miners’ strike. It recounts how people came together to give the miners, by that time destitute and without food, a Christmas to remember. Stefanovic says:

It’s a very emotional Christmas song so expect some tears, especially when the video is released… Most of the steering committee at the association, which is led by former miner Leslie Moore, are actually from Hatfield, so making the single will be a very emotional experience for them. It will resonate even more, since they have lost so many of their comrades to chronic illness associated with the harsh and dangerous conditions in which they worked.

But the miners are currently engaged in a fight of their own, and the charity single will also be raising awareness of that.

No rest, even in retirement

As The Canary previously reported, the miners’ strike of 1984/5 is a well-documented event; one of the most recognisable of the Thatcher era. But what is less talked about is the miners’ pension scheme. Or most notably, the fact that successive governments have funnelled money, to the tune of £8bn, out of the scheme while leaving many miners destitute.

After the privatisation of British Coal in 1994, the then Conservative government agreed to underwrite the miners’ pensions scheme in order to protect it. The deal was that the scheme would track the rate of inflation, and rise accordingly. But in return, the government would take half of any extra cash that was generated (surplus). At the time, with the industry on the brink of collapse, the miners were faced with a stark choice. They chose, naturally, to protect their pensions.

But as Michael Newton from UMPSA said in 2015, the only people to benefit have been successive governments:

In real terms our pensions have been slashed in half by successive governments. We have been financially penalised all the way to the grave. In 1987 they took a ’pensions holiday’ and British Coal and the Government stopped paying some £870 million for three years. There were more pension holidays in 1991 and 1994. They creamed off a surplus of over £5 billion [during that time].

In 2003, a miner’s pension was worth around £41.50 a week, though some older men got as little as £10 a week. In contrast, the assets of the two funds at the time were around £20bn. When the pension fund performs well, so does the Treasury. But because of the way the money is arranged, the same can be said of it in bad times. Because the half that the Treasury takes is paid in instalments, it sits in the pension scheme’s bank, therefore accruing additional interest, so the Treasury makes even more. For the government, it’s a win-win situation.

By 2008, the government had made over £3.5bn out of the pensions scheme. But as The Telegraph reported, the money the government was taking did, in fact, not actually exist. They were making ‘guesstimates’ about how much extra money should be in the miners’ pension fund, and then pocketing it accordingly. And it pocketed well. As Energy Minister Andrea Leadsom told parliament this June:

The total gross payments to the Treasury would be £8bn. This would have been both gross of any payments from the Government and also in cash terms i.e. allowing for the returns achieved on the funds before payment.

Over the period 1997 to 2015 there have not been any payments from HM Government as a result of the guarantee of the benefits on the Mineworkers Pension Scheme. Therefore, during this period the guarantee has not directly ‘cost’ the government anything.

Previous attempts to get the scheme changed, with successive governments, have failed. But the UMPSA is not giving up. As Stefanovic told The Canary:

Putting this into context, over the same period the Government spent over £124bn bailing out greedy and incompetent bankers with loan and share purchases. We are talking about duping and robbing generations of working men. Even Dick Turpin had the decency to wear a mask.

Since the strike in 1984/5, miners have been treated appallingly by successive governments. The last deep coal pit, Kellingley Colliery, closed in December 2015. Miners have been demonised, vilified, seen their industry decimated and now, even in retirement, they cannot lead comfortable lives.

So the charity single will be raising money and awareness, for both food banks and the plight of the miners. And Stefanovic and the UMPSA need as many people to get involved as possible.

They’ll be recording the single on Sunday 30 October at the Central Club in Stainforth, Doncaster. People will need to learn the chorus before, with the words being distributed in plenty of time to learn. Men will wear donkey jackets with “NCB” or “BC” on the back and pit helmets or flat caps (or similar attire). Ladies, said Stefanovic, will be “blinged to the max”. As he told The Canary:

Expect an early Christmas party! Everyone is giving their time freely for the charity single, which is for a terrific cause. The Miners are BACK to take the Christmas #1 for our food banks, so come and support them, be a part of it and, most importantly, buy the single when it’s released!

It’s a damning indictment of 21st-century Britain that so many people still rely on food banks. But it’s also a heartwarming sign that groups like the UMPSA are willing to step up to the plate and give their time for free to help others. And the more people supporting them the better. You never know, if you go along to Doncaster on 30 October, you may see a Canary journalist or two, as well…

– Find out more about the UMPSA charity Christmas single, and register your interest.