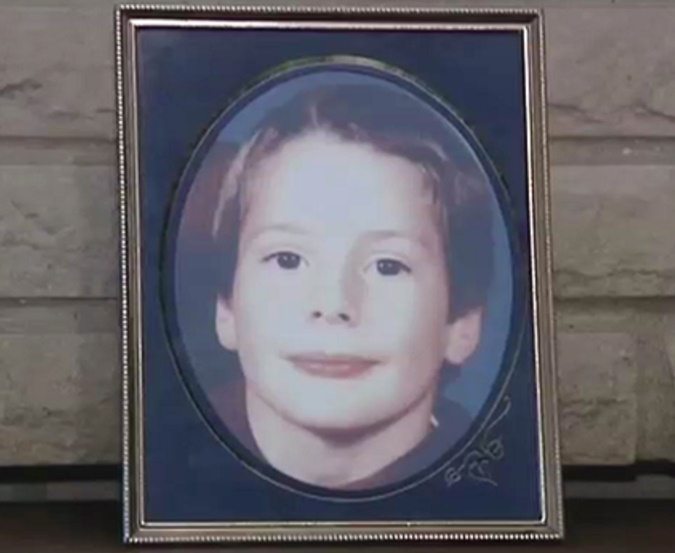 The death of a 10-year-old boy over 26 years ago is once again being investigated, amid claims of a cover-up by both the police and medical professionals. Robbie Powell from Ystradgynlais, Powys died a preventable death in 1990. Originally, an investigation by the Crown Prosecution Service (CPS) said that numerous individuals could be charged. But they never were. So now, his grieving father is once again fighting for justice. And he is having to fight the very organisation that should be on his side – the CPS.

You can read Part One of this article here.

As The Canary previously reported, Robbie was suffering from Addison’s disease, a serious but treatable condition. But numerous chances to diagnose and then save his life were missed. After two weeks of illness, he died in Morriston Hospital, Swansea, just hours after his parents were refused an ambulance to take him there. Addison’s disease didn’t kill him; the severe dehydration that it causes resulted in a massive drop in Robbie’s blood pressure, causing two heart attacks. Robbie died on the 17 April 1990.

An independent criminal investigation between 2000 and 2002, found that four of the doctors involved in Robbie’s care were grossly negligent, two of them and a secretary had committed forgery of medical records, and the same three had attempted to pervert the course of justice. Furthermore, between 1994 and 2000 Dyfed Powys police were found “institutionally incompetent” over their handling of Robbie’s death. But, later investigations led to the CPS prosecutors and police officers involved being absolved of all responsibility. So far, no one has been prosecuted over Robbie’s death.

Between 1994 and early 2003, the CPS conducted numerous investigations into the circumstances, and subsequent events surrounding Robbie’s death. And they made numerous failings:

The early stages of the CPS involvement into the death of Robbie were marred by apparent inadequacies, possible incompetence and failings. But, as time progressed, the conduct of the authority charged with oversight into this young boy’s death became even more questionable. Mr Powell says it appeared to turn into a complete “whitewash”.

Mr Powell made a formal complaint about CPS Wales’ conduct in 2000, which was put on hold, pending the outcome of Operation Radiance, the independent investigation into Robbie’s case carried out by West Midlands police between 2000 and 2002. But his complaint was dismissed after a catalogue of mistakes and, in Mr Powell’s opinion, wilful deceit. The complaint was investigated in 2003 by John Bell of CPS Essex, an independent barrister, and another member of the CPS. There appears to be a catalogue of errors with the investigation.

Crucially, there was one discrepancy that stood out from the rest. A progress meeting between Mr Powell, Bell and the CPS investigative team took place on 15 May 2003. There, Mr Powell identified numerous areas he was unhappy with. Two of these were the police failure to take sworn statements from witnesses, under Section 9 of the Criminal Justice Act, and the CPS for giving advice to the police, even in the absence of these statements. The CPS could never have legally brought a prosecution without these statements.

Mr Powell’s solicitor had raised concerns with the CPS about the inadequacy of the initial criminal investigation, in letters sent in November 1995 and in January 1996. These letters were included in Bell’s list of documents that were provided to Mr Powell. But Bell claimed that the CPS had no way of knowing that the police investigations were flawed; this is totally contrary to the evidence that Bell had.

As requested, Bell provided Mr Powell with a list of documents he used during his investigation. But, the CPS also provided Mr Powell with the same list of documents after the report was submitted. And there was a critical discrepancy. In the CPS list, Bell had put a crucial comment next to the solicitor’s letter of 1995. He said: “NB even this letter did not prompt CPS to secure Section 9 Statements”.

But his crucial statement was not in the copy of the list that Bell provided to Mr Powell, and nor was it in the final report. The conclusions Mr Powell draws are that Bell was aware of the CPS failings regarding the Section 9 statements, but omitted it from his final report knowing that if it had been included, Mr Powell’s complaint would have been upheld. Also, the very fact that Bell wrote this comment, shows that he must have read the solicitors letters regarding their concerns about the police investigations. This strongly suggests that the CPS knew the police investigations were inadequate.

Furthermore, in the report, Bell appears to attempt to discredit Mr Powell, stating:

This quest by Mr Powell to find someone to blame, was bordering on obsession.

Finally, two CPS York prosecutors gave evidence that contradicted that which they had given to Operation Radiance; Bell’s report, overall, was based on the knowledge that Dyfed Powys police had been found “institutionally incompetent”, yet he implies Mr Powell is being a ‘nuisance’ for wanting disclosure of the documents he relied upon during his investigation. And Bell’s report ignored the fact that the CPS in York had previously stated there was enough evidence for prosecutions over forgery and perverting the course of justice.

Mr Powell feels that Bell’s investigation was a “whitewash”. And, when he complained to the CPS about the investigation, he was told by the former DPP in 2003 that:

any further correspondence regarding [your] complaints about the CPS will be filed without response.

In August 2010, Mr Powell went to his former MP, Jonathan Evans, who is now the MP for Cardiff North. Due to Evans’ involvement in Robbie’s case in the mid-1990s, he agreed to table an adjournment debate in parliament about the case. That debate took place in March 2013. Following it, Evans wrote to the then-DPP, Keir Starmer asking for a legal review. Initially, Starmer appointed one of the same prosecutors from York CPS whose involvement had previously concerned Mr Powell.

Time passed, and there was limited progress. Alison Saunders took over as DPP in November 2013, and eventually in May 2014 Mr Powell had a meeting with the newly-appointed CPS prosecutor, Karen Harrold, who had not previously been involved in the case. The meeting, lasting seven hours and which was recorded at Mr Powell’s request, was at Evans’ office. Harrold said she would be compiling a report, regarding a legal review, for Saunders to consider. Both Mr Powell and Evans were told that they would receive the draft report for comment and that it would not be sent to Saunders until they were satisfied with the content.

But Harrold appeared not to advance the case for a further five months. Then suddenly, and without compiling the report, she met Saunders in October 2014. At the meeting, Saunders agreed to a legal review of Robbie’s case with the same information Mr Powell had communicated in May. A reviewing barrister, Mark Heywood QC, was later appointed. Mr Powell was told this in a letter dated 9 October 2014, in which it was also agreed he would provide a formal statement. He is still, to this day, waiting to give one.

Furthermore, the CPS appear to have made things needlessly complicated. Instead of immediately providing Heywood with the Operation Radiance files, as Poole had done with the CPS in York in 2002, Harrold gave him numerous other documents including the subsequent inquest transcripts. It took around 20 months for Heywood to receive the Operation Radiance files, and Mr Powell still does not know exactly what documents have been disclosed. Furthermore, Mr Powell has requested a meeting with Saunders, and also with Heywood, before the conclusion of his review. Those meetings have still not been agreed.

As of 6 October, according to emails seen by The Canary, Harrold and the CPS still have not progressed the case any further forward. It is now two years since Saunders agreed to a legal review.

As a letter from Mr Powell’s solicitor to the Detective Chief Inspector of Dyfed Powys police, copied to the CPS, sent in 1995, says:

This is an immensely complex and time-consuming case. The allegations made are certainly not without foundation. Mr Powell has endeavoured to assist you throughout. Despite this, the investigation appears to have been conducted with a less than forensic approach and with a degree of selectivity…

A further 21 years later, and it would seem little has changed. The CPS, over the course of more than two decades, has badly failed Mr Powell and his family in their search for the truth. And ultimately, it has failed a young boy whose memory deserves to know the answers to so many troubling questions.

The Canary will continue working with the Powell family on the investigation into Robbie’s tragic death. You can read the first article here.