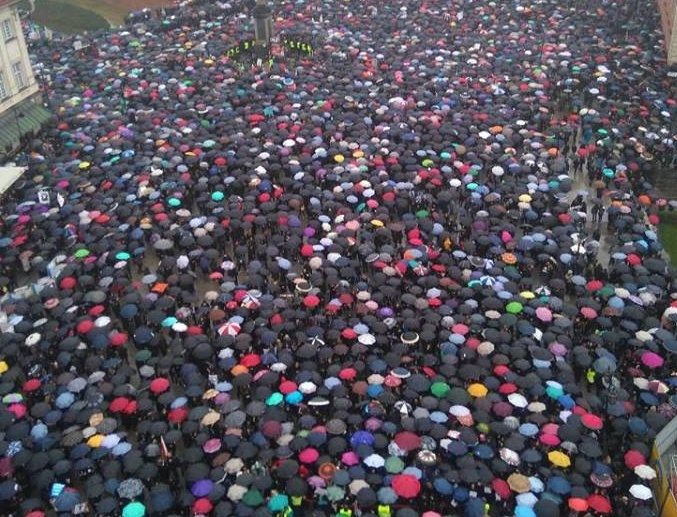 Women across Poland are celebrating after their public protests appear to have made a real difference.

On 3 October, thousands of people took part in protests as part of an all-out women’s strike against the government’s proposals to criminalise all abortion. As previously reported in The Canary, abortion is currently allowed in Poland when the life of the foetus is threatened, there is a grave threat to the mother, or the pregnancy was caused by rape or incest. The new proposals would have meant a maximum prison sentence of five years for any woman having an abortion.

But the Polish government voted against a full ban on abortion on 6 October. And people everywhere should take heart and encouragement from the fact that the strikes, protests, and international solidarity all had an impact.

In a spectacular U-turn, MPs rejected the bill by 352 votes to 58. Jarosław Gowin, the Minister of Science and Higher Education, said the protests had:

caused us to think and taught us humility.

Protests had been held across Poland, with solidarity actions taking place elsewhere in Europe:

This is a massive victory not only for women and their reproductive rights but also for showing the power of strikes, protests and solidarity.

People can and do make a difference. If we come together, we can change things. We don’t have to sit back and let things happen.

It’s very easy to despair when faced with attack after attack, and to feel that protests are ineffective. But this is a timely reminder that things don’t have to be this way and that, through harnessing our collective power, victories can be won.