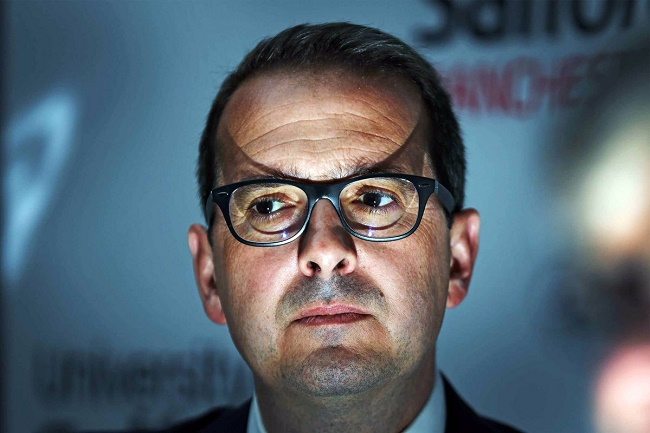 It has been revealed that a prominent member of Owen Smith’s failed Labour leadership campaign is a well-known election pollster. Ian Warren runs Election Data, a website which commissions companies like YouGov to conduct polling. But it turns out that, at a critical point in the leadership election, Warren released data that could have been very damaging to Jeremy Corbyn’s leadership. And it happened just two days before Smith announced he was standing.

Warren, a Labour Party member, was employed by Smith as his Director of Data. The Guardian describes him as:

a self-taught election forecaster, [who] spent the past 10 years working as a sole trader betting on election outcomes in the UK and the US.

Having previously worked for UKIP, he was then drafted in by former Labour leader Ed Miliband to work on his 2015 election campaign. He has written for the website Conservative Home, but more importantly is highly critical of Corbyn’s leadership, already hinting at another possible leadership election next year.

But it’s Warren’s work during the leadership campaigns which is highly questionable. In the run-up to Labour’s crucial National Executive Committee (NEC) meeting on 12 June, to decide if Corbyn would automatically be on the ballot, Warren commissioned polling which was very hostile to the Labour leader. And it was released the day before the NEC met.

The survey, conducted for Warren by YouGov, was of members of Labour-affiliated trade unions. While the questions were fairly balanced, the survey sample was not. Warren stated that:

YouGov surveyed 1,221 members of trade unions affiliated with the Labour Party. YouGov’s panel of 800,000 UK adults are profiled on thousands of demographic and attitudinal variables each year… No detailed demographic details of union members currently exists in the public domain. YouGov used data from the trade union returns registered at gov.uk and the TUC Directory (here) to ensure the makeup of the sample was representative of gender within each union as well as representative of the relative sizes of each union.

But the devil was in the detail. The balance of union members was as follows:

The weighting of the sample size of each union appears correct, based on membership numbers. But crucially, less than half of the 1,221 people polled were Labour voters. Also, the demographic breakdown was flawed, as many of the “other” unions have no male/female split available. Weighting is crucial in small surveys in order to ensure accuracy of representation. And without proof of membership, many of the YouGov ‘community’ may not belong to a union at all.

Unite General Secretary Len McCluskey said “there is no way the poll could be properly weighted”, and the CWU’s Dave Ward called the poll a “propaganda tool”.

But this didn’t stop the press and prominent social media commentators promoting the survey. The Daily Mirror commented that the “majority of union members have lost faith in Jeremy Corbyn – despite support from leaders”. The blog Left Foot Forward said “Jeremy Corbyn lacks support from union members”, noting that the “majority think Labour leader is doing a bad job and should resign”. The BBC also reported on the poll. Prominent polling guru Mike Smithson also shared the research:

. @YouGov chart of its Corby polling amongst union members. pic.twitter.com/DHCfxWvxyd

But as The Morning Star commented about Warren’s polling:

The timing was especially suspicious, with the poll all over Tuesday’s papers. Just in time for the crunch meeting of… the NEC, where union delegates hold the balance of power between Corbynistas and coup-plotters. Deputy Leader Tom Watson, a fixer with excellent labour movement connections, was hoping some union delegates would break their mandate and vote against letting Corbyn automatically onto the leadership ballot.

Rumours abound that he thought he’d turned enough of them to win the crucial vote, especially when the meeting decided early on to hold a secret ballot, but was “double-crossed” after every union delegate held the line.

.@LifeCatharsis Opinion polls are a device for influencing public opinion, not a device for measuring it.Crack that,and it all makes sense.

Whether the findings of the poll are accurate is debatable; four of the five largest unions ended up backing Corbyn, anyway. What is worrying is that a prominent election guru conducted polling which was seemingly designed to inflict damage on Corbyn’s leadership campaign. And then, just days later, he ended up working on Smith’s leadership bid.

– Read The Canary’s other articles on the Labour leadership election.