Conservative policy has wrecked our schools, and now it's getting worse - Canary 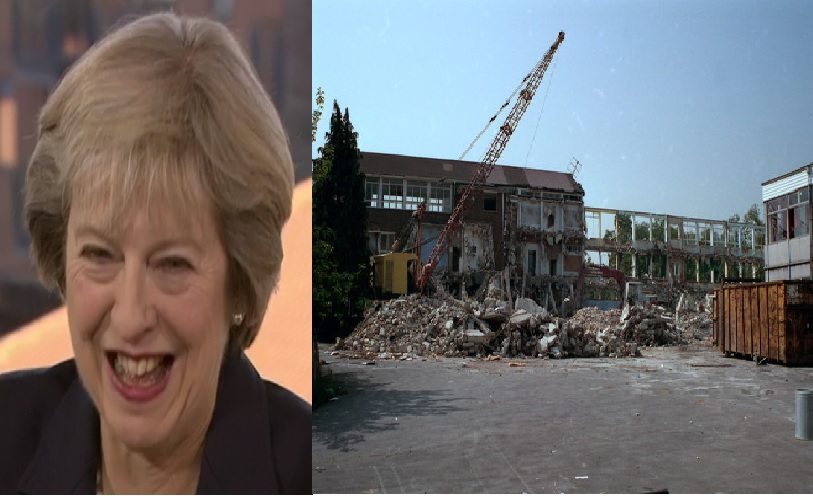 The British education system is currently in a state of crisis for both students and teachers. Radical reform is needed, but that will not happen as long as we retain a Conservative government. And that is worth highlighting in particular on October 5, which is marked as ‘World Teachers’ Day’ by the United Nations Education, Scientific and Cultural Organisation (UNESCO).

a significant token of the awareness, understanding and appreciation displayed for the vital contribution that teachers make to education and development.

Yet for many working in the UK system, these words will not ring true.

A study conducted in 2014 by the Organisation for Economic Co-operation and Development (OECD) found that two thirds of teachers in “developed countries” felt undervalued. In the UK, the past two decades have seen workloads for teachers steadily increase, with a huge emphasis placed on administrative work outside of the classroom. Central to this has been the drive to process tracking data on their pupils. Combined with government limits to teachers’ pay and real-terms cuts to school budgets, the UK now faces a recruitment crisis.

Measured nationally in January 2016, most secondary school subjects faced serious shortfalls in teacher recruitment. Quotas were only filled in English, History and PE. At the other end of the career path, experienced teachers are quitting in record numbers. The most commonly cited reason for this is ‘stress’.

Staff are not the only ones struggling in the present environment. Recent years have also proved difficult for students. Permanent exclusion rates for poor behaviour have risen, with some parts of the country reporting a 300% increase in 2016. ‘Persistent disruptive behaviour’ was the most frequent cause, although numbers for verbal abuse, assaults and drugs or alcohol had climbed too.

This has serious implications. It is known that permanent exclusion from secondary school correlates with a likelihood of criminal offending as an adult. So repercussions could be felt in years to come.

Despite all of the above, ministers have refused to accept that the system is in crisis.

Since the introduction of school league tables by John Major’s Conservative government in 1992, the education sector has undergone increased marketisation. With schools forced to compete for funding and pupil choice, emphasis has been placed on exam results, particularly the benchmark of ‘five GCSEs including Maths and English’. Tracking data is used to rank schools according to how much value they add to pupil attainment.

Faced with such narrow goalposts, schools have re-focused their resources. Reductions in break and lunch times have become common. Staff and pupil welfare are sacrificed on the altar of ‘school improvement’. Like an economy that can never stop growing to avoid recession, school leaders must demonstrate improvement year on year. If not, they are deemed ‘coasting’ and are faced with punitive measures.

A new way is needed

Each recent education minister has sought to make their name by introducing a flagship policy. In 2012, Michael Gove declared, with a particular lack of logic, that he wanted all UK schools to be “above average”. And in 2015, Nicky Morgan announced that every school in the country should become an academy. Now, Justine Greening is championing the return of grammar schools. But all three are splashing around in the wrong puddle.

For our school system to overcome the enormous challenges it faces, the neoliberal free-market obsession must be abandoned and we must look at working alternatives from elsewhere.

Schools need to allow space and time for relaxation, while the pressures of exam targets and data should be lifted from staff. Investment in drama, music and arts programmes are badly needed. The present model may have just seen more students accepted into universities and colleges than ever before, but this comes alongside high levels of dysfunction and unhappiness. Graduates end up working in supermarkets, while their former classmates go to jail. This is not how education is meant to work.

Children are people, after all, not commodities.

– Support The Canary, so we can continue to bring the news that matters.