Trump's sorry for his sexism, but shocking sexual assault claims refuse to go away - The Canary 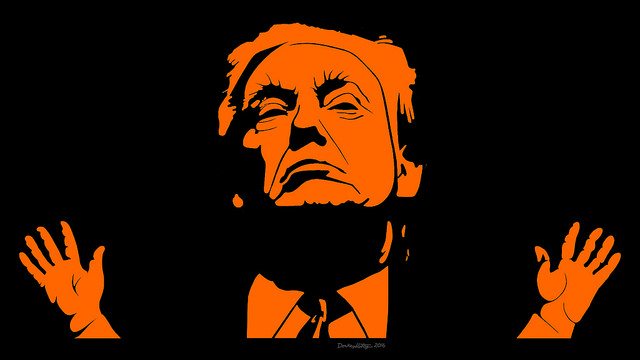 Republican nominee for US president Donald Trump has apologised for the lewd and disparaging remarks against women that have recently hit the headlines. And this apology may well help him to survive the backlash. But there are even more sensational claims that have been made against him that are yet to be fully examined in the courts. One is of sexual assault. And the other is the alleged rape of a teenage girl, who Trump allegedly threatened with death in order to prevent legal action.

In 1997, Jill Harth filed a lawsuit against Donald Trump, alleging that he’d sexually assaulted her on several occasions in 1993. This included claims that he’d been “groping” her under her dress, “forcibly” moving her to his daughter’s bedroom at Mar-a-Lago in an “attempted rape”, and repeatedly and aggressively propositioning her.

Regarding one of ‘encounters’, Harth claimed:

It was in one of the children’s room of Mar-a-Lago. He is showing this mural and the next thing I know he was pushing me up against the wall, and was making a move on me, and was all over me and again I was taken aback. I was shocked he was doing this and there were people around. It was unsettling, I was nervous, and I couldn’t understand why he was doing with me. I had to push him off of me.

Harth apparently withdrew the case voluntarily when a parallel suit against Trump brought by her husband was settled. Here is a video interview with Harth in which she talks further about the allegations.

After Trump called her integrity into question earlier in 2016, Harth said:

Nobody was defending me, that’s why I’m talking… I’m horrified that I have to think about this again.

Michael Cohen, who is a special counsel to Trump, told The Guardian that the Republican presidential candidate “denies each and every statement made by Ms Harth”.

This lawsuit alleges that sexual assaults took place at parties hosted by billionaire Jeffrey Epstein, who was convicted and imprisoned for paedophilia. The woman, who doesn’t want to be named, claims that Trump initiated sexual contact with her in 1994 on four occasions, and that he raped her.

The plaintiff, known only as ‘Jane Doe’, claims that ‘mental duress’ over the years had prevented her from coming forward with the allegations sooner.

In April 2016, she filed a lawsuit in a federal court which was dismissed due to technical errors. Trump’s lawyers argued that her case was invalid because of the Statute of Limitations (a specific period in which claims should be made). But her own lawyer argued that the Statute of Limitations should not be applied because she claims Trump had threatened her so she wouldn’t proceed.

On 30 September 2016, she submitted an amended lawsuit against both Trump and Epstein. She also had a supporting witness – ‘Tiffany Doe’, who was Trump’s “party planner” from 1991 to 2000. This witness claims that Epstein had her find teenage girls for his parties. One of these girls was Jane Doe. Tiffany also says she witnessed Trump and Epstein rape the plaintiff several times:

Jane Doe adds the following statement, also endorsed by Tiffany in her affadavit (see below):

Defendant Trump stated that I shouldn’t ever say anything if I didn’t want to disappear like Maria, a 12-year-old female that was forced to be involved in the third incident with Defendant Trump and that I had not seen since that third incident, and that he was capable of having my whole family killed.

How much more can Trump supporters ignore?

The world already has strong reason to believe that Trump is a misogynist. He has referred to women on numerous occasions as slobs, dogs and pigs. He has also shown – through his words, actions, and policies – that he’s a man with racist and authoritarian tendencies. And his pathological lying has seen him underplay his record of declaring bankruptcy six times and not paying his taxes while portraying himself as an ‘excellent’ businessman.

The big problem is that Trump’s main opponent, Hillary Clinton, is not a popular figure. And while 58% of Americans want an end to the two-horse race which currently characterises US politics, it doesn’t seem like they’re going to get it any time soon. So for some, Trump is actually the lesser of two evils.

But can he really survive allegations of rape, sexual assault, and death threats?

– See the full transcript of Trump’s controversial video from 2005, in which he bragged about trying to have sex with a married woman.