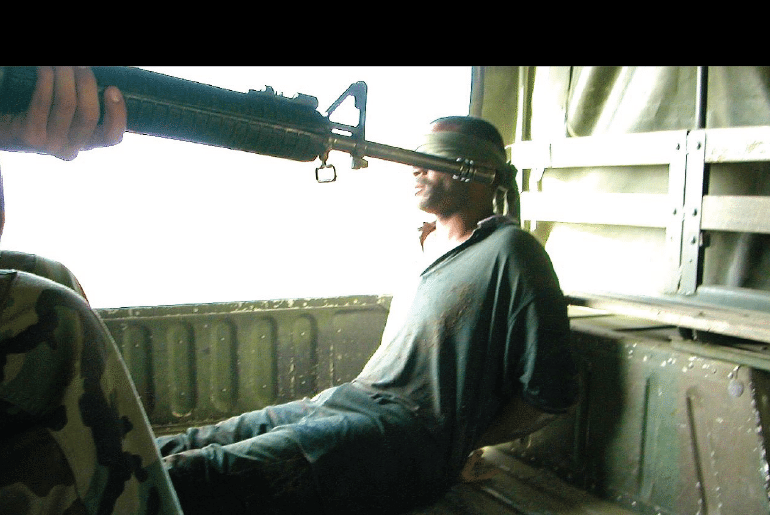 During his presidency, Barack Obama continued and expanded upon several controversial programmes. These included the continuation of Guantanamo Bay, and the expansion of both drone warfare and domestic surveillance. These extraordinary powers are now in the hands of Donald Trump.

Obama came into the White House in 2008 promising to close the Guantanamo Bay detention camp. He said the US had “compromised our most precious values” by keeping it open.

We can attribute his failure to close it to a number of factors. These include what would happen to the current detainees, being outmanoeuvred by the Pentagon, and being opposed by the Republican-controlled Congress.

Others have criticised Obama himself for the failure. For a start, it became clear that the President’s plan wasn’t to necessarily to end what was happening at Guantanamo. Relocation would be a better way of describing it. This meant that he lost support from human rights groups. He also managed to lose Republican backing, despite there being bi-partisan support for closing Guantanamo when he took office. In fact, Obama himself blamed this failure on taking bi-partisan support for granted:

I wanted to make sure that we did it right. I indicated that we would need to take our time to do it in a systematic way, and that we had examined all the options. Then unfortunately, during that period when we were putting the pieces in place to close it, what had previously been bi-partisan support suddenly became a partisan issue.

President-elect Trump, meanwhile, has promised to keep Guantanamo Bay open and “load it up with some bad dudes”. He has also said:

This stance contradicts that of numerous experts, who have explained how torture is usually both counterproductive and ineffective.

Trump, however, appears to have ignored these experts, surrounding himself instead with people who approve of torture.

Obama inherited the drone-strike programme from George W Bush. He also greatly expanded on it, and normalised it by discussing what had previously been covert. As The New York Times noted:

Obama has recently expressed concern that the drone programme could be abused. He’s also claimed that he’s attempted to create measures which would prevent such abuse in the future. He said in an interview with New York Magazine:

it troubled me, because I think you could see, over the horizon, a situation in which, without Congress showing much interest in restraining actions with authorizations that were written really broadly, you end up with a president who can carry on perpetual wars all over the world, and a lot of them covert, without any accountability or democratic debate.

The measure of check that Obama talked about was to release the death tolls from drone-strikes. But the released information was far below what the Bureau of Investigative Journalism had predicted. This led many to suggest that the figures had been purposefully underestimated. Trump could also revoke the order to publish drone data quite easily if he so chooses. And he may well choose to do so, as he has previously suggested that he’d be perfectly happy to target non-combatants:

Thanks to the work of Edward Snowden and others, we know that the American National Security Agency (NSA) was spying on US citizens on an unprecedented scale. Despite later coming out against this level of surveillance, it was President Obama who made much of it possible in the first place. As Time noted:

During the Obama administration, warrantless spying programs have vastly expanded, giving the government more power than ever before to constantly monitor all of us by collecting our emails, texts, phone records, chats, real-time locations, purchases, and other private information en masse. This indiscriminate spying isn’t just happening in some National Security Agency bunker. It has reportedly spread throughout dozens of agencies, from local police departments to the Drug Enforcement Administration, Internal Revenue Service, and more.

The same article summed up why these powers are all the more worrying when handed to Trump:

Trump has repeatedly called for more government surveillance. And he has made it very clear exactly how he would use such powers: to target Muslims, immigrant families, marginalized communities, political dissidents, and journalists.

In short, it’s likely that Trump’s administration will take advantage of the negative aspects of Obama’s time in power, while undoing much of the positive work. And if that’s the case, Obama’s lasting legacy could well be the things he should have put a stop to, but didn’t.

Beyond that, he will serve as a reminder of why leaders should not have such extraordinary powers – even if they don’t abuse them. Because you never know what the next person in charge will do.