Media outlets are blaming ‘fake news’ for Trump's victory, but they’re not always clear what that is - The Canary 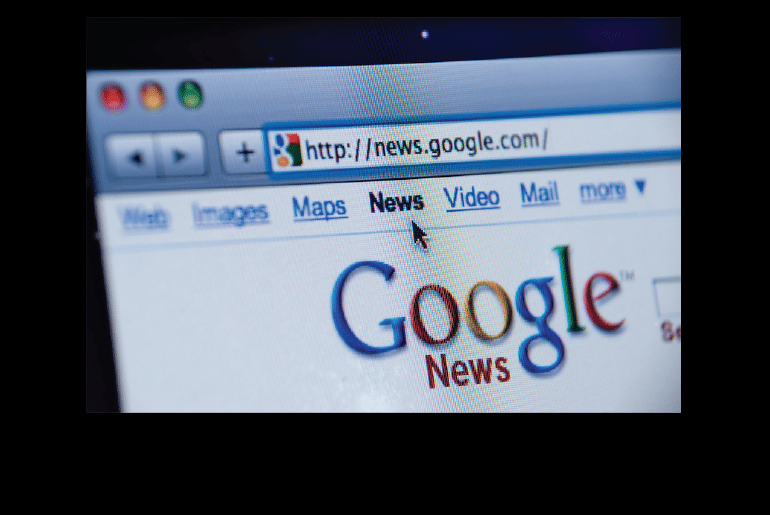 Several media outlets are blaming ‘fake news’ for the election of Donald Trump. Despite the idea generating such a buzz, there doesn’t seem to be a hard and fast definition of what ‘fake news’ actually is.

The answer to this may seem obvious. But the banner could potentially cover a whole range of different types of website, which could be mistaken for actual news – and the intent of each varies.

The New York Times published an article highlighting the fake news which came out on the election day alone. These included plausible looking pop-up sites that appear to have been created for the purpose of just one fake article, as well as long-term fake partisan sites. According to Buzzfeed, more than 100 of these originate from a single small town in Macedonia. Buzzfeed reports:

Partisan fake news sites may be attempting to exert political influence. They may be preying on people’s gullibility for profit. And they may share stories in common with conspiracy theory sites.

Articles containing assertions like gravity is a hoax or mushrooms came from outer space may come across as ridiculous or unworthy of concern. People have criticised pseudoscience websites for propagating them, primarily for drawing readers away from genuine medical solutions in favour of unregulated quackery. Many such sites may also originate in Veles, the small town in Macedonia that was mentioned earlier. Buzzfeed again:

The university student launched his site in August and stopped updating it in order to focus on another, more successful site he has that’s focused on health and well-being. He estimated there are ‘thousands’ of health-related sites being run out of Veles.

These sites seem to uniformly be an attempt to capitalise on people’s gullibility. Pseudoscience pages may also share stories with conspiracy theory websites.

We may never know what motivated people to invent conspiracy theories in the past. But we do know they can invent them today to earn money through advertising links.

Consider the story ‘Putin bans the Rothschild family from Russia’. If you type ‘Putin bans Rothschilds’ into Google you’ll get 374,000 results. None of these appear to be from a mainstream news source. Not even from Russia Today (RT). You can take one of two things from this. Either all mainstream news sites are part of a conspiracy, or no one has reported it because it didn’t happen.

Interestingly, a lot of conspiracy theory sites seem to be broadly in favour of Trump. This could be because Trump’s perceived respect for Putin ties in with their ‘Putin vs. The New World Order’ narrative. It could also be because Trump has advocated (paywall) several popular conspiracy theories himself – from ‘vaccines cause autism’ and ‘Obama was born in Kenya’ to ‘global warming is a hoax’. This may mark the first time in conspiracy theory history that the theorists have supported the American President. It’s certainly the first time the President (or President-elect) has been one of them. It will be interesting to see how long that lasts in the face of Trump joining the political establishment.

This comes in two different varieties. The first is satirical commentary which attempts to comment on real life events. This is the variety of satire we produce for our satire page, Off The Perch. The second is fictionalised news stories. This sort of satire is apparent on sites like Southend News Network and TV shows like The Day Today. Sites may also commonly produce a variety of the two. Both can be hilarious.

The editor of The Southend News Network commented to the BBC:

It encourages the reader to really look at what they’re going through and think, ‘Is this real, is this not real?

If enough of an electorate are in a frame of mind where they will believe absolutely everything they read on the internet, to a certain extent they have to be prepared to deal with the consequences.

We’ve also encountered this phenomenon with Off The Perch. In our experience, stories tend to be mistaken for reality when one or more of two factors are met:

We refer to this phenomenon as ‘wish fulfilment’.

As The Canary also produces straight news, we label satire when we think it may be mistaken for actual events. Although even that hasn’t been fool-proof for stories like ‘The Sun accidentally leaks its future Corbyn smears’.

The reached audience can sub-divide fictionalised satirical news. A story from The Southend News Network like ‘Breaking: Southend loses world’s longest pier status after rule change’ may be mistaken for real news. If it is, people will either find out it’s fake or they won’t. If they don’t, it’s unlikely there will be any negative outcome as a result.

This is in comparison with stories that are likely to be shared by people who won’t fact-check, or people who may exert a political effect. Paul Horner, the head writer at satirical site The National Report, told The Washington Post:

I thought they’d fact-check it, and it’d make them look worse. I mean that’s how this always works: Someone posts something I write, then they find out it’s false, then they look like idiots. But Trump supporters – they just keep running with it! They never fact-check anything! Now he’s in the White House. Looking back, instead of hurting the campaign, I think I helped it. And that feels [bad].

What’s clear is that in certain circumstances, fictionalised satirical news can have exactly the same effect as partisan fake news. The UK equivalent is when people share satirical stories involving Muslims. Groups like Britain First may share these stories. And it’s easy to laugh at their mistake. But the story may never be revealed as a fabrication to the followers of Britain First.

Both Google and Facebook have announced plans to stop ‘fake news’ sites using their advertising tools. This is bad news for a small village in Macedonia, but less of a problem for anyone who simply wants to exert political influence. It also won’t stop sites from using other advertising tools.

Anything more than what Google and Facebook have suggested could lead to accusations of censorship. Mark Zuckerberg clarified this position himself:

This is an area where I believe we must proceed very carefully though. Identifying the ‘truth’ is complicated. While some hoaxes can be completely debunked, a greater amount of content, including from mainstream sources, often gets the basic idea right but some details wrong or omitted. An even greater volume of stories express an opinion that many will disagree with and flag as incorrect even when factual. I am confident we can find ways for our community to tell us what content is most meaningful, but I believe we must be extremely cautious about becoming arbiters of truth ourselves.

As Zuckerberg highlights, all news may have varying degrees of truth. As such, malicious and opportunistic fake news producers may be able to sidestep counter-measures by simply introducing a little honesty to their lies.

Reading analyses by websites like Buzzfeed and Snopes, it’s also clear that a lot of false rumours and hoaxes are originating on social media, in the form of tweets and memes. Several prominent examples originate directly from Donald Trump himself. As such, the idea that social media can clamp down on specific sites to stop the spread of ‘fake news’ is optimistic. Because they’d also have to clamp down on some of their own users. And it would be hard to defend doing that in the name of democracy. Especially when one of the most prominent perpetrators of falsehoods is the President-elect himself.