As far-right leaders exploit fear, it's innocent people being hit the hardest [TWEETS] 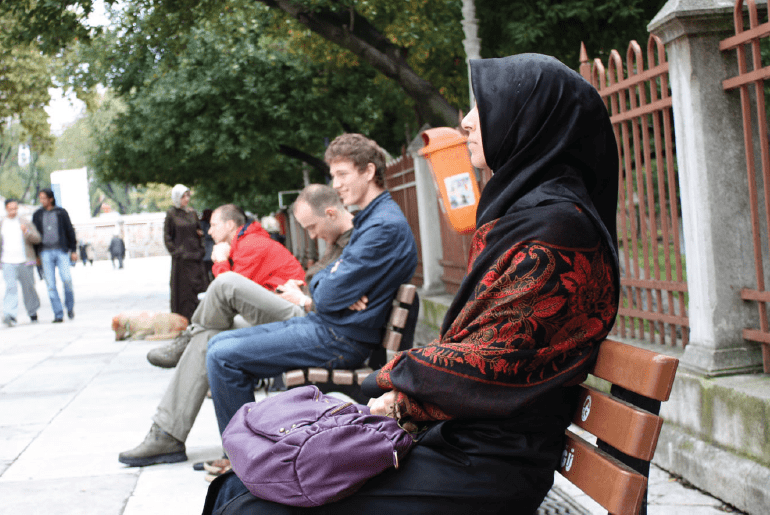 Since the election of Donald Trump as the next US president, there have been many reported incidents of anti-Muslim hate crime. And recently released FBI figures show that such assaults were already on the increase in 2015. This escalation saw the number of assaults practically double in twelve months. It also saw reported incidents reach a level not seen since the year of the 9/11 terrorist attack.

A worrying rise in hate crime

The Pew Research Center analysed hate crime statistics from the FBI. These statistics reported 257 total incidents of anti-Muslim hate crime in 2015. This was a 67% increase from 2014, and it included 301 individual crimes. Of these, 71% were crimes against people rather than property. This contrasts with hate crimes against other religious groups. For example, 64% of anti-Jewish and 51% of anti-Catholic offences in 2015 involved vandalism. This compares to just 23% of anti-Muslim offences, which suggests that perpetrators have been more comfortable directly attacking Muslims than other groups.

But this isn’t the whole picture. Studies have shown that most incidents of hate crime go unreported, and that reports have actually been decreasing. A 2013 report showed that only 46% of hate crimes were reported to the police in 2003-06. And this was just 35% in 2007-11. One explanation for this dip is a lack of faith in the police’s ability to solve these crimes. Another is that, with the increasingly violent nature of hate crimes, intimidation may also encourage victims to remain silent.

Some commentators have accused the anti-Muslim rhetoric in Donald Trump’s presidential campaign of fuelling an increase in hate crime. The Intercept, for example, reported that attacks and threats increased as the presidential season progressed.

Trump’s strongest statements against Muslims came at the end of 2015. In December, he called for a complete ban on Muslims entering the US following the San Bernardino shooting and the Paris attacks a month earlier. A large spike in hate crimes against Muslims also occurred in December. A spike which saw nearly one third of the yearly total occurring in a single month.

Several of the hate crimes were carried out by self-confessed Trump supporters. And Engy Adelbaker, a lawyer and author of a report [pdf] into Islamophobia surrounding the 2016 election, told Slate:

Whether Trump’s rhetoric is specifically causing a high number of the crimes, he is at the very least causing unease and fear in a large number of American citizens…

The President-elect made a number of controversial tweets about Muslims between November and December 2015.

I LIVE IN NEW JERSEY & @realDonaldTrump IS RIGHT: MUSLIMS DID CELEBRATE ON 9/11 HERE! WE SAW IT! https://t.co/1SksZU9qlj

Trump then turned his attention to smearing Muslims in the UK as a “problem”:

The United Kingdom is trying hard to disguise their massive Muslim problem. Everybody is wise to what is happening, very sad! Be honest.

Thank you to respected columnist Katie Hopkins of Daily https://t.co/LgtY0qdv9U for her powerful writing on the U.K.'s Muslim problems.

Political figures like Donald Trump and UKIP’s Nigel Farage have not appeared out of nowhere. In the US, Republicans have long used Islamophobia to win support. The same is true of the UK Conservatives. And to a lesser extent, even the UK Labour Party and the US Democrats have joined in. The invasions and interference in Muslim countries in the Middle East, meanwhile, have escalated tensions even further.

In October, a European Commission Against Racism and Intolerance (ECRI) report [pdf] said the rise in hate crimes after the Brexit vote was “no coincidence”.

The rise of both Trump and UKIP has emboldened fascists at home and abroad. And the increasing number of hate crimes is at least a partial consequence of this. In this environment, it’s more important than ever that we stand up to bigotry and show solidarity with the innocent victims of hate crime.

– Oppose racism on the streets.