Now May has revealed who’s guiding Brexit, O’Brien sums up our outrage with a single sentence [VIDEO] - Canary 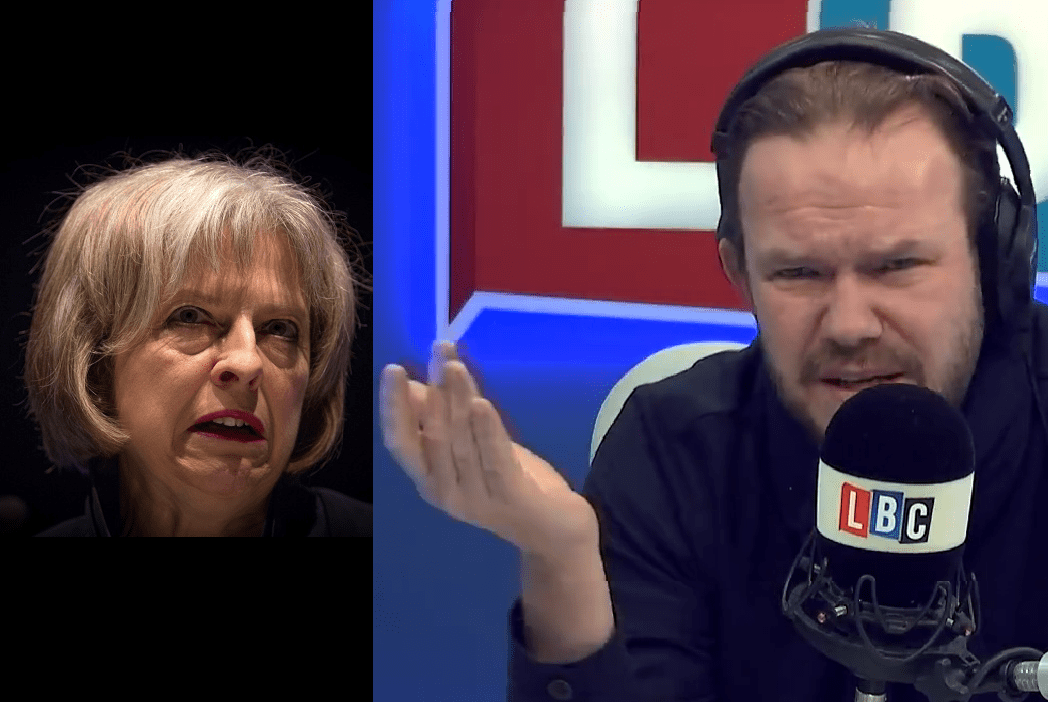 Theresa May has revealed who’s guiding her Brexit negotiations: God. But fortunately, LBC host James O’Brien had a truth bomb at the ready:

What if Sadiq Khan came out and said ‘I’ve decided to hire a night Tsar because Allah told me to’?

Bravo. The corporate tabloids and their readers would likely be in uproar over such a comment from the London Mayor. For O’Brien, this outrage should apply to Christianity having influence over politics as well as Islam. His point is that any religion should be kept well away from parliament:

That chills me to the core when politicians come out and cite some form of divine legitimacy for their political decisions.

Such claims of divine legitimacy appear to have been dangerous in the past. Tony Blair’s old long-term political agent said the former Prime Minister viewed Iraq as a “Christian battle”. O’Brien noted the similar claims of Blair’s American counterpart in his LBC commentary:

It’s like George W. Bush saying that God told him to invade Iraq.

The political commentator finished his two cents by elaborating on the double standard. And he was unequivocal:

If you wanted to give me a slap for saying Theresa May probably shouldn’t bring God into conversations about Brexit, then you also have to be in favour of and cheerleading if someone of a different faith, and I’ll pick a Muslim mayor off the top of my head, says that he uses his faith in order to make his political decisions. You can’t like one and not like the other. Religion either has a role in public life or it doesn’t.

In short, O’Brien thinks faith should be separate from politics. But Karl Marx would argue that religion does have a fundamental political function. For the ruling elites. Religion suppresses ordinary people because it teaches that social justice will be achieved in the afterlife. It gives people false hope and encourages passivity. While this is worth considering, May appropriating Christianity for her own legislative decisions takes the politicisation of religion to another level. As O’Brien argues, there is no place for it in a modern society.