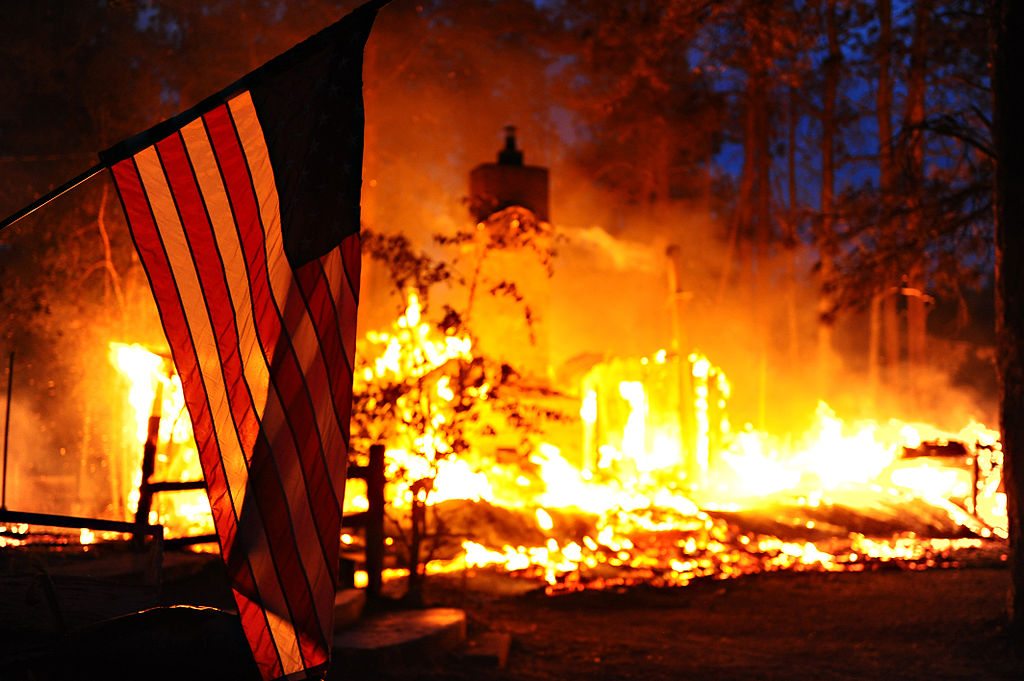 Donald Trump’s latest proposal – announced on Twitter, of course – has got supporters of free speech up in arms. On 29 November, America’s President-elect tweeted:

Nobody should be allowed to burn the American flag – if they do, there must be consequences – perhaps loss of citizenship or year in jail!

But while many US citizens treat their national flag with the utmost respect, others consider the principles it supposedly represents to be more important:

if you arrest someone for burning the flag, you may as well burn the constitution. That's just a fact.

Trump against the constitution?

The First Amendment of the US Constitution protects citizens’ right to freedom of expression. In both 1989 and 1990, America’s Supreme Court ruled that flag burning was a protected form of free expression. It insisted that the government “may not prohibit the expression of an idea simply because society finds the idea itself offensive or disagreeable”. And in 1967, the court also ruled that the government could not strip people of citizenship without their consent.

One Twitter user pointed out that even former Supreme Court Justice Antonin Scalia, who Trump has praised, defended people’s right to freedom of expression:

.@realDonaldTrump Dear #KingTrump: Even Scalia disagreed with you. So on this #GivingTuesday, I gave to the @ACLU in your honor. pic.twitter.com/NI89hJ3bof

But Trump isn’t alone in wanting greater punishments for flag burning. Even his former presidential rival Hillary Clinton co-sponsored a failed bill in 2005 that sought to make the act a crime punishable with jail time or a $100,000 fine.

Flag burning has long been a form of protest in the US. And recently, students at Hampshire College in Massachusetts allegedly burned an American flag in response to Trump’s election victory. Other similar protests have also occurred.

One Twitter user pointed out that the proper procedure for destroying damaged US flags is to burn them. In other words, even if Trump did try to push a ban on flag burning through, he’d have to include exceptions.

Other online commentators focused on the more pressing concern of what Trump’s proposal would mean for political freedom in the US. One commented on Trump getting away with his own controversial use of freedom of expression:

.@realDonaldTrump But it's still ok under the 1st amendment to freely engage in racist, divisive hate speech without fear of retribution?

. @realDonaldTrump First they came for the flag burners, and I did not speak out – for I was not a flag burner.

This was in reference to the famous quote attributed to outspoken Nazi critic Martin Niemöller:

It’s perfectly possible that Trump knows he wouldn’t be able to pass his proposal into law, and that he’s just trying to distract attention away from coverage of his and his son-in-law’s conflicts of interest. He has certainly manipulated the media like that before. But his Twitter assault on freedom of expression could also be a sign of his desire to repress his political opponents, which would be much more disturbing. And if this is the case, those in America who appreciate their freedom need to stand up now before it’s too late.