While Jeremy Hunt obsesses over sexting, a life and death NHS scandal has erupted - Canary

As Health Secretary Jeremy Hunt launches a crack-down on sexting teenagers, the NHS has lurched into another crisis. Startling information has revealed the extent of the chaos in UK ambulance services. But the blame lies firmly at the Health Secretary’s door. And while Hunt is worrying what Britain’s youth is up to on its smartphones, the ambulance crisis is putting people’s lives at risk.

While Hunt has been calling on social media companies to ban under-18s sending sexually explicit messages, the BBC has conducted some startling research into UK ambulance services. It found that only one of the UK’s 13 ambulance services is currently meeting its target of getting to patients with life-threatening conditions in eight minutes.

The BBC submitted Freedom of Information (FOI) requests to every ambulance service in the UK. It also found that the number of ambulances queuing more than 15 minutes at A&E to get patients admitted has rocketed by 52% in two years. It says this increase equates to over 500,000 hours of ambulance crew’s time. Or the NHS losing 286 ambulance crews for a whole year. 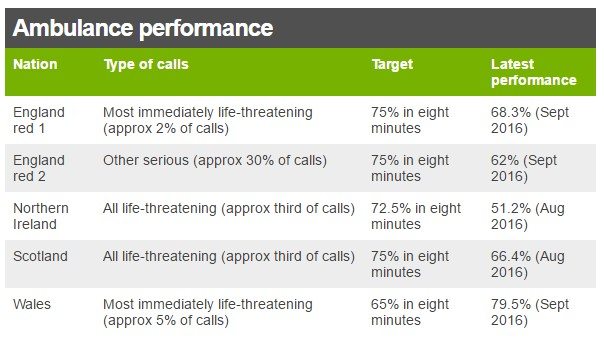 And what does Hunt talk about?

But on Wednesday 30 November, Hunt seemed more concerned with what some consenting teenagers were doing with their smartphones. In a statement over his proposed crack-down on sexting, the Health Secretary said:

I just ask myself the simple question as to why it is that you can’t prevent the texting of sexually explicit images by people under the age of 18.

Hunt says companies can stop teenagers sending explicit images. He was giving evidence to the Commons Health Committee on suicide prevention efforts. He also called for a crackdown on cyber bullying by the technology industry via the introduction of software that can detect when it is happening.

But tech experts disagree with Hunt’s assertions. Paul Bernal, a university lecturer in law specialising in privacy and human rights, told The Canary:

Hunt seems to have fallen into the classical trap of those who don’t really understand tech: expecting it to do magic. Young people sexting is a complex problem that can’t be solved by tech companies waving a magic wand. And attempting to do so is likely to cause far more problems than it solves. False positives, complacency from raised expectations, and the kids running rings around those operating the systems are just a start. And that’s not even going into the question of what he actually imagines he’s trying to stop.

We should welcome Hunt’s intervention over the rising number of young people taking their own lives. But by calling on tech companies to do more, he is merely putting a sticking plaster on the problem. Statistically, higher suicide rates are seemingly linked to increased deprivation. And the Tories’ austerity agenda has hit the poorest in society the hardest. Also, as The Canary previously reported, Children’s and Adolescent Mental Health Services (CAMHS) have seen cuts due to austerity of around £50m since 2010.

Meanwhile, ambulance bosses say that services are failing under increased pressure. And, once again, Tory austerity is, in part, to blame, due to cuts to NHS and social care services. As College of Paramedics Chair, Andrew Newton, said:

It’s not uncommon to find there are no resources to respond at all at a given time, particularly at nights and weekends. I was talking to one colleague recently who was explaining to me that the nearest ambulances were probably in France.

It’s time the Tories realise the harm – both to people’s mental and physical health – that their failed and possibly illegal austerity policies are having. But that admission from the government may be a long time coming. Meanwhile, the poorest citizens will continue to suffer due to policies decided by those who seemingly don’t care.

– Read more on the NHS from The Canary’s Health section.