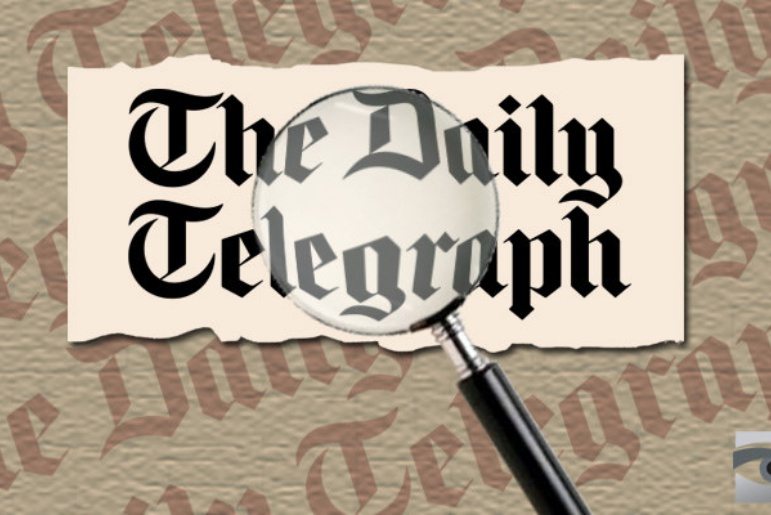 The Telegraph clearly thought it had to make a point about former Cuban leader Fidel Castro’s death on 25 November. And that perhaps wasn’t a surprise, given that it’s a right-wing paper owned by billionaires who the BBC once called “the tax haven twins”. But it was the way in which The Telegraph articulated its opposition to Castro’s government that was the attention-grabber, revealing both the paper’s hypocrisy and lack of transparency.

The power of ‘evil’

On 28 November, the paper slammed [paywall] how “democratic countries cannot state openly that evil dictators such as the late President Fidel Castro of Cuba were what they undoubtedly were”.

At The Canary, we looked at both the positive and negative aspects of Castro’s rule. For while there were advances in terms of healthcare (as praised by both UNICEF and the WHO) and education after the 1959 revolution in Cuba, there was also repression. As Amnesty International’s Erika Guevara-Rosas said, Castro was a “progressive but deeply flawed leader”. And one of the flaws Amnesty mentioned was the existence of the death penalty (though the last execution in Cuba took place in 2003).

While our focus was on nuance rather than name-calling, The Telegraph opted for religious-sounding hyperbole. For them, Castro was “evil”. But why would the paper use a loaded word with such moral connotations? Could it not have made its argument against Castro without it? Did it want to obscure the positive aspects of Castro’s rule – taking away his humanity by using the word evil? Would it be enough to distract from the fact that 50,000 Cuban-trained health workers are currently caring for victims of poverty and natural disaster in 66 countries around the world?

All these questions to one side, what The Telegraph‘s attack on a supposedly ‘evil’ world leader did lay bare was its hypocrisy.

Given that The Telegraph has previously called former Argentinian footballer Diego Simeone “evil”, we might think the paper just loves to use the word liberally. If we look at occasions when it could have used the word but didn’t, however, we get a clearer picture of where it draws the line.

Regarding repressive Western allies like Saudi Arabia and Turkey, The Telegraph has carefully avoided using the word evil. It has even argued that democracy can’t work in the Middle East; avoided calling South African apartheid evil; and made excuses for Chilean dictator Augusto Pinochet. So much for defending human rights and democracy, then.

Finally, when Israel attacked Gaza in 2014 and killed 1,492 civilians (displacing around 500,000 more in the process), the word evil was nowhere to be seen. In fact, the paper had urged us a year before to avoid simplistic ‘good vs evil’ terminology. It said:

Both sides in the Middle East conflict are fighting to sell their own narrative: us good, them evil. But it’s far more complicated… Instead of a debate, there are two echo chambers, airlocked against doubt and nuance.

If only it had used such a balanced approach regarding Cuba.

People deserve much better than the double standards of corporate papers like The Telegraph. If a government commits crimes, the media should hold it to account. Regardless of political sympathies. We do any analysis a disservice when we fail to recognise nuance or fail to explain why certain events have happened.

Were the anti-fascist Allied forces ‘evil’ because they killed 25,000 people in the Dresden bombing of 1945? Or what about their killing of 200,000 people in Hiroshima and Nagasaki? Did that make them evil? Whatever our answers to those questions, it’s clear that there’s a context behind all horrific acts.

With Cuba, there are a number of points to consider when assessing the post-1959 government. After the end of Spanish colonialism in the 19th century, for example, the US gradually sought to increase its influence in Latin America. And after the Russian Revolution, Washington gradually sought to ensure that there’d be no social revolutions (democratic or otherwise) in what it considered to be its ‘backyard‘. Its subsequent strategy involved undermining progressive movements while supporting numerous coups and right-wing dictatorships.

The Cuban Revolution, with its more forceful approach to taking power, came amid this context of US intervention and domination in Latin America. And as Southampton Business School Dr Denise Baden told the BBC after Castro’s death:

if you exposed America to the same lens, I think you’d have a stack of crimes that would overshadow what Fidel Castro’s done.

In particular, the 20th century saw the US support fascist dictators in Nicaragua, Guatemala, Paraguay, Bolivia, Chile, Argentina, and El Salvador – to name just a few. Not to forget its backing of major state supporters of terrorism like Pakistan, Turkey and Saudi Arabia – which are still massive US allies. And we could add to that list all of the millions of people killed during the many US invasions around the world.

In short, crimes against humanity deserve equal attention. Wherever they happen. And whoever commits them.

When the media talks about crimes, there is always likely to be a particular editorial stance. Are we liberal or conservative? Do we favour capitalism or socialism? Do we want elitist, representative, or direct popular government?

And it’s OK to differ. There are differences of opinion in society. But we should be open about our positions.

In its critiques of Fidel Castro, The Telegraph sought to hide behind talk of human rights, free speech, and democracy. But it has consistently shown that it only really has a problem with human rights abuses when those committing them run against its own worldview. The hypocrisy is clear. For The Telegraph, it seems that some crimes are evil, but others aren’t (even if they’re much worse). In other words, it’s not actually that bothered about human rights. It’s more bothered about making a political point against state-funded social welfare.

If The Telegraph supports elitist politics, fine. It has a right to do so. But it shouldn’t pretend to be a champion of human rights and political nuance in the process. Because it very clearly isn’t.

– Read The Canary‘s previous articles on Cuba and Latin America.

– Support The Canary so we can keep holding the mainstream media to account.