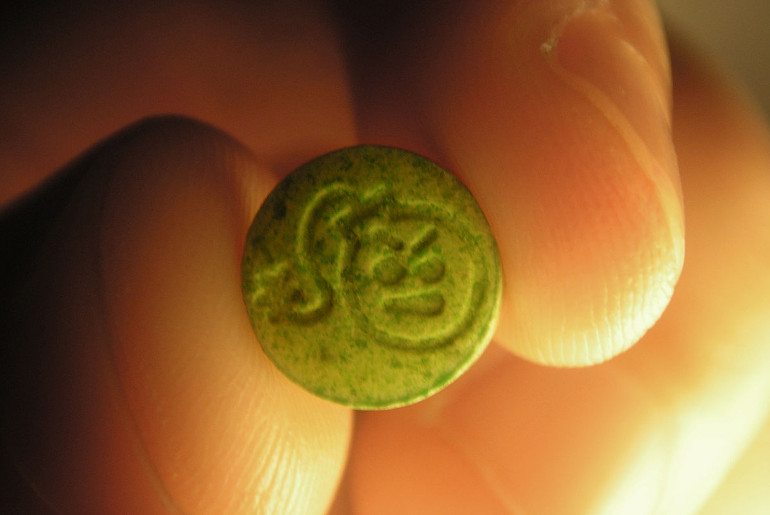 Dance drug ecstasy could be on the way to becoming a prescription medicine. On Tuesday 29 November, the US Food and Drug Administration (FDA) authorised large-scale clinical trials of ecstasy to treat post-traumatic stress disorder (PTSD). The new trials, involving 230 patients, could be the last step before the popular recreational drug is licensed for therapeutic use. Although authorised by the US FDA, the project is international in scope. Indeed, the high-purity trial batch of ecstasy will come from a specialist lab in the north of England.

Ecstasy is how most people refer to 3,4-methylenedioxymethamphetamine (MDMA), a psychoactive substance that produces euphoria and increased sociability. Side effects include increased body temperature, rapid heartbeat and dehydration. Although MDMA does not seem to produce physical dependence or withdrawal symptoms, tolerance builds up quickly, which can lead to increased use or over-reliance.

The drug was increasingly popular during the 80s and 90s [pdf p8], associated with the rave culture and dance clubs. After a steady decrease in its use after the mid-2000s, the drug is experiencing a comeback across Europe.

In the UK, MDMA is considered a class A drug. The maximum penalty for possession is up to 7 years in prison, and an unlimited fine. However, a 2008 report of the Advisory Council on the Misuse of Drugs recommended its downgrading to class B. The Home Office, though, rejected this recommendation.

Some researchers now believe that MDMA could be useful in the treatment of PTSD. This is a condition that affects people who have gone through traumatic experiences. War veterans are especially prone to suffer from it, but also sexual assault victims, police officers and firefighters.

PTSD is very hard to treat. Between 30 and 40% of patients don’t respond to current treatments. However, psychotherapy combined with taking MDMA seems to be working well. In one of the studies, 85% of participants could no longer be classified as having PTSD after three sessions of MDMA-assisted psychotherapy. All of the participants in this study were unresponsive to current treatments. A follow-up study three and half years later showed that the patients were still free of PTSD, despite not having taken new doses of MDMA. However, the sample size of this study was small.

The scientists involved in the research have applied for breakthrough therapy status, a fast track the FDA offers to promising drugs to treat serious or life-threatening conditions. If the proposal is admitted and the clinical trials go as expected, the drug could be prescribed in five years.

But other researchers are more cautious. Andrew Parrott, a psychologist at Swansea University who has studied long-term heavy users, warns that allowing doctors to prescribe the drug could boost addiction problems:

It sends the message that this drug will help you solve your problems, when often it just creates problems. This is a messy drug we know can do damage

To minimise this possibility, the researchers’ proposal for MDMA treatment contemplates using the drug only a limited number of times, always in the presence of psychotherapists and as part of a broader therapy.