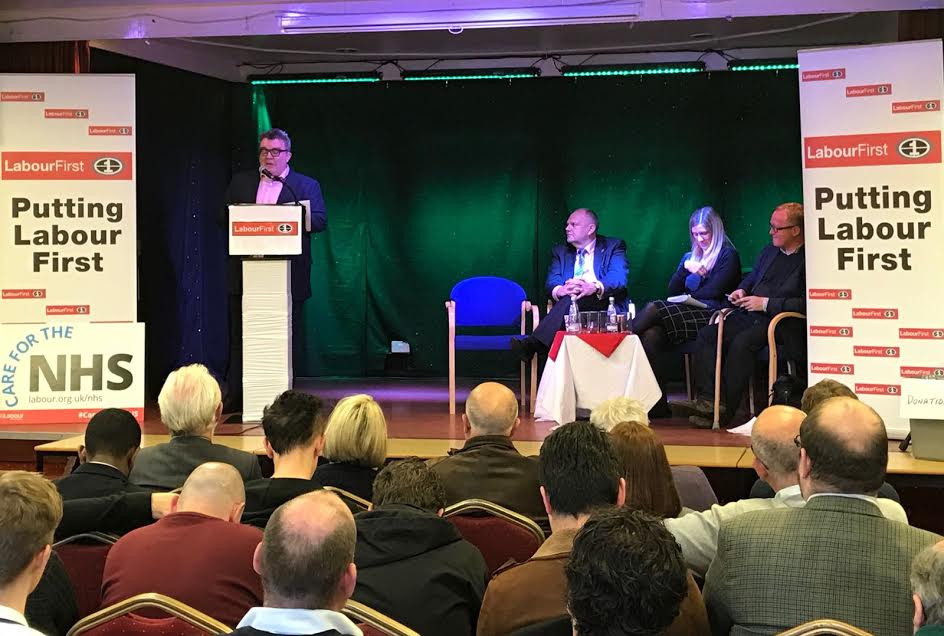 Right-wing Labour pressure group Labour First is holding a crowdfunding campaign to organise the next coup against party leader Jeremy Corbyn, and his supporters within the Labour Party and affiliated organisations.

The crowdfunding campaign, entitled ‘Labour First: Organising to fight the Hard Left‘, is (as the title suggests) not wholly in touch with reality. It reads:

Labour First needs to raise £40,000 to pay for a full-time organiser. For those who don’t know, we are a network of Labour moderates fighting against Momentum and other Hard Left groups to keep Labour as a broad-based and electable party.

The group provides no evidence for this alleged infiltration by the ‘hard left’. Indeed, as most objective observers are aware – there isn’t any. As Jeremy Rimmer wrote for The Huffington Post earlier this year:

Flagship policies such as renationalisation of the railways, heavier taxation on corporations and the wealthy, placing greater emphasis on mental health in the NHS, and protecting the NHS from all private influence are hugely popular. In an interesting piece last week, the BBC found that when the factor of the public’s perception of Corbyn, Labour and the left as a whole was stripped away, they were broadly sympathetic or even supportive.

Labour First is also on unsafe ground when it comes to the issue of electability. Blairism had been dying long before Corbyn arrived. By 2008, membership of the Labour Party had dropped to its lowest level since being established in 1900 – at just over 176,000. The party was over £18m in debt, with no grassroots support, and heading into political oblivion. Neither Gordon Brown nor Ed Miliband, both running on the Labour First platform, could turn things around. The result was a thumping defeat in the last two general elections.

Since electing Jeremy Corbyn and distinguishing Labour from the Conservatives and Liberal Democrats, the party has won in local elections, a number of key by-elections, and four mayoral elections. It now has more members than every other UK political party combined – at well over half a million.

But it seems the right wing of the party is in no mood for celebrating.

The anti-Corbyn wing of the Labour Party is organising a coup instead. It will be their second attempt.

Following a series of high-profile coordinated resignations after the Brexit vote, 172 Labour MPs voted no confidence in leader Jeremy Corbyn in an attempt to topple him undemocratically. They sought to bypass the half-million-strong membership of the party by forcing a resignation.

That plan failed when Corbyn insisted he would remain in his post until or unless he was deposed by the membership democratically. The Labour right responded by going to court in an attempt to strike Corbyn from the ballot in a second leadership election, again seeking to avoid any democratic intervention.

That plan also failed. With a second leadership election looming, the right wing of the Labour Party (still in control of the party machinery) began a purge of Labour members, attempting to reduce the Corbyn vote by as much as possible. Alongside this, there was an unprecedented smear campaign – backed by the likes of The Guardian, The Mirror, and even Channel 4’s Dispatches – against Corbyn, Momentum, and those who supported either. They were branded as ‘thugs‘, ‘cult members‘, and even ‘Nazi Stormtroopers‘.

Despite all this, Corbyn won the leadership election with an increased majority. Not only had the Labour right lost its battle against Jeremy Corbyn, but he had also strengthened his mandate.

All things considered, Labour First seems an unsuitable name for a pressure group dedicated to its demise. The supporters include actress Frances Barber, who has previously blamed Jeremy Corbyn for events as unrelated and tragic as the Nice terrorist attacks. Hedge fund tycoon Martin Taylor also appears on the recent donations list. Taylor has already donated £180,000 to the anti-Corbyn Labour Tomorrow group, and £16,800 to Labour MP Dan Jarvis (believed at the time to be a potential leadership candidate). 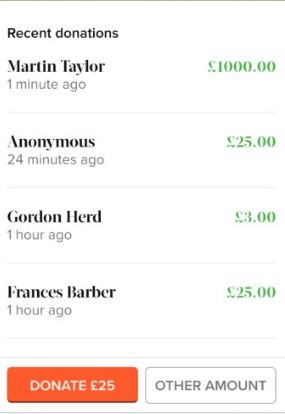 While the coup train trundles around its circular track, there are real fights to be had in UK politics on behalf of an electorate ravaged by 13 years of New Labour and six years of Conservative austerity.

The NHS is facing a funding crisis after being starved of money in a bid for privatisation.

Cuts to welfare have left record numbers of families reliant on emergency food banks to eat.

The repeal of working people’s rights has left a million people on zero hours contracts, with no job security, waiting on a phone call each Monday to find out if they have work.

In the 19 years since 1997, New Labour and Conservative governments have stripped away the human rights and civil liberties which took UK citizens hundreds of years to win. The government of Theresa May recently pushed through what experts describe as the “most extreme surveillance law ever passed in a democracy”.

All of these issues and more, such as the future of Britain in Europe, are pressing and urgent. But Labour First and the usual suspects across the Labour right are locked in a self-defeating war of attrition. The Labour right: a cluster of political Easter Island statues – their eyes forever fixed on an imaginary horizon, while the world burns around them.

Meanwhile, others must do the hard work of providing an opposition, and a plan for a better tomorrow.

– You can join Momentum here.

– You can join the Labour Party here.