One of Britain's youngest councillors has declared war on Theresa May, and it's brilliant news for workers - The Canary 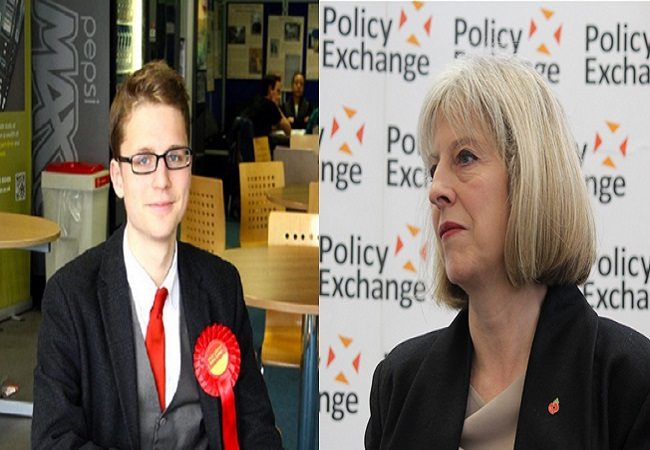 One of Britain’s youngest councillors is taking on Theresa May’s government over poverty pay. And it’s his peers he’s fighting for, as he is tackling the issue of the national living wage; specifically how little 18-to-24-year-olds are paid.

Josh Brandwood was elected last year to sit as a Labour councillor in Morecambe, Lancashire – at just 20 years old. Brandwood, who studied public services and criminology at the University of Central Lancashire, says it was his lecturer Wajid Khan who first inspired him to become politically active. But it was more than this. As he told The Canary:

While growing up, I sadly witnessed social inequality and poverty and felt that it was my duty to stand up and change the status quo. Being a Labour councillor inspired me to make a positive difference to my local community.

And now, Brandwood wants to take that political activism to a national level. He has recently launched a campaign to get 18-to-24-year-olds the national living wage.

The government’s national living wage was introduced on 1 April 2016 for all working people aged 25 and over. It is currently set at £7.20 per hour. In April 2017, it will go up to £7.50. But for those under 25, the national minimum wage still applies. As Brandwood explained to The Canary:

Currently, the National Living Wage only applies to workers aged 25 and over, meaning those aged 18-24 can be paid significantly less for the same work. As it stands, those between the ages of 21 and 24 are currently paid 50p less an hour than the National Living Wage. That is predicted to rise to a difference of £1.21 per hour by October 2020. The margin is greater again for those between 18 and 21, who are paid £1.90 less an hour.

Brandwood says it has been estimated that, in the next five years, people under 25 on the minimum wage will earn around £11,000 less than an older colleague. Matthew Hancock, former Conservative Minister for the Cabinet Office and Paymaster General, argued that:

Anybody who has employed people knows that younger people, especially in their first jobs, are not as productive, on average. Now, there are some who are very productive under the age of 25 but you have to set policy for the average. It was an active choice not to cover the under 25s.

But Brandwood argues this is “fundamentally untrue”, as there is no evidence that supports this statement. But as the Joseph Rowntree Foundation (JRF) has documented, there is evidence that under-25s have seen a decline in their living standards. There are now 400,000 more under-25s living in poverty than in 2005. Also, young people are four times more likely to be unemployed, and five time more likely to be on a zero hours contract than their older counterparts.

The next generation is being condemned to a worse set of circumstances in which to live, work and raise a family… A large proportion of young people are being locked out of the opportunities they need to build a secure future. A secure home, a job that pays the bills and the chance to get on in life.

So Brandwood has started a petition against what he sees as a raging inequality. His aim is to put pressure on this government to make the national living wage accessible to 18-to-24-year-olds. But with the most right-wing government in years, changing May’s mind is going to be a struggle. Brandwood seems confident, though. And if the public gets behind him, then maybe we can see some equality in the national living wage.