Jeremy Corbyn delivers a knockout blow to Theresa May, with just 40 seconds on the clock [VIDEO] - Canary 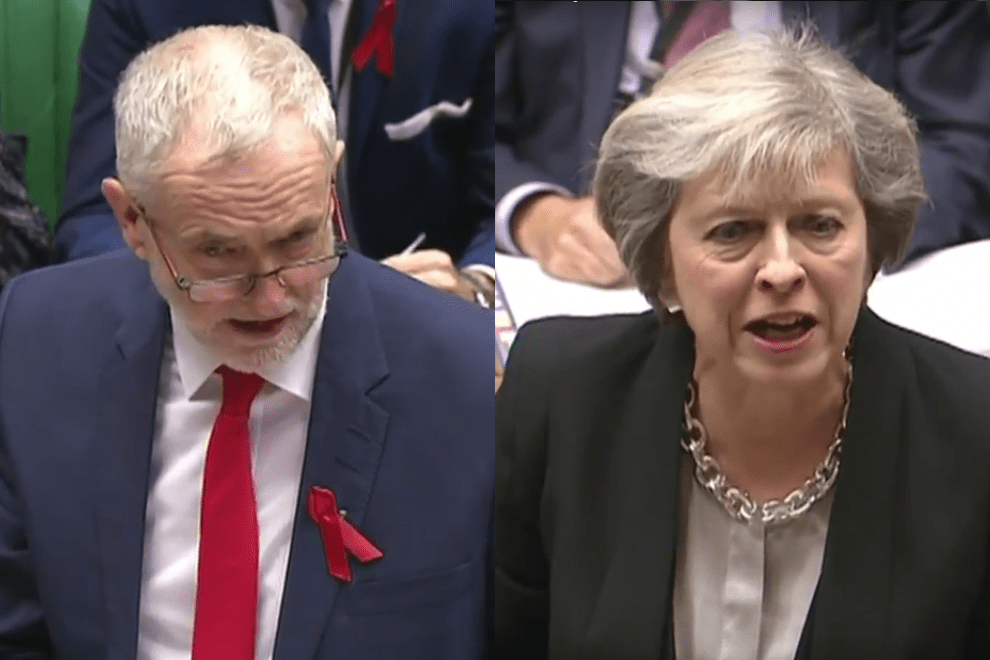 Jeremy Corbyn opened Prime Minister’s Questions on 30 November with what looked like a knockout blow to Theresa May. The Labour leader laid into the Prime Minister on her party’s economic record:

The only thing looking up for the government is debt, according to Corbyn. Indeed, the Conservatives have managed to increase public debt by well over half a trillion pounds since they came to power in 2010.

In response, May resorted to twisting the truth:

I’ll give the right honourable gentleman some facts: the IMF says this will be the fastest growing advanced economy in the world this year.

Not quite. The International Monetary Fund (IMF) said the UK will be the fastest growing economy for 2016 in the G7 (an informal bloc of seven advanced countries). Far from the entire world. And the misrepresentation goes further. May suggests that the Conservatives are behind such growth. But Novara Media Co-founder Aaron Bastani provides context implying otherwise:

The reason why we have any growth at all, and they keep on saying we’ve got the highest or second highest growth in the G7, is because we’ve got higher rates of immigration and higher birth rates. We’ve got more people working, consuming and making stuff.

Britain is defying Europe’s falling birth rate, increasing demand in the economy. At the same time, net migration is at an all-time high, contributing to growth.

Moving on from growth, the next part of May’s comeback appeared to be tautologous:

Unemployment is down. We have record numbers of people in employment.

Critics may point out that saying both unemployment is down and employment is up suggests a lack of positive economic points to make.

But May is correct here. UK unemployment fell to an 11-year low this September. But on closer inspection, it doesn’t look so peachy. Since the financial crash of 2007-8, UK wages have dropped 10.4% in real terms. This has only been matched by the economic calamity of Greece. By contrast, real wages grew in Poland by 23%, in Germany by 14%, and in France by 11%. People may be in work, but relatively they are earning a huge amount less than nearly a decade ago. To top it off, more than 7 million Brits are in precarious jobs – one in five workers.

The Conservatives’ ultimate argument is that they are economically competent. But concrete evidence shows this to be nothing short of a mirage. Facilitated by an insufficiently critical mainstream media, careful rhetoric and repetition from the Conservatives gives the impression they have a handle on economics. In reality, we’re earning less and working harder, while public debt skyrockets. Corbyn’s right on this one, the “long-term economic plan” is an utter failure.

– Check out these charts that make the Conservatives’ economic record clear.