Singing could get you 15 years in jail, if you live in a country the UK is selling fighter jets to 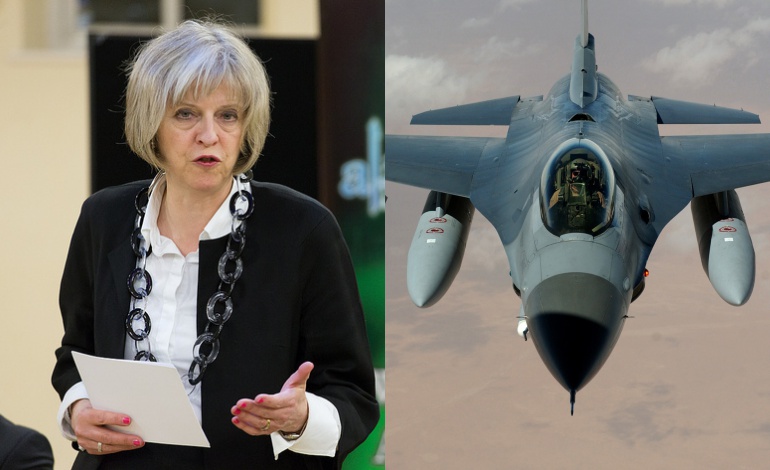 12 men are facing 15 years in jail for singing. In a country with which the UK recently agreed a £100m fighter jet deal.

In August 2016, the men were arrested in a park in Istanbul, Turkey. They were singing in Kurdish. And they have been in prison ever since. They are charged with using ” propaganda on behalf of an illegal organisation”.

But according to opposition newspaper Cumhuriyet, they were just singing and having fun in the park until the police turned up. And their lawyer, Gamze Sariyel, believes their arrest was because they were from a Kurdish area in south-eastern Turkey:

The police came to park and looked at the IDs of them, and saw Diyarbakir as hometown in eight IDs. Police then was heard saying as ‘These guys are certainly terrorists’.

This isn’t the first time the Turkish state has treated singing as terrorism. And the threat of a long prison sentence is very real. In 2015, Nûdem Durak was sentenced to 10.5 years imprisonment. Her sister told Corporate Watch:

[The police] said that she is in the top management of the KCK, the bigger organisation above the PKK [Kurdistan Workers’ Party]. It is a lie. Everybody knows the names of the KCK management. Nûdem is not a member of the KCK. Even if you wanted to be you couldn’t be. You need 20 or 30 years of experience with the PKK to be a member.

Asked about the real reason for her sister’s arrest, she replied:

They arrested her because she is Kurdish and because she sings in Kurdish. Kurds are forbidden to speak Kurdish in Turkey. They want to destroy Kurdish culture. They banned Kurdish education and our language.Nûdem has tried to keep our language alive. Everybody loves Nûdem in Cizre. She’s a phenomenom here.

These are just two examples from President Erdoğan’s increasingly repressive campaign against all who oppose him. Since the failed coup against him, he has used every opportunity to crack down on the opposition. Among those arrested and imprisoned are journalists, lawyers, and academics.

But this reality didn’t seem to bother Theresa May. In her bid to appease despicable leaders for post-Brexit deals, May agreed to a £100m fighter plane deal. She stated:

This agreement underlines once again that Britain is a great, global trading nation and that we are open for business.

And according to a government spokesperson, this could just be the beginning:

We would expect this to unlock further deals.

Andrew Smith from Campaign Against Arms Trade (CAAT) was quick to criticise this deal:

There is a hypocrisy at the heart of UK foreign policy, and the message this sends to those being repressed or locked up for their beliefs is that their human rights don’t matter. The fawning images and uncritical support are not just a propaganda victory for Erdoğan; they’re a slap in the face for human rights campaigners and political prisoners across Turkey.

May’s actions in courting Erdoğan are disgraceful. The UK should not be selling arms to human rights abusers. But unfortunately, as is the case with Saudi Arabia, morality seldom gets in the way of a quick buck.

And while it is May out wining and dining vile world leaders, it is arms dealers who are profiting; who are happy to gloat about making money from bloodshed; and who have factories and offices around the country. But we can take action.

– Support CAAT in its work against the arms trade.

– Find the arms dealer nearest to you, and take action.