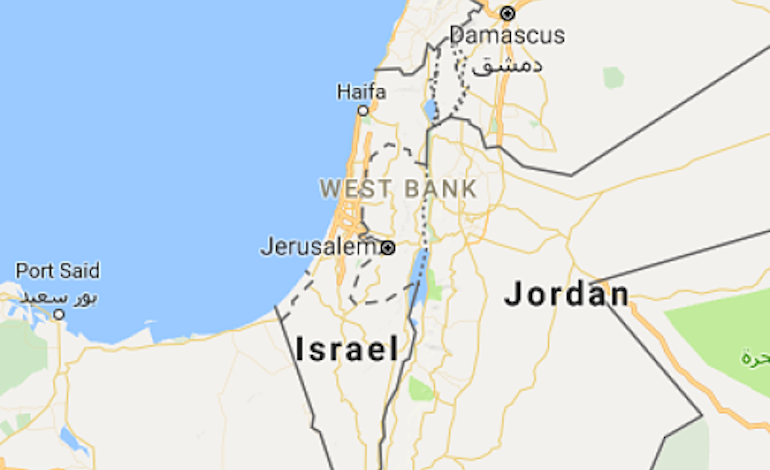 Lonely Planet, a popular and well-respected travel guide company, took a misguided step when it came to promoting a key destination in its material. The company has designated one of five remaining Syrian villages in an occupied territory of the Syrian Golan Heights as part of Israel. But it is in fact under an illegal occupation by Israel. And doing so could make Lonely Planet a facilitator of the human rights violations those in the area have endured.

Two thirds of the Syrian Golan Heights have been under military occupation since 1967. And Israel unilaterally annexed the territory in 1981. A move the UN condemned. Residents have also been subject to human rights violations. Lonely Planet mentions the historical and political context of the Golan Heights only briefly.

An area of outstanding beauty, the territory receives over a million Israeli tourists each year. It also accommodates a sizeable Israeli settler community. Over 20,000 settlers in 30 settlements now live illegally alongside around 20,000 Syrians.

Lonely Planet effectively promotes tourism to these illegal settlements, describing them as “small, middle-class communities”. But the organisation also pointed out to The Canary that it covers and provides travel advice “on almost every country in the world” with the aim of enabling travellers to “make an informed choice on their visit”. And regarding the Golan Heights, it insisted that the aim of its introduction is to make sure that readers “are made aware of the disputed status of the area before they read any further”.

Tourism in a historical context

Electronic Intifada describes one tourist activity – skiing on Mount Hermon while staying in “Swiss Alpine type” village Neve Ativ – and the history behind it:

there is no mention that Neve Ativ is an illegal Israeli settlement built on the ruins of the Syrian village of Jubata al-Zeit.

Jubata al-Zeit fell victim to the development of Mount Hermon… Following advice from Israel’s Nature Reserves Authority in January 1968… that the mountain’s snow makes it ‘a unique site for the citizens of Israel,’ a new government body, the Hermon Authority, was established under military jurisdiction and plans initiated for the development of a ski resort.

This involved the destruction of Jubata al-Zeit… 1,500 residents were forcibly transferred and forbidden from returning after the village was designated a closed military zone.

Jubata al-Zeit was one of 340 Syrian villages that Israel destroyed in the Golan Heights. And, in many cases, it then built settlements there using the same stones.

Al Marsad, a human rights organisation that came across the inaccuracies, asked Lonely Planet for an explanation. But the organisation said it had provided:

relevant information in the introduction to the Golan Heights section to inform travelers’ decisions, but to give further detailed political or historical analysis wouldn’t be appropriate for a travel guidebook.

since the Golan is annexed by Israel and travelers can pass freely within this region, while they cannot pass from Syria to the Golan, it makes more sense from a traveler’s perspective to categorize the destination with Israel on our website.

Lonely Planet emphasised to The Canary that this categorisation was an editorial decision and not a political one. And it stressed that:

Lonely Planet takes great care to provide travellers with an informed and objective view of a destination to enable them to travel responsibly – and a thorough overview of the history of the region is a key part of this.

But Lonely Planet is not alone in its categorisation. Accommodation websites Airbnb and Booking.com also describe the Golan Heights as part of Israel. And like these companies, Lonely Planet may find itself at the receiving end of a boycott as a result. After all, promoting tourism to land under an illegal annexation could be seen as brushing over the violations that took place there, and an insult to those that have suffered.

UPDATE: This article was updated at 8:42pm on 2 May to more accurately reflect Lonely Planet’s attempts to give an objective account of the historical and political context of the Golan Heights.

– Support the movement calling for Boycotts, Divestments and Sanctions of illegal Israeli settlements. You can find out more here.