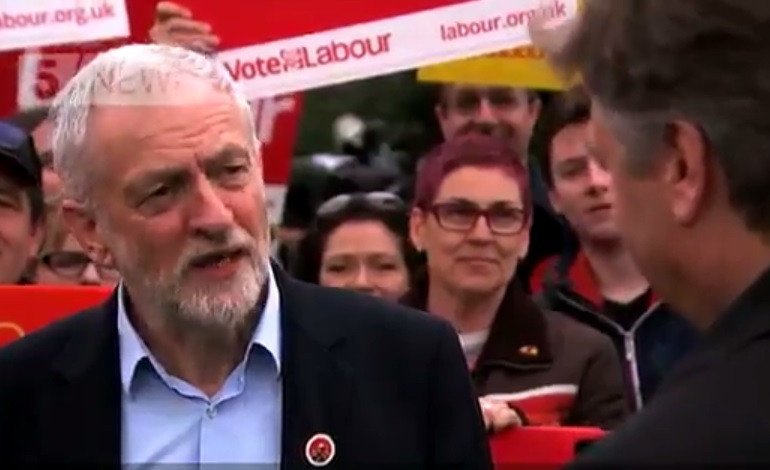 The word ‘mugwump’ hit the headlines on 27th April. Because Foreign Secretary Boris Johnson hurled it as an insult at Jeremy Corbyn. But now the Labour leader has responded to Johnson’s silly slur.

Corbyn’s explanation of why ‘mugwumps’ have come to the fore, however, gives the word a new meaning. And it’s one that, thankfully, actually makes sense.

Have there ever been a better response to personal abuse? https://t.co/BTzuvA8jbO

Johnson’s outburst about “mutton-headed old mugwump” Corbyn featured in The Sun. And although the BBC described it as a “scathing attack”, most of media have spent the week trying to find out what it actually means.

And now Corbyn has waded into the debate, after 5 News confronted him on the matter. 5 News asked Corbyn:

Mugwump – what do you think of that?

Eight days into an election campaign and Boris Johnson is reduced to name-calling. Which rather suggests to me he’s run out of serious arguments. He hasn’t even managed a week and a bit.

Corbyn then explained how he intends to respond to the Tories’ strategy:

So, I don’t do name-calling, I don’t do personal abuse. We’re serious about this election.

There is a serious choice before the people of this country.

Johnson’s comment has sucked up masses of media airtime since he made it. So, it certainly has distracted from real policy arguments. And perhaps, as Corbyn asserts, that was the whole point. Because in the moments the media conversation has turned to the substance of the Conservative Party’s proposals and ideas, Johnson has not inspired confidence. And neither have other Tory ministers. Rather, they’ve revealed how dangerous the current government’s ideas are.

And as one person wrote in The Guardian, after years of being “bombarded with anti-bullying messages” in education, young people probably won’t appreciate Johnson’s personal attacks. So, he may well have burnt some bridges between the Tories and that demographic.

We should, therefore, thank ‘mugwumps’ everywhere. Because their bizarre introduction into the election campaign has yielded results. We’ve actually found out a fair amount about how the two main parties function. Regardless of what Johnson hoped his intervention would achieve.