In under five minutes, voters are shown the stark choice they have in the election​ [VIDEO] - Canary 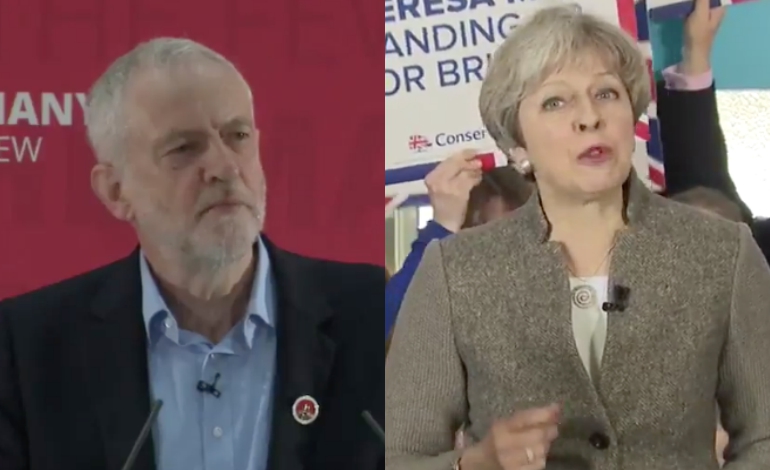 Videos released of party leaders speeches show a marked difference between our two potential Prime Ministers. And they give voters a clear choice for the type of person they want to lead the country.

At the London Metropolitan University, Corbyn spoke about his time in politics and his vision for change:

In that time, I’ve seen prime ministers and leaders of the opposition come and go, but for all their achievements and failures, what I didn’t see was a sustained attempt to rid this country of what really holds people back. I never heard a clear invitation for everyone in the country to work together and create a real alternative to our rigged economy.

But when campaigning Corbyn was most passionate in his defence of young people and ensuring they overcome the challenges they face. He stressed it was time for them to “stand up” and register to vote.

Brilliant speech by Jeremy Corbyn this morning. His best yet. He really understands the challenges faced by the many pic.twitter.com/yKBw3H84UD

And he highlighted the fact that young people not voting only benefits the Conservatives:

Apathy and resignation will secure them seats on election day.

Meanwhile, the main point in May’s speech was:

Every vote for me and my team will strengthen my hand in the Brexit negotiations.

But the problem for May is that this simply isn’t true. On the day she was making her speech, EU leaders were meeting to set out the terms of the Brexit negotiations. They decided to make the rights of EU citizens in the UK a first priority of negotiations. And they agreed that the EU should negotiate as one bloc. EU leaders don’t appear to care what Theresa May’s mandate is for Brexit, and there’s no reason why they should.

What sort of leader do you want?

Throughout the campaign, May has done nothing other than issue soundbites about “strong and stable leadership”. There has been little substance to anything else she says.

It’s a clear choice. Believe the meaningless soundbites. Or believe the word of a man who has been true to his politics for decades; one who genuinely wants to create a fairer, more equal society.