BREAKING: How HSBC's 'dark money' could have bought the Conservatives the 2010 general election - Canary 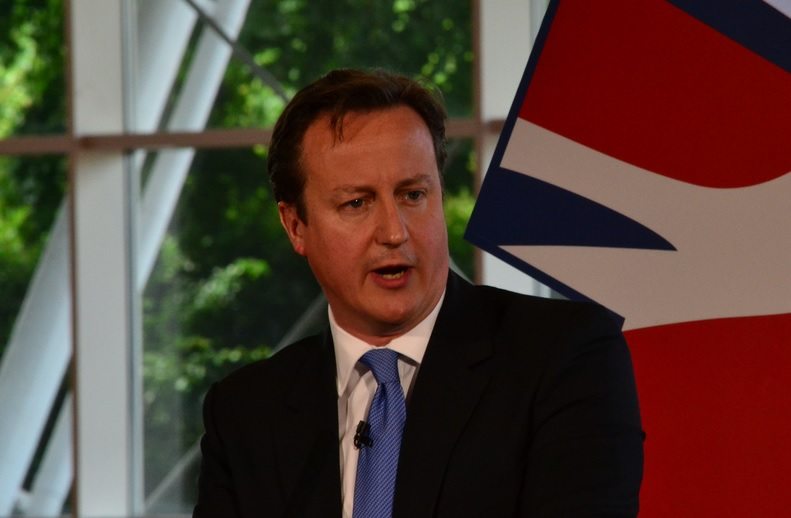 The Canary can exclusively reveal a fresh election expenses scandal involving the Conservative Party. It’s one that goes to the heart of David Cameron’s 2010 election campaign, as well as the EU referendum. One senior Labour MP has told The Canary it needs investigating for “potential criminal behaviour” by the Conservatives.

The story centres around a private investment firm called IPGL, run by former Conservative Party Treasurer Michael Spencer. In October 2008, HSBC made [pdf] a £214.2m loan to IPGL. At the time, IPGL was in financial difficulties, with one of its subsidiary companies (a betting firm called City Index) reporting [paywall] £43m losses. Spencer had to put in £70m of his personal £1bn fortune to bail out the failing company.

But despite these losses, from 2007 to 2011 IPGL was donating between £500,000 and £1.1m a year to the Tories [pdf p4]. And it specifically gave [pdf p6] £1.03m to the Conservatives’ 2010 election campaign. Including £18,706 directly to Cameron, which paid [pdf p60] for him, George Osborne and four unnamed others to fly by private jet to the World Economic Forum in Davos, Switzerland. Months before the 2010 general election. The Guardian also named Spencer in Cameron’s “cash-for-access” scandal, as he attended private dinners with the former PM at Number 10.

Spencer had gone on the record to state that he would ensure enough election funding for the Tories to “blow [Labour] out of the water”. The party reportedly needed £40m for the election campaign. Spencer had also co-founded the Conservative Party Foundation, a group with the specific aim of “underpinning” the party’s finances.

All the while, Chancellor Osborne was fighting for HSBC to not be prosecuted over the Mexico drug-running, money-laundering scandal.

The Canary went to HSBC’s annual general meeting on 28 April. Here’s an interview with Fionn Travers-Smith of Move Your Money from the event (video provided by a campaign group):

Labour MP John Mann said that it was “the biggest party donor scandal ever”. And he told The Canary:

Once again it has been left to journalists and the public to bring to light the dark money flowing through our political system. Despite reporting substantial and consistent losses, IPGL still made sizeable donations to the Conservative party over many years. For a company in financial crisis this was a high-risk strategy. When private companies make big donations to political parties there is usually an expectation that their influence will be extended, and so a question must be raised about what they were expecting to get in return. A question must also be raised about HSBC’s role, and whether they were aware the loan they made may have been used to fund political donations.

We already know that there are gaping loopholes in political donations rules that urgently need to be closed, and we are stuck in a cycle of scandal and investigation, followed by inaction. Dark money will continue to flow through our political system and undermine democracy so long as political parties are beholden to big donors, and public trust in political institutions will continue to decline as a result.

Essentially, off the back of dodgy money from HSBC, the Conservative Party campaigned for and won the 2010 general election.

This raises questions about the way the financial services industry monitors just where its money is going. But it also casts a dark shadow over the Conservative Party’s victory in 2010. Because, if the party got money from IPGL via HSBC, which the bank should never have lent to IPGL in the first place, the whole election could be thrown into disrepute.

Both the Conservative Party and Osborne’s office refused to comment. No response from HSBC was received by the time of publication.

IPGL has provided all relevant information in this regard to the Conservative Party.

As IPGL is a private company, it does not have any comment on this.

Alongside the ongoing 2015 ‘Tory election fraud’ scandal, the 2010 result could be in question. So what, if anything, can the public do to get the Conservatives out of power? One solution appears simple: vote the Tories out on 8 June.

Update: This article was updated at 12.04 on 4 May 2017 to clarify that the videos were provided to The Canary by a campaign group.